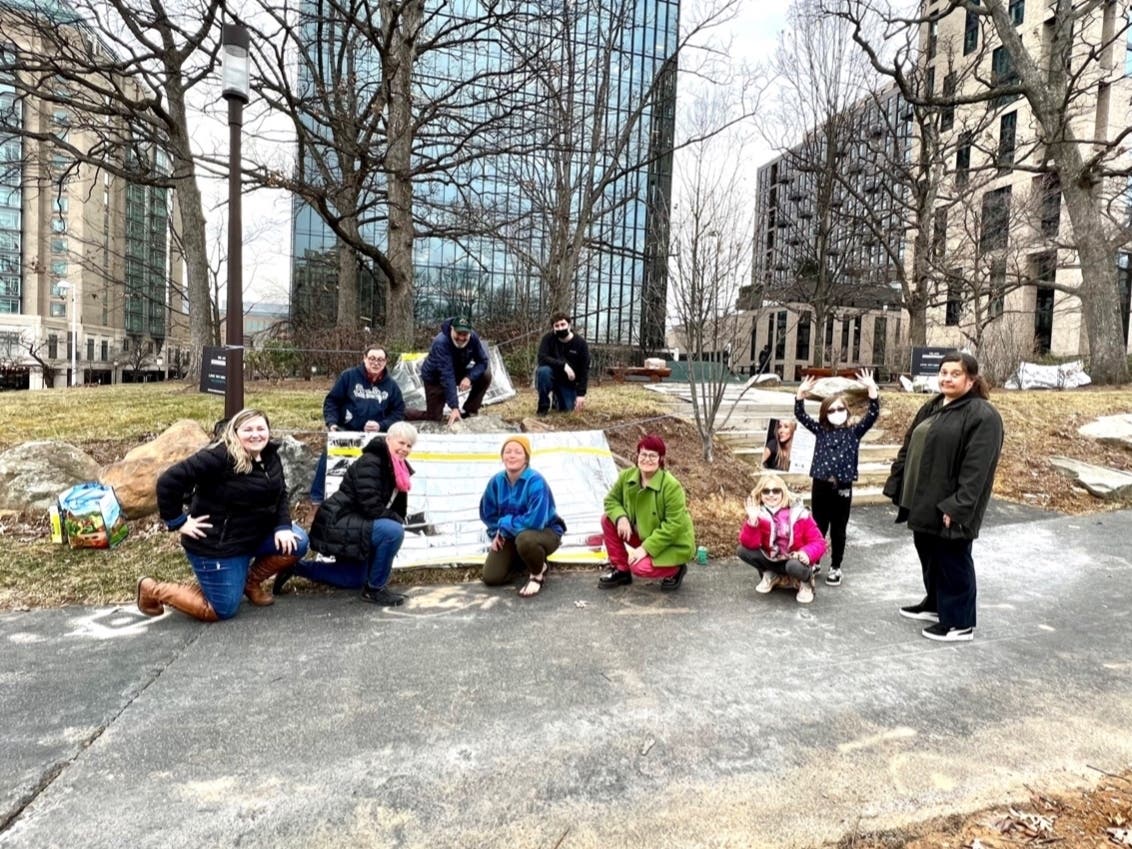 RESTON, VA – Anyone walking around this past weekend had a good chance of spotting one of the 100 reflective emergency tents that volunteers had set up around Reston to bring attention to the problem of homelessness and the many homeless people living in the Reston community.

Reston Strong, the nonprofit that was behind last weekend’s effort, first formed in 2020 to help local nonprofits that were seeing a decline in donations due to the pandemic.

“We have launched contactless donation pods which have been installed in four Reston locations, with a group of our community partners including Cornerstones and Helping Hungry Kids and a few others,” said Sarah Selvaraj-D’Souza, an at – important member of the board of directors of the Reston association and one of the founders of Reston Strong. “People were able to shop for groceries and drop off donations without having that in-person interaction, and nonprofits were able to pick up donations again, keeping everyone safe.”

Since then, Reston Strong has expanded its mission to provide humanitarian assistance to the Reston community, whether it’s food, shelter or mental health support, according to Selvaraj-D’Souza.

The group held a food drive in November to provide hot Thanksgiving dinners from Harris Teeter to food-insecure families in Reston. The campaign’s fundraiser was so successful that it raised $2,000 more than the group’s original goal of $8,000.

“We had more money, so we decided to feed other members of our community as well,” Selvaraj-D’Souza said. “It started the process of getting out and finding our neighbors who are living in tents. We realized it was a bigger number than we originally thought.”

Reston Strong identified at least four encampments in Reston, with homeless neighbors living in tents in snowy and freezing weather. In order to help, the group started making grocery deliveries to each of the camps every Friday, but the volunteers soon realized there was an awareness problem in the wider community.

On December 21, Reston Strong launched an encampment awareness initiative as a way to begin the process of identifying ways to help.

“Advocacy, partnership and collective action have long been a part of Reston’s history, starting with Robert E. Simon,” Cornerstones CEO Kerrie Wilson said in a statement supporting Reston’s efforts. Reston Strong. “Now, as the pandemic has so clearly demonstrated, the economic, health and emotional instability of our most vulnerable neighbors is at a critical level. This weekend’s action by #RestonSTRONG highlights this need and recalls our collective history of investment and action in addressing homelessness and housing justice.”

In March, Reston Strong joined forces with Cornerstones, Fairfax NAACP and the Northern Virginia Affordable Housing Alliance, among others, to submit an application to the Fairfax County Board of Supervisors requesting an amendment to the county’s zoning ordinance to allow a temporary transitional housing as rightful use. This would free up some of the vacant commercial real estate in the area to allow people living in the encampments to be accommodated.

“There are commercial properties in Reston that are vacant that cannot be reallocated or repurposed due to heavy zoning restrictions,” Selvaraj-D’Souza said.

The zoning change would allow some of the homeless people already living in the community to be temporarily housed near where they work, rather than having to relocate elsewhere to a county shelter.

“Some of the guys who live in the tents work in downtown Reston,” Selvaraj-D’Souza said. “Uprooting them and moving them to another shelter doesn’t work because now he’s going to be jobless on top of being homeless.”

Reston Strong and its partners will also ask the county to dedicate a Mobile Mental Health Crisis Unit based in Reston as a pilot program.

Anyone wishing to support Reston Strong’s efforts can find more information on the organization’s website, but Selvaraj-D’Souza encouraged the public to write to the oversight board and demand solutions.

“You don’t have to agree with the solutions we offer,” she said. “But at least put pressure on them to come up with solutions. It will get them thinking about solutions. It’s not good to just say, ‘I want the tents to go away.’ They are human beings and wishing them to leave will not solve the problem.”

The Centennial History of Winter Carnival - The Williams Record