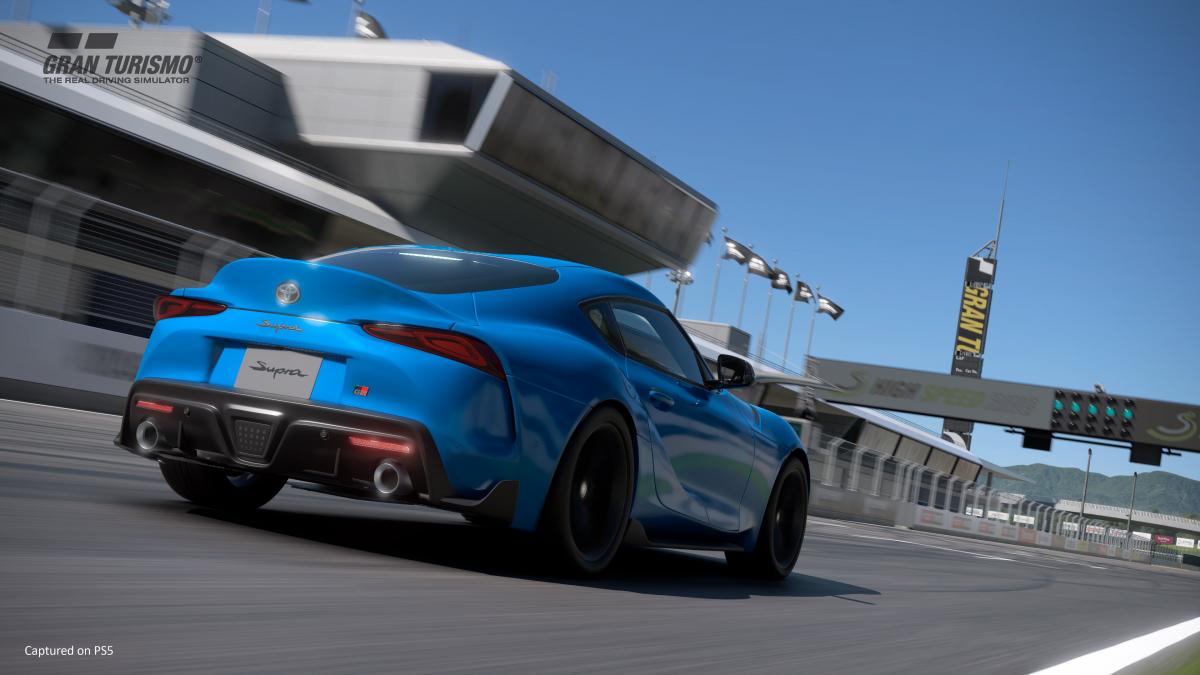 Gran Turismo 7 is a love letter to the car and a return to form for a famous single-player franchise that had dabbled in multiplayer in recent years.

Gran Turismo is a franchise that means so much to so many people, myself included. There’s something incredibly fascinating about starting out in a slow road car and working your way up to pilot the ultimate race cars on the most iconic circuits.

This, and the story of specific cars, and cars in general, is at the heart of what Gran Turismo 7 is.

GT7’s biggest triumph is its Cafe, and how that frames the game. The Cafe gives you objectives that involve collecting various cars, all with a particular theme. This theme can be iconic Japanese road cars from the 90s or exotic Italian sports cars such as Ferraris, and it takes you around the world on a wide range of tracks (including the famous Bathurst tracks, Nurburgring Nordschleife and Le Mans!). As you collect cars and complete cafe menus, you gain more information about the cars and why they are iconic. It really conveys a love for cars and will really please. Also, the collectible item appeals to “enthusiasts” (hoarders) like me.

Series creator Kazunori Yamauchi felt that the love of cars seems to have waned in recent years (especially since the first Gran Turismo game launched 25 years ago!), and this mode reflects both his love for cars, but will also invigorate players. interest in learning more about car development and how cars as a whole have evolved, even over the past 30 years.

As you progress through the cafe, in addition to seeing the different cars and learning their history, it unlocks the game’s different modes and acts as a kind of tutorial, teaching players new and old the mechanics of the game. game and how to get the most out of it. use of these.

Cars can be purchased from three different dealerships – a used car lot for most cars from the late 90s and early 2000s, a dealership for more modern cars, and a legendary car dealership for absolutely iconic cars.

The used car dealership is a throwback to a popular feature from previous games, allowing players to occasionally grab a bargain. the dealerships themselves have incredibly detailed stats and knowledge bases on each car, and the legendary dealership really takes the love for the cars one step further; highlighting why these historic cars are so special.

As for how the game plays, it’s what you’d expect from Gran Turismo, or indeed any driving simulator. Each car feels distinct and different – there’s no way to confuse driving a Suzuki Swift with a Le Mans prototype. The biggest area of ​​improvement in this iteration is the focus on better car sounds, especially in race cars. In what was historically a weak point, the cars now sound a lot grittier and more realistic, although I wouldn’t say they’re perfect. On the PS5, the use of 3-D audio functionality really complements that.

Another PS5-specific feature that enhances the gaming experience is the use of the DualSense controller. You can feel when the car is skidding, feel when you go from the road surface to the curbs and reverse them, feel when you have locked the brakes. This increase in feel really improves the experience for gamers using the controller, whether new gamers or series loyals.

The other hallmark of the Gran Turismo series over the years has been its graphics. I remember playing Gran Turismo 3 in the early 2000s and thinking (comically now) that they couldn’t do better. GT7 on PS5 is borderline photo-realistic and looks absolutely amazing.

For those with monitors or TVs that support 4K and HDR, the scapes (photography) mode with ray tracing enabled is amazing. With a little play, you can create images that are almost indistinguishable from reality. There’s a subset of gamers who only play the game to use this mode, and they’ll be in heaven with what’s on offer here.

In conjunction with the full-fledged single-player elements, GT7 also includes a robust multiplayer mode. You can create lobbies with customizable parameters with your friends (or even strangers on the Internet) and organize one-off races, drift sessions or competitive leagues. There are also daily races and championships, although these weren’t active prior to release, so it remains to be seen if there’s any innovation there.

All in all, GT7 is a spectacular return to form for a series that hasn’t had an entry like this since 2013 and the PlayStation 3 (!). However, there is one difference which may be controversial for fans – at launch there are just over 400 cars available, and compared to GT Sport there are only a dozen new cars. This will frustrate players who expect to see various new cars, or one specific new one.

As GT7 is considered an evolving experience, cars and tracks will be added over time. However, the glory days of having 1000 cars and 55 different variations of the Mazda MX-5 seem over. When it comes to updates, the game also requires a constant internet connection, even for single-player content, and players who prefer to play offline (or have sporadic internet issues!) may be at a disadvantage.

That being said, Gran Turismo 7 is a brilliant return from one of Sony’s behemoth franchises. There’s a wealth of content, catering to so many different players and plenty of easter eggs for fans of the series (including me being in the game, keep an eye out!), and the perspective it only growing in the near future makes it an essential buy for fans, or even someone keen to see what it’s all about.

The rhythm method questions the stories told by our inherited history