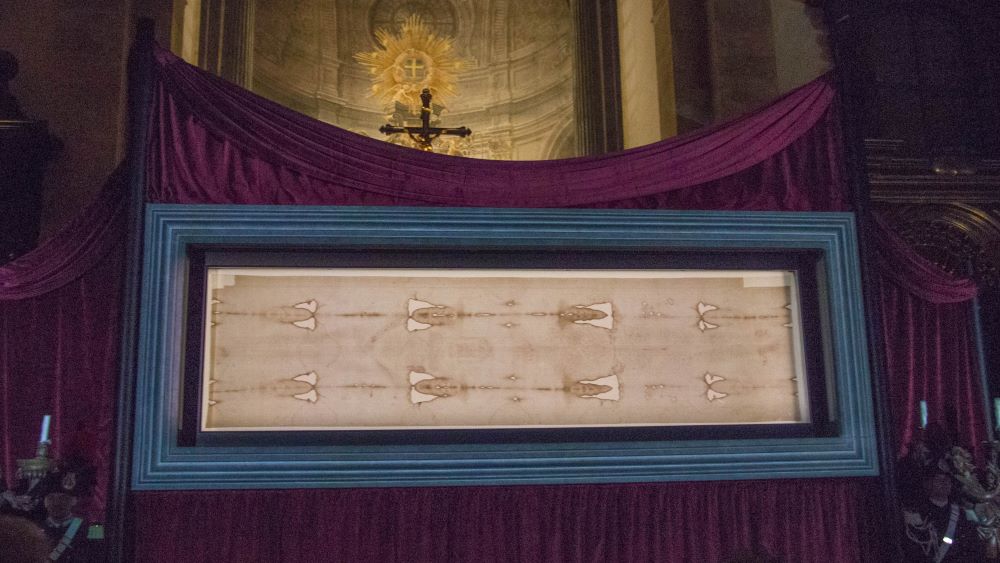 A team from the Institute of Crystallography in Bari, Italy, with the support of the National Research Council, led by Liberato De Caro, has published a new study on the dating of the Shroud of Turin which concludes that it is of a 2,000 year old relic.

The article entitled “X-Ray Dating of a Linen Sample from the Shroud of Turin” was published in the journal Heritage on April 11, 2022. The method used is that of “Wide Angle X-ray Scattering” or WAXS.

The technique is based on the study of the natural aging of the cellulose which can be measured by the aforementioned technique. This is what Mr. De Caro explains in detail during a long interview granted to the National Catholic Register (NCR) on April 19.

The new technique was developed there three years ago. It is used to date samples taken from linen fabrics. It is based on the observation of the progressive rupture of the polymer chains of cellulose over the centuries “under the combined effect of temperature, humidity, light and the action of chemical agents in the environment in which they find themselves “.

The method measures the natural aging of flax cellulose and then converts it to the time elapsed since its manufacture. It is made using the WAXS technique, which was first tested on already dated linen samples.

This technique makes it possible to work on very small samples which, contrary to what happens in carbon-14 dating, are not destroyed by the experiment. It can therefore be repeated several times on the same sample.

Application to the Shroud

According to the abstract of the article, “the dating method was applied to a sample of the Shroud of Turin, consisting of a thread taken near the 1988/radiocarbon zone (corner of the TS corresponding to the zone of the feet of the frontal image, near the so-called Raes sample).

“The size of the TS linen sample was approximately 0.5 mm × 1 mm. The data profiles were entirely consistent with analogous measurements obtained on a flax sample whose dating, according to historical records, is 55-74 AD, found in Masada, Israel. [Herod’s famous fortress built on a limestone bedrock overlooking the Dead Sea].”

“The degree of natural aging of the cellulose that makes up the flax of the sample studied, obtained by X-ray analysis, showed that the TS fabric is much older than the seven centuries proposed by the 1988 radiocarbon dating.”

“The experimental results are consistent with the assumption that the Shroud is a 2000 year old relic, as assumed by Christian tradition, provided it has been maintained at appropriate levels of mean secular temperature…for 13 centuries of unknown history, in addition to the seven centuries of known history in Europe.

“To make the current result consistent with that of the 1988 radiocarbon test, TS would have had to be kept for its hypothetical seven centuries of life at a secular ambient temperature very close to the maximum values ​​recorded on earth.”

The article was published after an evaluation by three independent experts and the editor of the journal. The article is featured on the National Research Council website. Undoubtedly, it remains to assess the impact of the two fires which affected the relic, in particular that of Chambéry during which drops of molten silver fell on the canvas.

In the NCR interview, the Italian researcher remains cautious, particularly on the discrepancy with carbon-14 dating. centuries, dirt gets lodged in the weft and can falsify the results. “If the sample cleaning procedure is not carried out thoroughly, carbon-14 dating is unreliable.”

Mr. De Caro therefore proposes to make a series of WAXS measurements, carried out by several laboratories, on samples taken from various places of the Shroud. These samples can be very small – at most a few millimetres.

The researcher therefore turned to the Vatican, which owns the relic, and to the Archdiocese of Turin, which is responsible for its conservation, to authorize the implementation of an analysis protocol. Given the non-destructive nature of the technique, it would undoubtedly be desirable to carry out this new dating.