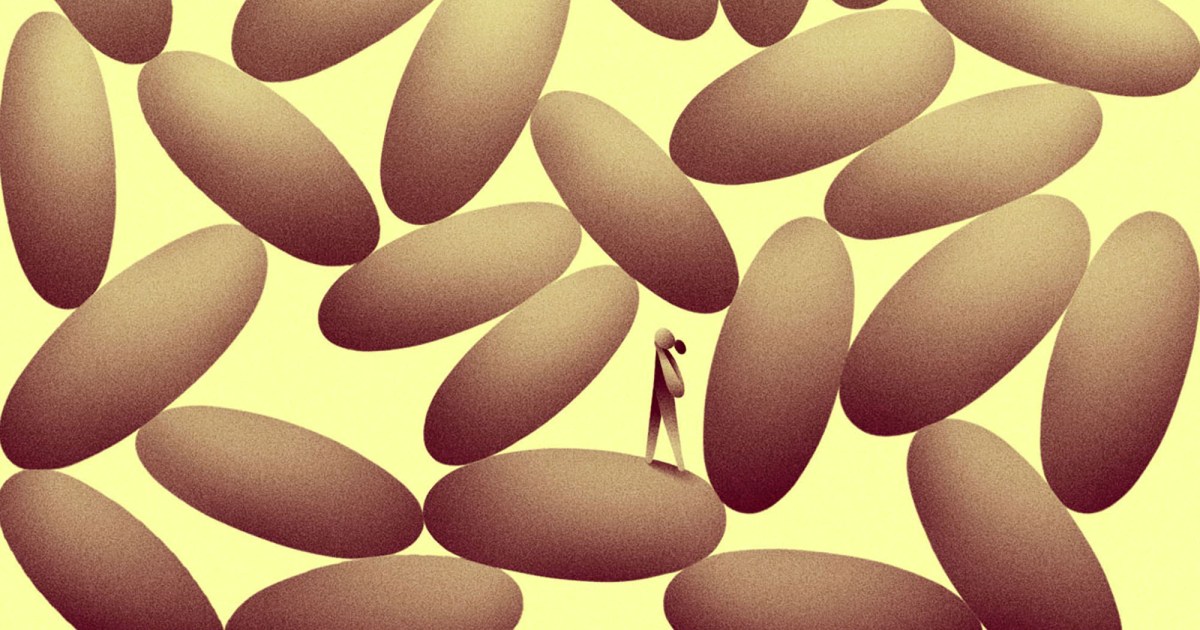 When Russia launched its invasion of Ukraine in February, the economic fallout could be felt thousands of miles away. Syrians saw bulgur prices ascend up to 44% in a few weeks; in April, in the Horn of Africa, heavily dependent on wheat imports from the Black Sea region, the cost of staple foods jumped 66% in Ethiopia and 36% in Somalia. The conflict has pushed global food prices to their highest level since the creation of the United Nations keep track in 1961.

Add to that climate chaos – more frequent droughts and megastorms in major agricultural regions of the world – and you have a recipe for increasing volatility in global food markets, at a time when up to 811 million people cope with chronic hunger.

It doesn’t have to be that way. There is an elegant and proven method to cushion this kind of shock. Simply put, societies can withhold some of the sustainable staples like wheat, rice and maize during bumper harvest years, and release it when times get tough.

The Han dynasty developed the “always normal granary”, designed to stabilize prices and ward off famine.

This rainy day strategy has a long history. In first-century BC China, the Han dynasty developed the “ever-normal granary,” a government-run reserve designed to stabilize prices for farmers and avert starvation for city dwellers. The institution has more or less worked since then – the great Chinese famine of the 20th century was partly caused by the will of the government non-release of stored grain– and unlike most other nations, China today has at its disposal robust reserves of wheat, maize, rice and other crops, protecting its population from the effects of current price spikes.

In other places the practice has been less formal. Before British rule, India had a “traditional system of household and village grain reserves” which tended to prevent occasional crop failures from developing into generalized crises, argues historian Mike Davis in his book Late Victorian Holocausts: El Niño Famines and the Creation of the Third World. But then Britain’s imperial rulers pushed merchants to sell surplus grain and subjected Indian farmers to the fluctuations of the world market, leading to famines that killed millions when drought struck.

The US government also retained reservations. In 1938, Henry A. Wallace, an Iowa farmer and Secretary of Agriculture under Franklin Delano Roosevelt, led the passage of a bill that created our own version of an ever-normal granary. Wallace pitched the idea as a way to smooth out extremes in food prices for farmers and consumers. Previous years, he argued, had seen two brutal droughts in the Midwest that decimated crop yields and inflated food prices, as well as a bumper year that made “corn so super-abundant ” that it is “almost worthless”. Noted in a 1937 New York Times writing. “We want to make it impossible for a 1932 abundance or a 1936 drought to do us much harm.”

Wallace’s breadbasket lasted for decades, but with the rise of hybrid seeds, mechanized tractors and synthetic fertilizers and pesticides increased productivity of American agriculture, overproduction has become a chronic problem. U.S. policymakers decided to sell reserves and focus on find foreign markets for any surplus crops farmers generate in the future.

“There’s no resilience in the system, because we don’t have the mechanisms that should help protect us.”

The shift from government-run reserves to “market magic” has helped create a world where many poor countries depend on imports from agricultural powerhouses like the United States, Russia and Brazil for their livelihoods, says Sophia Murphy , the executive director of the Agricultural and Trade Policy Institute. “There is no resilience in the system, because we don’t have the mechanisms that should help protect us” from shocks, she says. Wealthy exporting countries should band together to create reserves of key staple crops, she argues, that can be released in a coordinated way in times of crisis, helping prices fall. This tactic would reduce world hunger and deter investors from speculating on food in times of scarcity. The idea was floated in global political circles during two recent spikes in global hunger, starting in 2007 and 2011, but quickly faded when crop prices plunged and remained low for nearly a decade. Today, world hunger is exploding again.

The idea of ​​saving grain for lean times should also come back. In the Old Testament, Joseph gave wise advice: He advised the Pharaoh of Egypt to set aside one-fifth of Egypt’s harvest in good years. “This food must be kept in reserve,” he said, “so that the country is not ruined by famine.”

The method behind the madness: Troy Weaver patiently executes his vision and could make the Detroit Pistons a powerhouse

The Braves finish June with a 21-6 record