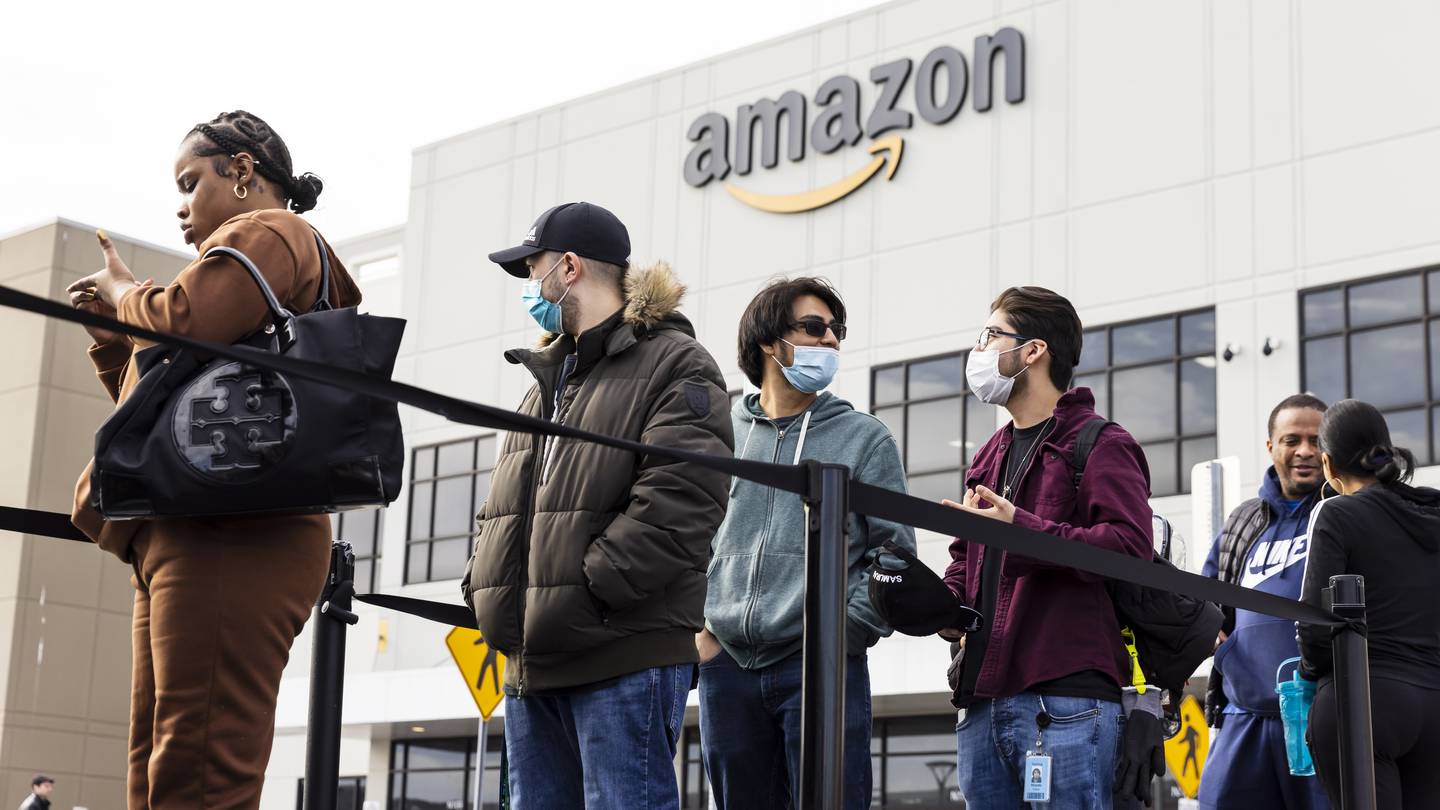 Amazon workers at a warehouse in New York’s borough of Staten Island began voting on Friday to decide whether to form a union as labor organizers look to New York for the first ever labor victory in 28 years of retail company history.

As America’s second-largest private employer, Amazon has long been the focus of workers’ rights advocates who hope a single labor victory will spark organizing efforts across the country.

Geebah Sando, a package sorter who has worked at Staten Island’s JFK8 warehouse for more than two years, said he was voting for the union.

With dependent children and rising rents in New York, Sando said he hoped a unionized workplace would lead to higher wages and more benefits, including longer breaks and more paid vacation.

“Our salary doesn’t work with our economic situation,” he said as he walked to his vote.

Amazon has previously said the safety of its workers is a top priority and the company is investing heavily to help staff.

The organizing campaign is led by a group of workers known as the Amazon Labor Union. In-person voting at JFK8 will last until March 30, with votes due to be counted March 31.

Keisha Renaud, 50, an associate from East Orange, New Jersey, said she would leave the facility if it unionized.

Amazon is adamantly opposed to organizing efforts, fearing that a successful attempt at one warehouse could have a domino effect and drive up costs at other facilities in the United States.

In Bessemer, a town of about 27,000 in the southern state of Alabama, Amazon easily secured enough votes last April to block a union campaign, with workers voting more than two to one to reject the formation of a union. ‘a syndicate.

The vote drew media attention as it pitted employee supporters — artists, Democratic and Republican politicians and even President Joe Biden — against Amazon.

The U.S. National Labor Relations Board (NLRB), which oversaw the process, in November ordered a rerun of union elections since Amazon “hijacked the process” by setting up a mailbox near the entrance to employees.

A rehearsal of that vote is set to conclude on Friday. The votes will be counted from March 28 for this second closely watched election.

The US labor movement has gained momentum over the past year, driven by the high-profile Alabama campaign, lingering pandemic concerns and strikes.

Reuters contributed to this report

Michael Foster of the Retail, Wholesale and Department Store Union holds a sign outside an Amazon facility ahead of last year’s unionization vote. PA

Unemployment in Montana at an All-Time High, Job Creation is Rising, Everyone Takes Credit