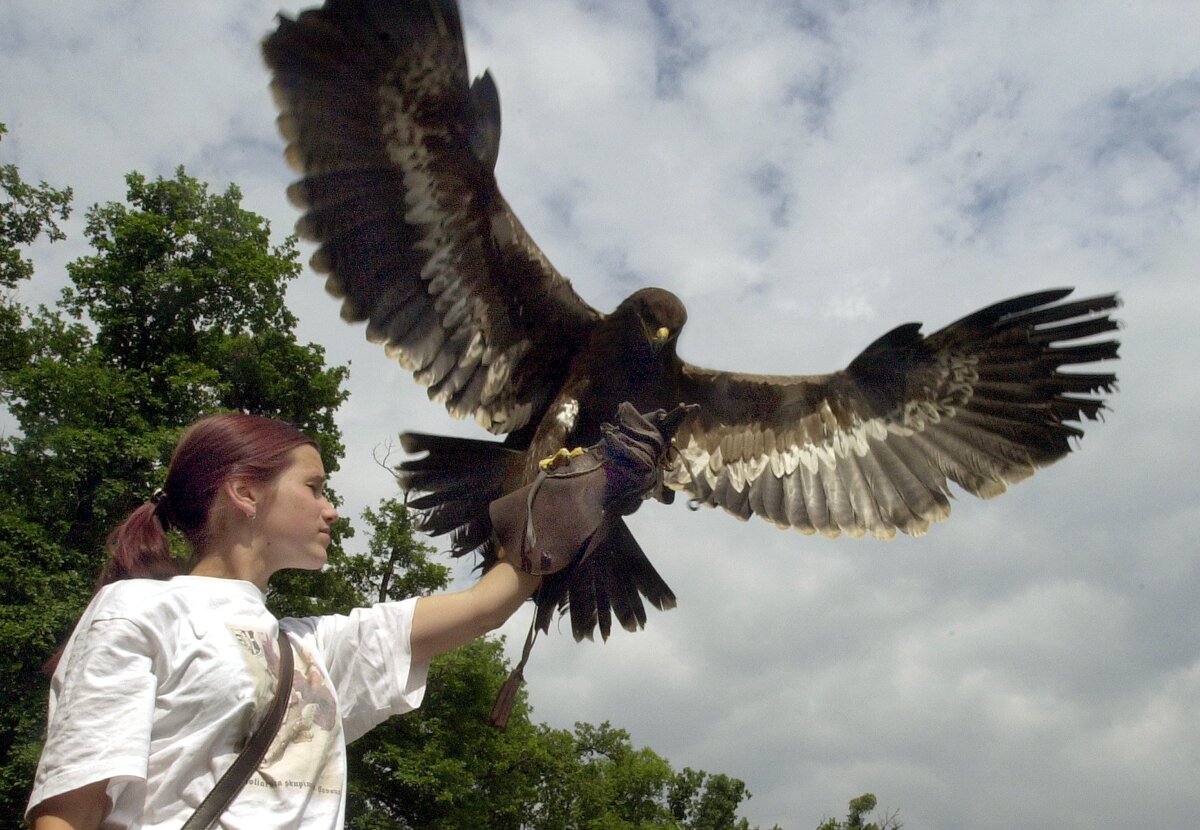 The bell may be a sign that recess is over, but these students are not returning to their classrooms. At the Maximilián Hell primary school in Štiavnické Bane, they are about to have a class attended by no other Slovak pupil, and probably none in the world for that matter: falconry.

As the sixth graders make their way to the schoolyard, the cries of birds of prey can be heard from an aviary. They include hawks, buzzards and eagles. These birds with curved beaks and sharp talons look around with penetrating eyes that allow them to spot a small mouse in the grass even several miles up.

Once the theory is over, falconer Zuzana Petrželová takes over. She is a non-pedagogical school staff member. On his hand is a Harris’s hawk, a Mexican bird of prey that hunts in packs like wolves and is a popular species among falconers. The bird flies to a tree. The first student puts on a glove and the bird flies away, attracted by a piece of meat.

The students take turns and no one is afraid. They say they like to learn from live animals rather than books.

“In our school, falconry is a compulsory subject from the fifth year. It is one lesson per week with a theoretical and practical part”, explains Zuzana Petrželová. She herself went to school and has worked with birds since she was ten years old.

“Students can even more actively participate and attend our falconry clubs. Each class produces several falconers. A fifth-grade student can have an eagle on his hand,” continues Petrželová as the bird on his hand screams.

“That’s how it speaks to us,” say the students.

Falconry in Štiavnické Bane, near the picturesque popular tourist destination of Banská Štiavnica, lives on thanks to director Pavol Michal. A new chapter in the school’s history opens with his arrival.

“The school was about to close. Every year there were fewer and fewer students. They attended a school in the nearby town of Banská Štiavnica,” says Michal, who himself is an avid falconer from long time.

“Falconry is my way of life. We started teaching it as soon as I arrived. The first year it was just a club, a year later it became an optional subject, and since 2010 , it is a compulsory subject.