CAIRO – Jan 9, 2022: Emlyn Dodd, an archaeologist specializing in the study of ancient foods and beverages, seeks to recreate the ancient and original method of pressing Egyptian olive oil called the “twist method”, which has was first documented 4,600 to 4,500 years ago. from.

Dodd wanted to understand the practicalities of Ancient Egyptian olive oil production. The steps start with crushing the olives and placing them in a permeable bag, then sticks are attached to both ends of the bag. The chopsticks are then twisted in opposite directions, compressing the bag and extracting most of the olive oil.

The torsion method was recorded around 2600-2500 BC. in the tomb of Nebemakhet, son of Khafre, king and vizier of the Fourth Dynasty (c. 2613-2494 BC), according to the Ancient Origins site.

Although the Egyptians originally used this twisting method to produce wine, Dodd wanted to test this technique of making olive oil, to see what quality could be produced. A simple cheesecloth was used as a bag for this process, and a basic mortar and pestle method from 5000 BC. was used to crush a mixture of green and black olives until it became a paste. 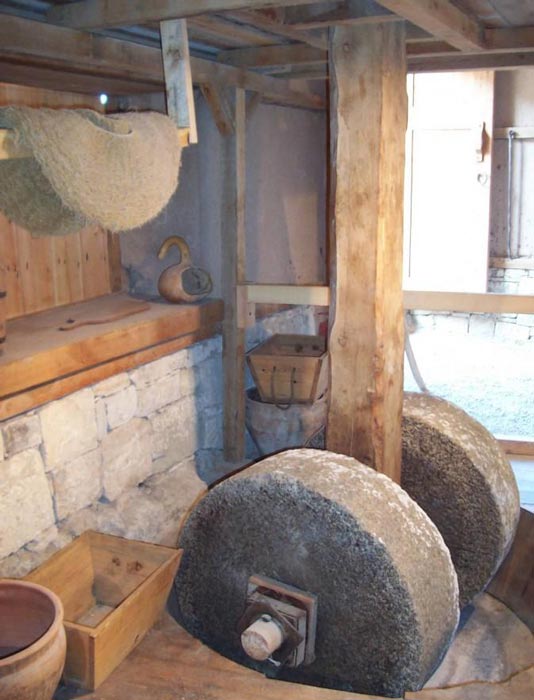 The Cretan Greeks were the first to produce olive oil in quantity. This is an old olive oil production workshop in Klazomenai, Ionia, in today’s Turkey. (Public domain)

The ancient Cretans already understood the “Mediterranean diet” and the value of olive oil nearly 10,000 years ago. Over time, olive oil quickly became one of the staple foods of the ancient Mediterranean world. In fact, olive oil was a major ingredient in international trade, cooking, personal hygiene, rituals, medicine, fuel, and soap making.

With the expansion of Greco-Roman culture in the 8th century BC, the cosmetic use of olive oil spread in less than 100 years to most Greek city-states, despite the fact that it was very expensive. With the establishment of Greek colonies in other parts of the Mediterranean, olive cultivation was introduced to places like Spain (Spain is now the largest producer of olives in the world) and spread through the Roman Empire.

The civilizations that formed in and around the Mediterranean region devoted much of their time and energies to developing efficient methods of harvesting and producing olive oil. Ancient agricultural texts accurately describe the tools and equipment needed, how and where olive trees are grown, and other practical details of production. There are also historical accounts available that deal with olive oil. For example, a novel by Pliny the Elder mentions the importance of olive oil for the body, describing it as a “necessity”.