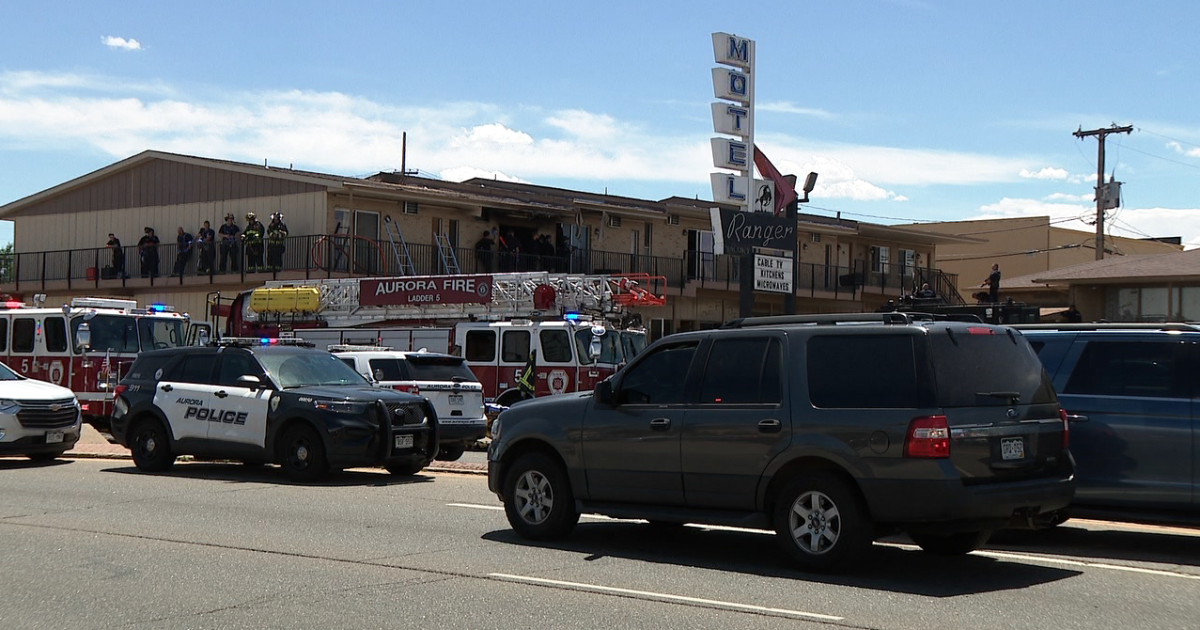 DENVER — Aurora police shot a deceased man at a hospital after the man barricaded himself inside the Ranger Motel in Aurora after setting a fire there Tuesday morning.

Aurora Fire Rescue responded to a fire at the motel at the intersections of Colfax Avenue and Lansing Street around 11:15 a.m. The department said the fire was under control and no injuries were reported just before 11:45 a.m.

Acting Aurora Police Chief Dan Oates told a news conference just before 4 p.m. that a 51-year-old man who was on parole after a murder conviction allegedly started the fire in the room he rented at the motel. Oates said the man first threatened firefighters with a gun and then barricaded himself in an adjoining room.

Firefighters were able to extinguish the blaze and police evacuated the rest of the building, Oates said.

Video taken by Denver7 at the scene showed a man leaving one of the motel rooms with items in both hands and running towards officers and a K-9 who were a few feet away on the motel balcony. As the man ran towards the officers, at least two fired their weapons and struck the man, who fell to the ground from the second story balcony.

Oates said three officers fired their weapons at the man and an AFR medic from the SWAT team provided medical attention, but the man was pronounced dead after being taken to hospital. He said officers recovered several knives from the scene.

Oates said the man, whose identity was not released as of 4 p.m. because officers were still trying to notify those closest to him, had a “significant” criminal history, including the murder conviction.

The 18th Judicial District Critical Response Team will handle the police shooting investigation. Oates said officials were still working to interview more than a dozen witnesses and get more video of the situation.

Most lanes of Colfax Ave. were closed during the incidents. The man’s condition was not known just before 2 p.m.

This is news in development and will be updated.