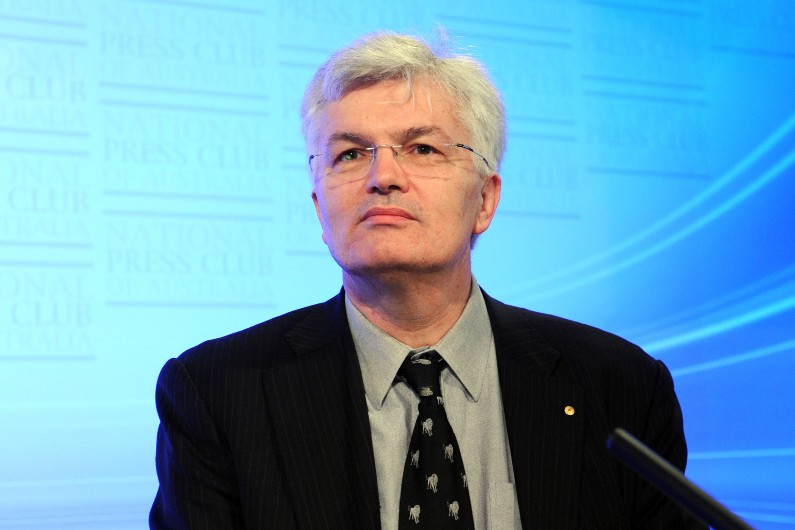 Canberra’s new guy in town, Professor Glyn Davis, is a deep thinker who plays the long game. The next head of DPM&C will approach APS reform in a tactical, evidence-based and relentless manner. Expect a change.

He is Davis’ first day in his new job as head of APS. The priority of the new DPM&C secretary will be to advise the Prime Minister on the civil servants who will be best placed to lead new departments – such as DFAT, which needs to be turned upside down.

UNA Vice Chancellor Professor Brian Schmidt was a former colleague of Davis, having served with the new APS boss as a member of the Group of Eight and Australian Universities when Davis led the University of Melbourne from 2005 to 2018.

Talk to Mandarin, Schmidt described Davis as one of the “most successful” vice-chancellors in the history of any Australian university. The change Professor Davis brought to the University of Melbourne was uncomfortable at times, and under his leadership the transformation has been tenacious. But Schmidt said the change was driven by a “resilient and pragmatic” approach to leadership and was achieved at no major financial cost.

“Glyn is a person who relies on extensive research, he’s not going to do things on instinct,” Professor Schmidt said.

“Things are carefully built, planned and executed. He’s not one to sit by his pants – he thinks about problems, he thinks about them long and hard. He summons groups of people, etc. to possibly advance an agenda and will refine the agenda.

As a scholar and member of several committees appointed to review APS reform needs Over the years, Professor Davis has had an intimate understanding of what needs to be improved to set Australia’s bureaucracy up for success. In terms of ‘how’ and the ‘what’, it remains to be seen what Davis’ reform agenda will address first. But Professor Schmidt predicts it will be a “substantial transformation”, informed by the recommendations of the Thodey review, and executed quickly.

“In the civil service, he was on Thodey’s review; he is an academic who has done public policy research and has expertise in public service,” Schmidt said.

“He practiced civil service in Queensland so he’s going to come in, I guess, with a pretty solid program.”

To better understand his approach to change management, Professor Schmidt advised the APS to buckle up – while in the hands of a capable and highly regarded leader, Glyn Davis is not someone one who cared about wasting time getting into it, he said.

“It will be broad and progress strongly — ‘linear’ I guess,” Schmidt said of the kind of APS reform to expect.

“I think the civil service will emerge as a modern, reinvigorated civil service, set up to help not just this government, but governments for decades to come.”

The ANU Vice-Chancellor also described Davis as someone whose role duty was sacrosanct – meaning the higher education sector should not expect special favors from the new secretary of the DMP&C. It was likely, even though Davis is one of the thought leaders in Australia’s higher education system.

“I don’t think he will be hostile to higher education, but he will be treated like any other PMC leader would treat him. We do not expect any special intervention or treatment,” Schmidt said.

Davis’ style is firm and efficient, and is achieved with him in the first place putting forth a strategy. Schmidt said once he was accepted, Davis would be “all out” to push for the results of the strategy.

Professor Schmidt also observed that having experience of managing change within the confines of a university’s type of institutional culture bodes well for APS reform aspirations.

“He’s ready to adjust his trajectory along the way, but he’s not going to let himself be marshmallowed, and he’ll be pushing really hard for change.

“The place where he does well is that he organizes things very well strategically. He has a strong vision and then puts all the pieces in place and then goes quite fast and strong in the direction,” said said Schmidt.

Much of what Davis brings to his role as a public sector expert has been honed by his time managing university stakeholders and trying to bring about ambitious changes to public sector policy. higher education locally and abroad. And his track record speaks for itself.

Schmidt said Davis was a strategic leader with natural leadership qualities, who was also able to progress rapidly through his academic career and take on executive administrative roles (from 1998 to 2002, Davis headed the Queensland Department of the Premier and cabinet under the Beattie government, going on to become vice-chancellor of Griffith University in 2002 before joining the management team of the University of Melbourne).

Given the professional accomplishments of the new DPM&C boss, Schmidt said what made Davis unusual was that his work mirrored that of three people. Schmidt said his leadership style was immaculate, organized, and akin to the rigorous methods of a chess master.

“Davies” [career] draws on the intellectual rigor specific to his own discipline. He will have benefited from this experience, where he was ready to leave this behind and – despite being an exceptional academic and a superstar – to enter public administration for real,” Schmidt said of the time. passed through Davis working for the Queensland State Government.

“Then he actually used all of those powers to take Griffith, but I think mostly to Melbourne, where he went.”

“Glyn has this experience in multiple ways, all with this intellectual underpinning, all in one package.

“University management is messy. Much messier, quite frankly, than the civil service – although people across the lake might not entirely agree with that,” the ANU vice-chancellor added.

“The civil service is more docile than a university, where [university] people hold and can line the wagons around the chancery and not let you out. This will not happen around the parliamentary triangle.

In Davis’s new role, a strong and respectful relationship with the Prime Minister will also be instrumental in advancing APS reform during the next government’s term. Schmidt points to the “very fruitful” working relationship Davis was able to enjoy with Kevin Rudd (also an ANU alumnus) as part of the Australia 2020 Summit which he co-chaired in 2008.

Schmidt also thinks choosing Anthony Albanese of Davis to be his top adviser for public service was a brave move.

‘He’s not going to be a docile, ‘do as you’re told, DMP&C chief’; he will be very, very independent. But also, may I say, very constructive with the Prime Minister.

“Glyn would work well with almost any Prime Minister – he would respect whoever he was working with. And if he sticks to them, I think he could handle almost any personality type,” Schmidt said.

“I think this is an absolutely exceptional appointment. He’s a pretty remarkable person. »

With his Twitter account now officially retired, Davis can turn to what, for all intents and purposes, is the culmination of his life’s work running DPM&C.