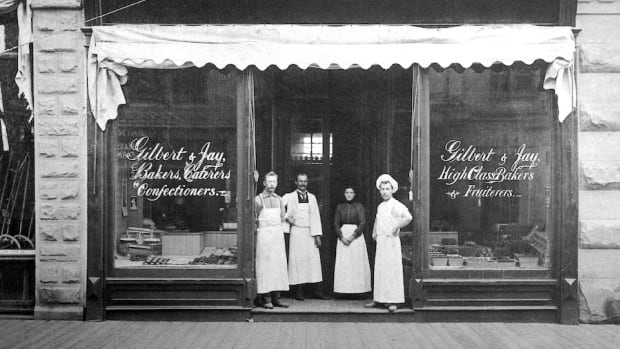 From sourdough to injera, roti to bannock, a new exhibit in Calgary delves into the city’s history with bread.

Calgary once had a bakery on every corner, said Lougheed House associate curator Erin Benedictson.

“Getting your bread from the bakery was a way for you to get out and interact with your peers,” she said.

Along with bits of bakery history borrowed from Fort Calgary and Heritage Park, there will be bread from several local businesses: Sidewalk Citizen, Carriage House Inn, Foster’s Bakery, Oguraya Bakery and Masala Bhavan. The bakeries will share stories about their sourdough, challah, shokupan and dosa – some dating back to 1926.

“It’s flour and water. And yet, despite those few ingredients, there are hundreds of different types of breads around the world. And every culture has some kind of bread,” Benedictson said.

Over the past two years, many Calgarians have embraced pandemic baking, trying banana bread and sourdough recipes, which inspired the exhibit, Benedictson said.

“At the start of the pandemic, everyone was huddled at home and a lot of people turned to bread making. Flour was really hard to come by, yeast was scarce for a while.

“I think the vast majority of us buy our bread from the store. It’s something that’s been around for so long. [Baking bread is] something many of us don’t really do anymore. And yet, we all started doing it again.”

Bread is so simple but a staple in almost every culture, said Emily Hoven, another exhibit curator, along with her sister Katarina Hoven. Emily is also working on a PhD in bread at the University of Alberta.

YYC Bread Stories opened Thursday and will run through June 26.

The No. 4 WBB set the NCAA and Big 12 Tournament record; qualify for the semi-finals