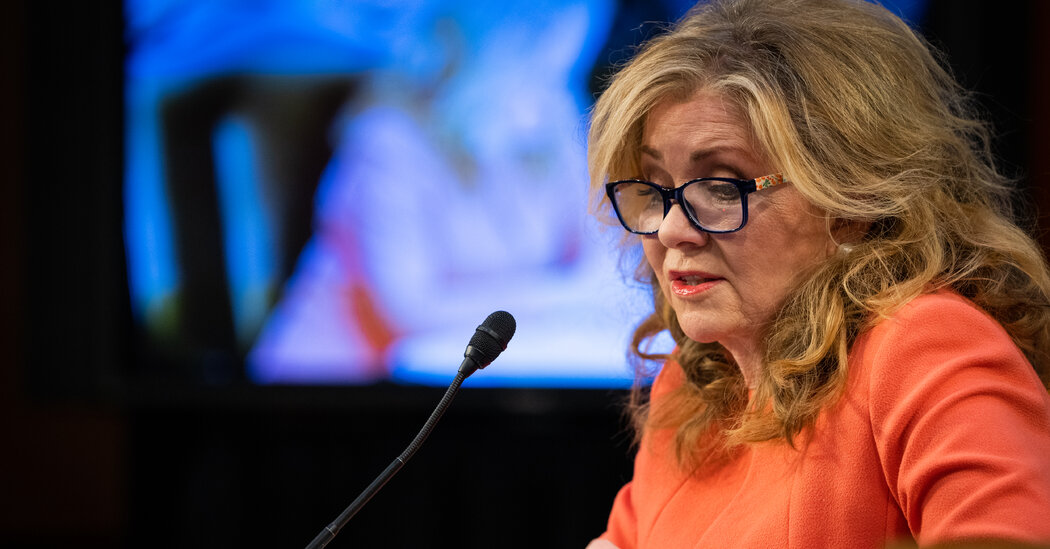 WASHINGTON — Senator Marsha Blackburn, Republican of Tennessee, ripped Justice Ketanji Brown Jackson Monday during her Supreme Court confirmation hearing, tying the nominee to a wide range of conservative grievances. But the lawmaker’s accusations often appeared to be based on quotes taken out of context. Here’s a look at some of its apparent sources.

Blackburn has linked Jackson to the controversy over transgender athletes and women’s sports.

Ms Blackburn called the progressive push for transgender rights excessive, decrying a recent victory at the NCAA swimming championships by a transgender female athlete. She also said that “educators allow biological men to steal opportunities from female athletes in the name of progressivism.”

The senator did not point to anything specific that Judge Jackson said or ruled about transgender athletes. But a few sentences later, she claimed to quote Judge Jackson in a way that used similar key words — as having praised “the transformative power of progressive education.”

The senator did not say where that quote came from. But she appeared to slightly mutilate and take out of context a quote in a magazine profile for Georgetown Day School, a liberal-leaning private school in Washington, after Judge joined its board of trustees.

Judge Jackson did not mention transgender female athletes in the article. Instead, she said that since enrolling a child there, she had “witnessed the transformative power of a rigorous progressive education that is dedicated to fostering critical thinking, independence and justice. social”.

Blackburn suggested that Jackson would trample on parental rights.

The senator said Judge Jackson sits on the board of a school that tells kindergarteners “they can choose their gender and teaches them about so-called white privilege.” The school, the senator said, “is pushing an anti-racism education program for white families.” (A spokeswoman for Georgetown Day School did not return a request for comment on this description.)

The senator accused Judge Jackson of endorsing “progressive indoctrination” and said it raised concerns about how she might rule on cases involving parents’ right to control their children’s education.

The issue of parental rights in education was at the center of the 2021 campaign for the office of governor of Virginia, won by a Republican, Glenn Youngkin. But that debate was about public schools rather than the private schools that parents can choose.

Blackburn accused Jackson of wanting to put dangerous criminals on the streets.

Accusing Judge Jackson of having “constantly called for greater freedom for hardened criminals”, the senator quoted her as having “advocated”, at the start of the Covid-19 pandemic, that “every defendant within DC Department of Corrections custody”. should be released.

Judge Jackson wrote, in an April 2020 opinion, that the heightened risk of harm the pandemic posed to those confined in closed quarters “suggests” that “every” person held in the lockup should be released.

But those words came in a notice in which she refused to release a man because the facts of his case showed he was dangerous. She cited the legal limits on judge-ordered releases, which she explained stem from the recognition that the release of dangerous people poses substantial risks to others.

Ms Blackburn also described three cases in which Judge Jackson ordered the release of detainees, including “a convict who murdered a U.S. Marshal”.

The cases appeared to match three Covid-era rulings made by the judge under a compassionate release law. The senator omitted the context: the man who killed a U.S. Marshal, for example, did so in 1971, had since served 49 years and was 72 at the time of his release, with myriad health issues.

Blackburn accused Jackson of saying every judge has a hidden agenda.

Ms Blackburn said Judge Jackson “once wrote that every judge has, and I quote, personal hidden agendas, end of quote, that influence the way they decide cases”. The lawmaker suggested the judge might have a hidden agenda to keep violent criminals, police killers and child predators off the streets.

This quote is from Judge Jackson’s undergraduate thesis, which was critical of the plea bargaining system.

But the future judge did not write that “every judge” has a hidden agenda. In a discussion of how lawyers and judges might favor plea bargaining to save the effort of a trial, she wrote: “Before we can effectively analyze plea bargaining, we must attempt to identify the personal hidden agendas of various court professionals.

The senator accused Judge Jackson of praising the 1619 Project, a 2019 collection of essays in The New York Times Magazine that described itself as seeking to “reframe the country’s history by placing the consequences of the slavery and the contributions of black Americans at the very center of our national narrative. Many conservatives denounce the project, which the senator described as arguing that America is fundamentally racist.

In 2020, Judge Jackson gave a speech on black women leaders in the civil rights movement. A 27-page transcript contains two paragraphs in which she describes the “provocative” thesis of the 1619 Project as saying that America was not perfect in 1776 and that “it is in fact only because of hard work, struggles and the sacrifices of African Americans over the past two centuries that the United States finally became the free nation that the editors had originally touted.

“Critical race theory” is a malleable term. It originally described a field of law school study that argued that laws and institutions can incorporate structural racial bias. More recently, it has become a catch-all term in culture war discourse, used mostly by conservatives to refer disparagingly to topics like white privilege.

Ms Blackburn’s accusation appeared to refer to a line in a speech given by Judge Jackson on federal sentencing policy. But whatever the significance of critical race theory, the judge described why she found the subject “fascinating,” without prescribing what judges should consider when handing down individual sentences.

“Sentencing is simply intellectually interesting, in part because it merges myriad types of law – criminal law, of course, but also administrative law, constitutional law, critical theory of race, negotiations and to some extent even contracts,” Judge Jackson said. She also cited the subject’s connections to philosophy, psychology, history, statistics, economics and politics.