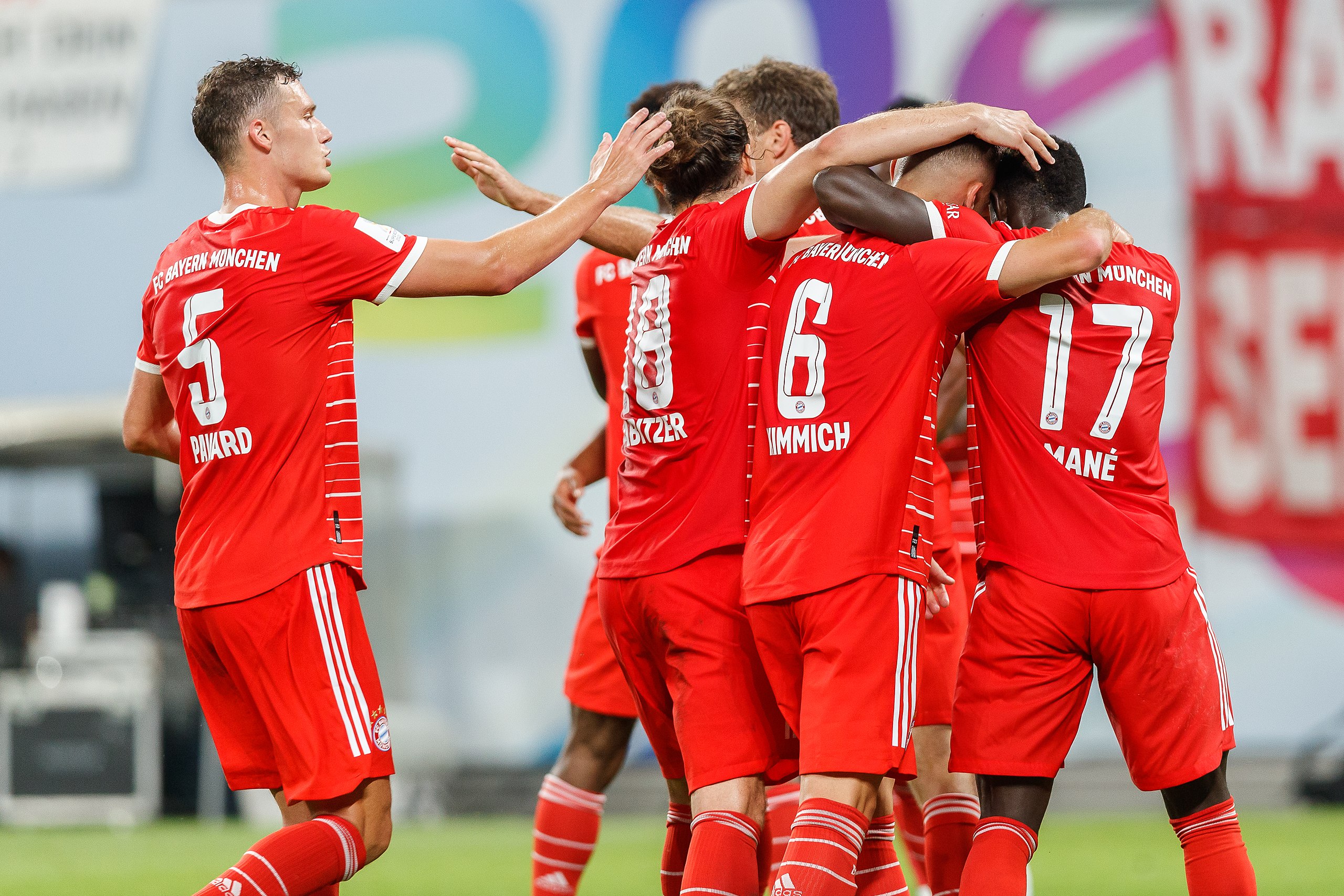 Bayern Munich will look to maintain their 100 per cent start to the season in the Bundesliga, facing unbeaten Borussia Mönchengladbach on Saturday.


Bayern will be looking to continue their impressive start to the season against Gladbach on Saturday.
After beating RB Leipzig 5-3 in the German Super Cup, Bayern began their league campaign with a comprehensive 6-1 win over Eintracht Frankfurt. They couldn’t equal their tally of six goals against Wolfsburg, but the Bavarians still managed to win 2-0 against a side led by their former coach Niko Kovač.

They may have had to settle for two goals on matchday two, but they returned to their best goalscoring form last weekend, beating Bochum 7-0. Leroy Sané, Matthijs de Ligt, Kingsley Coman and Sadio Mané all found the net in the first half. Mané completed a second-half brace, while an own goal from Cristian Gamboa and a strike from Serge Gnabry wrapped up a memorable win.

Bayern may have had the best start in Bundesliga history, but they will look to end a three-game losing streak in meetings with Gladbach on Saturday.

While they will be aiming to continue their fine goalscoring form, Bayern will also be looking to keep a third clean sheet in a row as they look to retain their place at the top of the Bundesliga.


Jamal Musiala missed last weekend’s win over Bochum through an injury problem, and while he could return to the squad on Saturday, Julian Nagelsmann doesn’t expect the Germany international to be tenured. Bayern are also set to be without Leon Goretzka due to a knee injury.


Gladbach may face the daunting task of an away encounter against Bayern, but they will enter the competition with confidence having avoided defeat in their first four games in all competitions.
They beat Oberachern 9-1 in the DFB-Pokal, before sweeping Hoffenheim 3-1 on the opening day of the Bundesliga season. Gladbach looked set to start the season with back-to-back league wins over Schalke, but Schalke’s Marius Bülter scored from the spot in stoppage time, ensuring the contest ended 2-2.

However, they found their way back to winning ways last weekend, beating Hertha BSC 1-0 after Alassane Pléa sent in his free kick in the first half.

With Daniel Farke yet to lose as Gladbach boss, they will travel to Munich aiming to continue their unbeaten start to the season, while a win would help them leapfrog Bayern in the table.

Gladbach are also aiming to extend their current Bundesliga unbeaten run to eight games, having avoided defeat in their last five away league games.


Farke said Gladbach could be without the services of Ramy Bensebaini and Stefan Lainer for the meeting with the German champions.

Learn more about the game