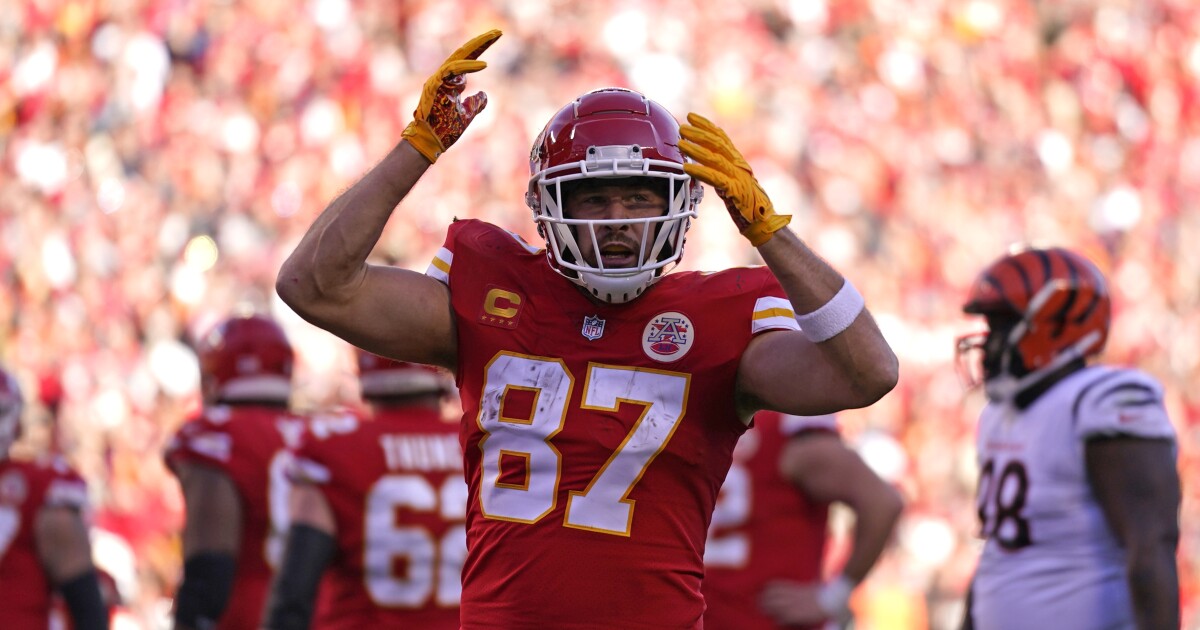 KANSAS CITY, Mo. – Travis Kelce added a few lines for his plaque in Canton, Ohio on a Sunday 27-24 overtime loss against Cincinnati in the AFC Championship Game.

Kelce, who is arguably the greatest tight end in NFL history, moved up to third in receptions and touchdowns in the playoffs against the Bengals.

With 10 catches for 95 yards and a touchdown, Kelce now has 106 catches for 1,291 receiving yards and 12 touchdowns — all five all-time bests in NFL history — in 15 career playoff games.

“He’s just a competitor,” quarterback Patrick Mahomes said. “Obviously he’s super talented and everyone knows that. The routes he’s been on, his height and his athleticism, but he’s just a guy you want to fight with. He’s going to fight until the end. “

Only Jerry Rice (151) and Julian Edelman (118) have more receptions, giving Kelce the most by a tight end in NFL history, while Rice (22) and Rob Gronkowski (15) have more touchdowns .

Kelce is tied with John Stallworth on the all-time list.

Kelce has reached his greatest heights in fewer games than any of those before him on the list, sometimes by a significant margin.

Kelce’s six 1,000-yard seasons are an NFL record among tight ends for the regular season. His six straight games are double the next best tight end in league history.