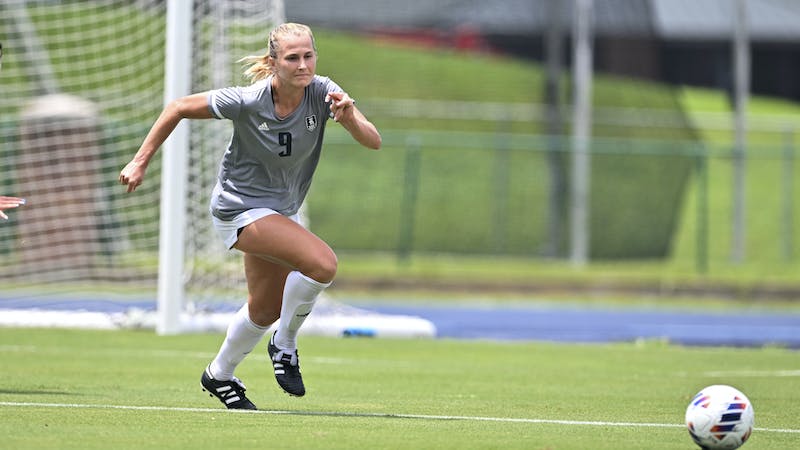 It only took 29 minutes for Grace Collins to write Rice’s story on Sunday night. The transfer graduate who joined the Owls from Texas Christian University provided four assists in the first half, before adding one more in the second half to set a conference record as the Owls beat the University of the Incarnate Word 5-2 for their first. win of the season.

After starting the season 0-3, Collins said his record performance was sparked by the unfortunate three games.

“I think our team played really well and we bounced back from three bad luck games,” Collins said. “It was really great for us to come back and get a good win like this.”

Another Rice standout wrote her name in the history books in the second half. After her second save of the game, senior goaltender Bella Killgore broke the record for most career saves in Owls history with 301.

Heading into Sunday’s historic game, however, the Owls struggled to capitalize at home against Loyola University Maryland. In the opening ten minutes, Killgore and second-year midfielder Mikala Furuto threatened the Greyhounds with shots close to the goal, but they were unable to break the score. Shortly after Furuto’s chance, Loyola had a free-kick opportunity ten yards from the top of the penalty area. Loyola’s shot went just over Killgore, deflecting off the crossbar, bouncing off Killgore’s back and rolling into the Owls net.

The rest of the game was an offensive spectacle from the Owls. The team had a few late chances on goal, but the Greyhounds keeper was able to parry them and keep a clean sheet. After twenty-one shots for the Owls, three times that of the Greyhounds, the team came away with their third straight loss to start the season.

Despite the slow start, head coach Brian Lee was confident going into Sunday’s fight against UIW.

“We just needed to have an answer when the game started. Those first three games we played pretty well [to have] results and [they] just didn’t follow our path, so we asked for a response tonight,” Lee said.

Sporting a 3-5-2 formation, the Owls got off to a fast start in the opening ten minutes. In the sixth and seventh minute, Furuto, playing as an attacking midfielder behind Collins and senior Madison Kent, found the back of the net for his first two goals of the season. Both goals were delivered by Collins after impressive runs through the Cardinal defense and set up Furuto for the two short goals down the middle.

UIW responded quickly with goals in the twelfth and twentieth minutes, one from outside the box and another from a corner, but the Owls fought back just as quickly. After a few close misses, Collins prepared for a free kick near the corner of the box. Looking away, she crossed the ball towards the far post, finding fellow graduate transfer and midfielder Madi Allen for a header over the keeper and into the side netting. Only a few minutes later, Collins drove through the Cardinal’s defense again and set Kent up for a shot into the top left corner.

“Grace [was] put a lot of balls in the box for us and i come [happened] to be in the right place at the right time,” Furuto said.

As the game slowed after the six-goal first half, Rice continued to dominate offensively. Furuto nearly scored a hat-trick after connecting with a cross from junior midfielder Shiloh Miller but was denied by the post. Later in the second half, Collins capped off her night with another run and a cross, which eventually found second-year midfielder Mariana Elizondo on the edge of the penalty area for a header, making it 5-2 for Rice and putting Collins in a tie for most assists in a game in C-USA history.

In goal, Killgore was not challenged much throughout the match; but midway through the second half, she recorded a save and broke Rice’s record for most career saves.

According to Lee, it looked like everything clicked for the team in Sunday’s game, including a stellar pair in both forward positions that he rented after the game.

“I thought Grace [Collins] obviously had a big impact and pairing Grace and Madi [Kent] up front changed the game,” Lee said.

Next, the Owls have two local matchups. The first is against Houston Baptist University at Holloway Field on Thursday, Sept. 1 at 6 p.m. Following that, they play away at the University of Houston on Sunday, September 4 at 7 p.m.