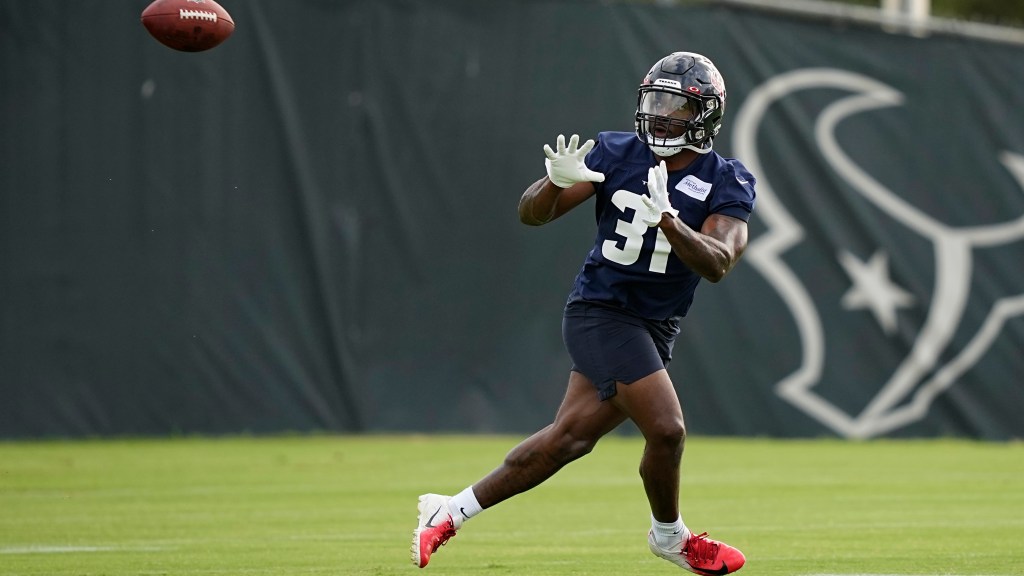 The Houston Texans’ selection of Dameon Pierce in the fourth round of the 2022 NFL Draft represented a commitment to a younger running back the organization hadn’t shown since 2017.

The last time Houston picked a running back was in 2017 with third-rounder D’Onta Foreman from Texas. Foreman showed promise in his first 10 games for the Texans, rushing for 327 yards, but a ripped Achilles effectively derailed his career just as it was getting started.

Foreman was on pace for 523.2 rushing yards. He may not have set the Texans rookie rush record, but would have been good enough for sixth place, topping Wali Lundy’s 476 from 2006.

The expectation with Pierce is that he’s the heir to the Texans lead role. What remains to be determined is when he will take over from Rex Burkhead and Marlon Mack.

The Texans’ rookie rush record is 1,282 set by Steve Slaton in 2008. Third-rounder West Virginia has played in all 16 games and averaged 4.8 yards per carry.

Pierce must first earn the starting job, either in camp or shortly after the start of the regular season. The only game Slaton didn’t start was Week 1, a 38-17 loss to the Pittsburgh Steelers. Coach Gary Kubiak went with Slaton in Week 2, and the running game never looked back.

If the Texans get a full slate of games from second-year quarterback Davis Mills, it will also give Pierce another edge that Slaton lacked. Although Matt Schaub served as the franchise’s quarterback, the Texans had to rely on Sage Rosenfels for five games. Slaton only reached the century milestone twice when Rosenfels started.

The rookie record isn’t impossible for Pierce, but it will take a number of conditions for the former Florida running back to etch his name in team history.

Precision and form draw crowds to Thunder Over Michigan