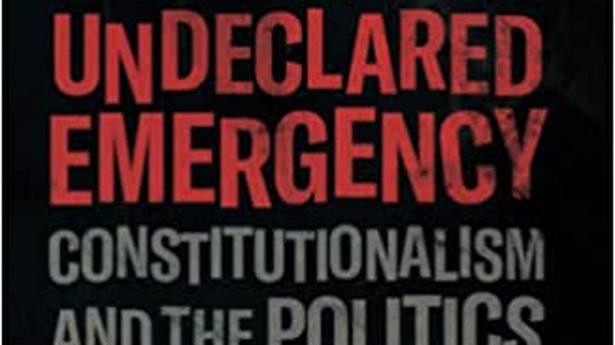 India is going through a harsher period of unconstitutionalism, where the threat to institutions goes beyond the ‘authoritarian’ characteristics that marked the emergency, claims a new book

India is going through a harsher period of unconstitutionalism, where the threat to institutions goes beyond the ‘authoritarian’ characteristics that marked the emergency, claims a new book

In November 1949, as the Constituent Assembly was about to adopt the draft Constitution, its President BR Ambedkar offered some caveats. For India to maintain democracy not only in form but also in fact, we must, he said, abandon the grammar of anarchy, avoid hero worship and remember that social democracy – a value that recognizes “liberty, equality and fraternity as the principles of life” – must always underpin political democracy. It was with these and other goals in mind that the Constitution was drafted as a means of detaching the state from its dictatorial past.

Throughout India’s independent history, however, the challenges posed by Ambedkar have proven fundamental. Some periods have been more challenging than others. The urgency imposed by Indira Gandhi is generally considered to represent the country’s nadir. But we are, says Arvind Narrain in his excellent new book, India’s Undeclared State of Emergency: Constitutionalism and the Politics of Resistanceliving through a similar, if not more marked, period of anti-constitutionalism, where the threat to our democracy goes “beyond the ‘authoritarian’ or ‘sultanist’ traits” that marked the emergency.

According to Narrain, six distinct characteristics that prevail in India today helped usher in a new state. First, a unifying ideological commitment to Hindutva, which is quite distinct from the rather more fragile bond that tied the emergency-era government to a socialist revolution. Second, the support given to the state project not only by the government apparatus but also by civil society, in this case the vast network of the Rashtriya Swayamsevak Sangh. Third, the real popularity of the ruling regime. Narrain points to images of dozens of people queuing uncomplainingly outside ATMs on the back of Prime Minister Narendra Modi’s decision to instantly demonetize the currency in November 2016. Fourth, the power of a new mob rampant, which allowed hatred to turn into physical violence, where news of inconsequential lynchings became commonplace. Five, the enactment of laws that run counter to the idea of ​​a secular and egalitarian state: among them the Citizenship (Amendment) Act and the multitude of anti-conversion laws enacted by state governments in across the country. And six, a widening chasm in wealth, aided and abetted by a series of business-friendly laws.

The current era, marked by these six factors, says Narrain, has a clear antecedent in the government-declared emergency that was in effect between 1975 and 1977, but it is also encouraged by a somewhat counterintuitive culture of constitutional continuity. Invoking the provisions of the Constitution which explicitly authorize preventive detention and the judgment of the Supreme Court in the AK Gopalan case (May 1950), Narrain shows us that the Court has engaged in what one of its own judges , Judge Vivian Bose, described in a famous dissenting speech the opinion as a “counterfeiting of the law”. Or, as civil rights lawyer KG Kannabiran put it: “To magistrate and prosecutor, nothing seemed out of place. They couldn’t see any breakage. Governance was for them a continuous process and the principles of governance established by the British in India were considered appropriate and relevant for free India. The advent of independence was only an event that did not disrupt continuity.

“The Long Shadow of Urgency”

Narrain argues that this culture has been aggravated in contemporary times. We see today, he writes, “the long shadow of the emergency years”, in the failure of the system – the media, civil society and the judiciary – to check the power of government and protect the right to dissent. It is a period marked by a State which “is not afraid to use repressive laws”, “without any constitutional and institutional constraint”. Nothing illustrates this characteristic better than the many abuses of the Unlawful Activities (Prevention) Act 1967 (which was expanded by amendments in 2019) – the law, Narrain shows us, is by its very architecture contrary to the values personal and free freedom. test. The deleterious effect of its use is only heightened by the selection of the National Investigation Agency as the government’s chosen enforcement agent.

Narrain expertly analyzes the NIA’s use of UAPA. It shows us that, whether it is the protests over the Citizenship (Amendment) Act, the revocation of Article 370 in Jammu and Kashmir – where a permanent state of exception prevails – or the agricultural laws, it was the NIA with the UAPA in hand, which enabled the state to suppress any form of dissent.

Through it all, the media and the judiciary have been largely unable to check government excesses, he says. The Supreme Court, for example, as the book shows, has neither heard nor decided a series of significant constitutional challenges: among them challenges to the repeal of Section 370, the use of electoral bonds and the validity of amendments to the Citizenship Act.

This inaction has only led to a cementing of the prerogative state. Corn Undeclared emergency goes beyond telling us what the state of the nation is. Narrain also offers a set of prescriptions for what needs to be done, to enable democracy, in Ambedkar’s words, to flourish in form and in fact. For this reason, more than anything else, the book makes essential reading.

The Examiner is a practicing Barrister at the High Court of Madras.