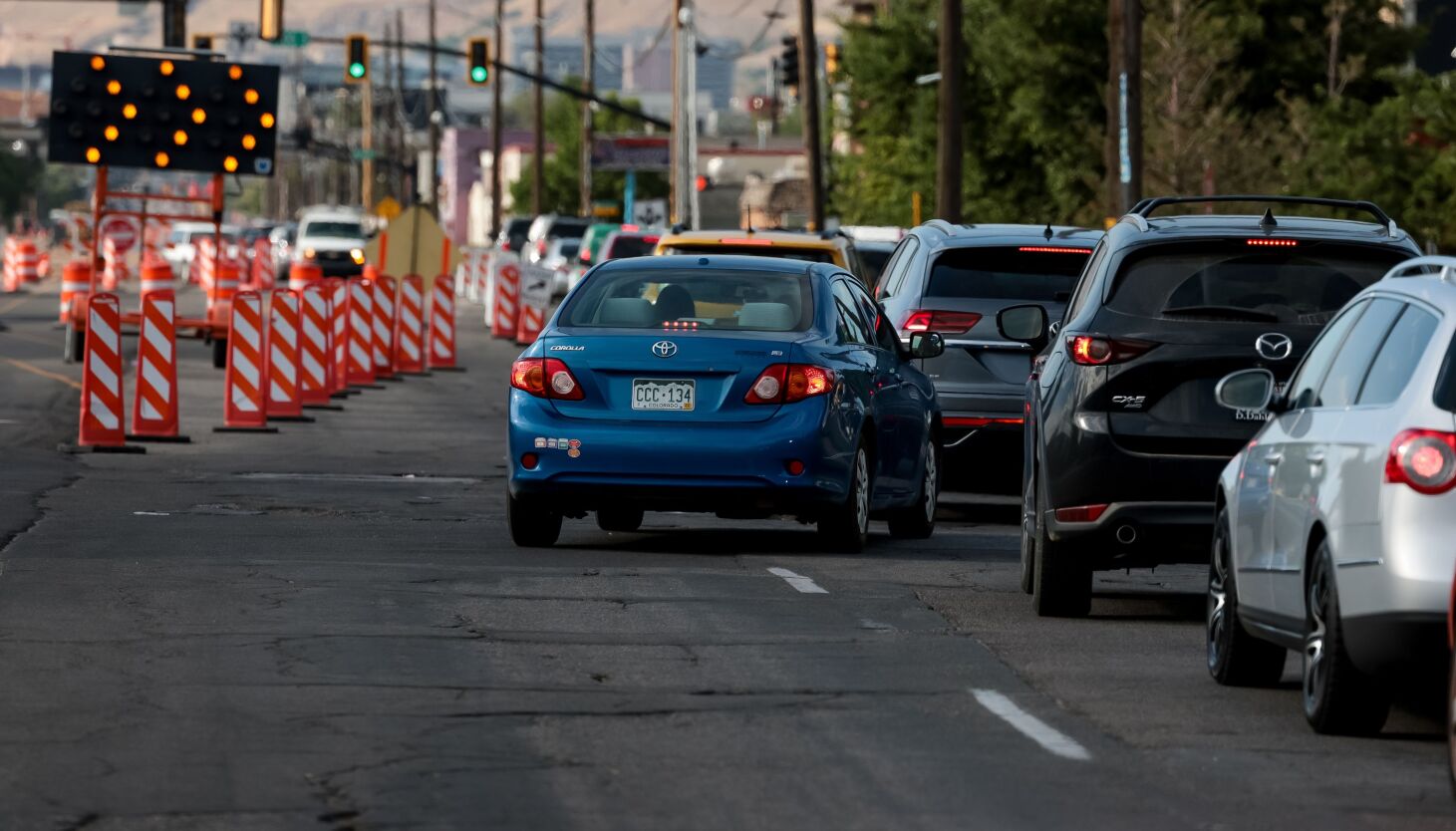 You’re driving down the freeway, having a good time, all right with the world, when suddenly flashing yellow lights, or an orange sign with arrows on it, informs you of a lane closure ahead of you.

So you pull out of the lane about to end, take your position in the rapidly slowing lane, then watch a few cars that were behind you pass the merge point in the distance. You mumble silently, “Hey, wait your turn! What a moron!” or some variation of it, fervently hoping no one will let the jerk come back online.

But is he, or she, or them really a jerk?

Or are they actually contributing to the situation; make sure you can all get where you’re going faster than if everyone did the supposedly polite thing and lined up early?

People who study such things say yes. Using all traffic lanes for as long as possible can increase traffic efficiency by up to 40%.

It’s called zipper fusing and works like this: vehicles use up all available asphalt to the fusing point, then take turns moving forward, like a zipper .

According to recent reports, at least 34 states are actively promoting zipper fusion and some are making it law, including Illinois, North Carolina, Ohio, and Utah.

House Bill 76 – also known as the Zipper Merge Bill – was almost unanimously approved by the legislature in March.

The history of the HB76 dates back to the day last summer when Brady Brammer got stuck in traffic.

He was driving north on I-15, saw signs that the left lane was closing, so he quickly slid and soon, predictably, came to a stop behind other cars that had done the same. He then watched as several cars passed him in the left lane, until finally a tractor-trailer driver could no longer stand him and pulled his rig so that it straddled both lanes. , thus preventing anyone from using the left lane.

It’s not going well, thought Brammer, staring at the vacant left lane. “Someone should do something about this.”

Remembering that moment a year later, he smiled wryly.

Brammer is a legislator. He represents District 27 – Alpine, Highland and Cedar Hills – at Utah House. He could do something about it.

As he sat there, stuck in traffic, hot, frustrated, and going nowhere, he remembered reading something about fusing zippers.

When he finally got to the office, he found an online presentation from Cincinnati touting the zipper fusion and explaining its benefits. Further research informed him that driver advocacy groups such as the AAA endorse the zipper.

He read headlines from online websites such as this one from Inc.: “Rude drivers who merge at the last moment actually help you, traffic experts agree.”

Absorbing all of this information, Brammer put on his legislative hat, sat down at his computer, and drafted a draft zipper merger bill, which he then passed on to the Department of Public Safety. and to the Utah Department of Transportation for their reaction.

“We’ve wanted to do this for a while,” they told him.

When Brammer introduced his bill in the Legislative Assembly, HB76 passed the House by 73-1 and the Senate by 21-3.

The Zipper Merge Bill was officially signed into law by Governor Spencer Cox on March 21.

Now the challenge is to educate Utah drivers before someone starts a fight.

“We’re going to need signage,” says Brammer, who sees electronic signs on highways as a good way to get the message across. “They’re not there just for pithy sayings, they’re there to help educate.”

Early warning signs in construction zones that warn of lane closures and advertise “use zipper fusing method” with a symbol indicating how this is done would be invaluable.

“I think if we can provide proper signage and education, we’ll have less road rage and frustration because traffic will move faster,” Brammer says. “People will see that makes sense.”

For a man who lives in Utah County and regularly visits the Capitol in Salt Lake City, the only thing that doesn’t make sense is to stay with the status quo.

“We are under construction and will be endlessly,” he says. “The population will continue to increase and the demand for roads does not decrease. There will be lane closures. It is a fact of life.

We just need to get smarter about how we handle it – and redefine what qualifies as “asshole”.

Blind SA is proud of its rich history