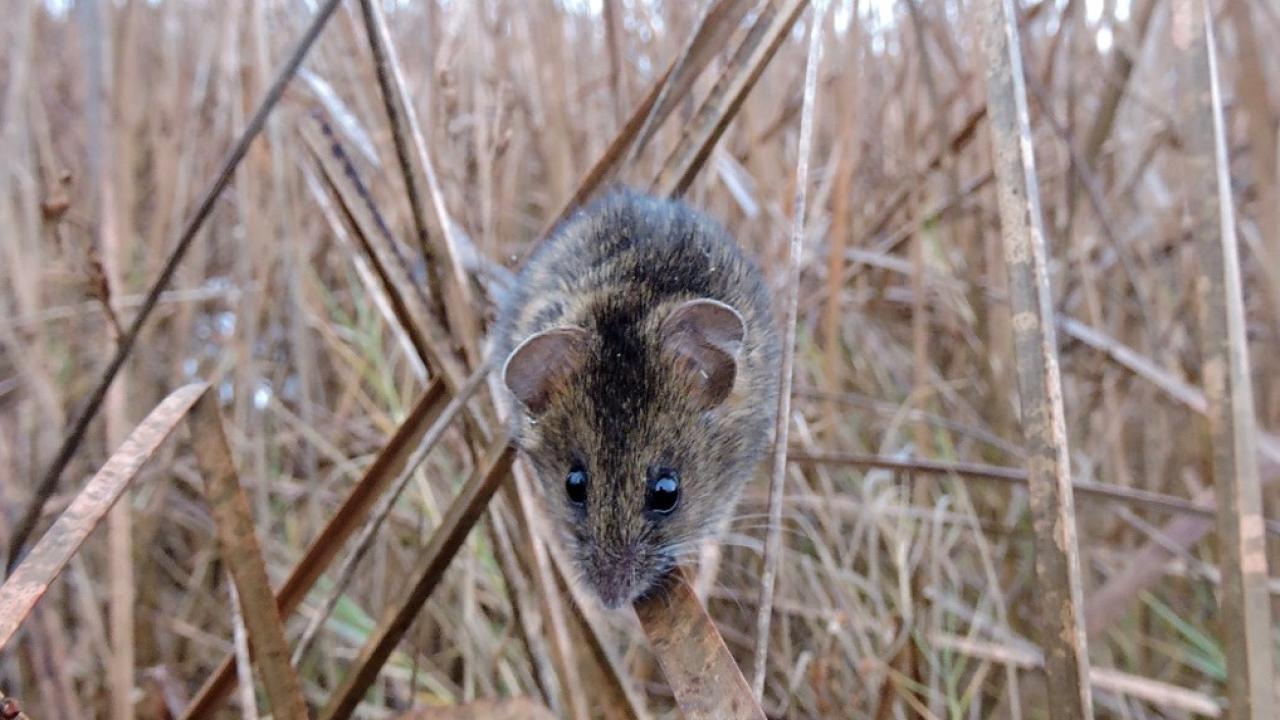 From groundhog species to moles, shrews and mice, many of the world’s endangered mammals are small. Genetic sampling is important to understand how to conserve and protect their populations. But finding effective, noninvasive ways to collect genetic samples from small animals can be difficult.

A study from the University of California, Davis, describes a new noninvasive genetic survey technique for the endangered salt marsh mouse, which lives only in the tidal marshes of the San Francisco Bay Estuary.

In large mammals, scientists often collect feces samples, but the poo of small animals can be so small that it is difficult to detect in the wild.

The new technique, published in the Journal of Mammalogy, uses a combination of bait stations and genetics to sample and identify salt marsh mice, or “salt,” as researchers affectionately call them. The species has lost more than 90% of its habitat to development and is also threatened by rising sea levels. This is why it is imperative that the remaining populations are accurately and effectively identified, note the authors.

The technique is simple: Scientists bait boxes with a snack of seeds, millet and oats, and lay down cotton bedding. The mice are free to come and go. A researcher returns a week later to collect the fecal pellets for genetic sampling in the lab. There, a unique species identification test differentiates the salt marsh mouse samples from those of other rodents that may have used the bait box.

Contrast this process with the more common and intensive method of live trapping: a team of three to five researchers check the traps at sunrise and sunset for several consecutive days. To prevent animal drowning, these traps should be placed above the tide line, excluding several areas of tidal marsh habitat. But with the new noninvasive technique, the mice can leave at any time, allowing researchers to monitor more swamps and more mice, safely and efficiently.

I I’m hoping that someone who studies a small endangered animal somewhere will read this study and say, “That’s something I can do. —Cody Aylward

“Our genetic identification method is simple, inexpensive, and can be adapted to other small mammal systems,” said lead author Cody Aylward, a recent graduate and former doctoral student at the University. Mammal Ecology and Conservation Unit at the UC Davis School of Veterinary Medicine. “I I hope someone who studies a small endangered animal somewhere will read this study and say, “That’s something I can do.”

Little is known about salt marsh mice, so the impacts of their potential loss are also unclear. Scientists know that the species is unusual in several ways. For example, salties are good swimmers, can drink seawater, and have a unique genetic lineage, as Aylward explains:

Co-authors include principal investigator Mark Statham, Robert Grahn, and Benjamin Sacks from the UC Davis School of Veterinary Medicine; Douglas Kelt of the UC Davis Department of Wildlife, Fish, and Conservation Biology; and Laureen Barthman-Thompson of the California Department of Fish and Wildlife.

The research was funded by the California Department of Water Resources and the USDA National Institute of Food and Agriculture.

'Proud to have been her subject': RAF serviceman latest person to bid farewell to Queen