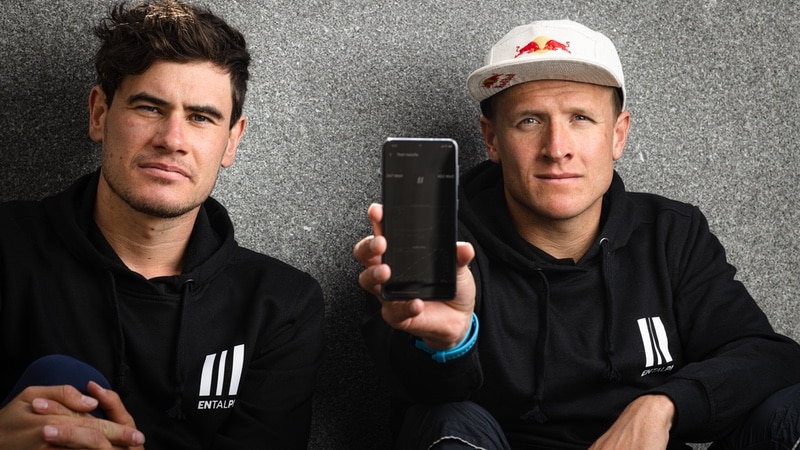 With new funding from investors in the bank, newly created company Entalpi has assembled a team of entrepreneurs, coaches and world champions to take… ‘the revolutionary Norwegian sports technology in the world.’

In recent years, the training methodology “The Norwegian Method” has become famous thanks to the results of triathletes Kristian Blummenfelt and Gustav Iden – with Olympic gold, world champion titles and world records achieved at the Olympic distance triathlon and long distance running.

Now, the world champion’s method will be commercialized in the form of Entalpi’s app and analytics platform that will be made available to endurance athletes around the world. The goal is for the initial version of the platform to be available by summer 2023, after a beta test phase.

“The goal is to fundamentally change the way athletes train with a unique and innovative algorithm and analytics platform.”

“We will use new technologies and data analysis to push the human limits of what is possible in endurance sports and chase world records,” said Olav Aleksander Bu – co-founder and R&D director at Entalpi, and coach of Kristian Blummenfelt and Gustav Iden. .

“Lactate measurement, sports sensors and intensity control will be essential elements of the product. The ambition is to take a leading position in sports technology on a global scale.

In the past, the best Norwegian athletes have mainly asserted themselves in winter sports. Today, Norway’s top athletes are constantly setting new records in summer sports, especially endurance sports. Two of the best triathletes in the world, Kristian Blummenfelt and Gustav Iden, have broken records and milestones over the past 18 months.

Entalpi co-founder and CEO, Roger Holthe Olsen, said: “By breaking the IRONMAN world record, winning Olympic gold in triathlon and for the first time in history by covering a distance of iron in less than 7 hours, we have shown internationally how Norwegian drive technology has become a world leader.

“We look forward to digitizing ‘The Norwegian Method’ and giving top athletes around the world in triathlon, running, swimming and cycling access to our unique training methodology.”

Olav Aleksander Bu added “By measuring and analyzing data such as hydration, calorie intake, lactate, pulse, glucose, watts, training volume and intensity, sleep and rest, etc., you can adjust and optimize in completely new ways, which in turn gives athletes completely new competitive advantages.We have only seen the beginning of this digital revolution.

Board members and investors include Erlend Drevdal Hausken and Njål Hansen of Voisey (which was recently sold to Snapchat) and Beat Technologies. Serial entrepreneurs Pål Wagtskjold Myran of Voisey and Carl-Erik Michalsen Moberg of TicketCo also invested in the company and joined the company’s advisory board.

Several renowned professors and experts in sports, health and high-level business have also joined the Board of Directors and the Advisory Board. Among these are:

Geir Inge Lunde, former senior partner and CFO of PwC Norway, is chairman and co-founder of Entalpi. The company is also part of the Startup Lab incubator in Bergen, Norway.

To secure the company’s global ambitions, in June 2022 funding was secured for the company through an issuance totaling NOK 4.4 million and an innovation contract with Innovation Norway of approximately NOK 3.6 million. This brought the initial funding to NOK 8 million (USD 800,000).

“We are very pleased to have secured the first round of financing for the company, and the financing round was fully subscribed in just a few weeks,” said Entalpi Chairman Geir Inge Lunde.

“We are also very grateful that Innovation Norway is part of the team, and we would like to thank them for supporting Entalpi in the important first phase.”

CEO Roger Holthe Olsen added: “We are well advanced in development work and have a tentative schedule with the first version of the app to be launched in the market before summer 2023.

“However, athletes can already register on our webpage to be first in line to test the product when we enter beta testing. We are also already raising additional capital. High ambitions must be combined with an optimal team and sufficient funding.So far, we are very satisfied with the development and we will continue to move forward to achieve the ambitions of the company.