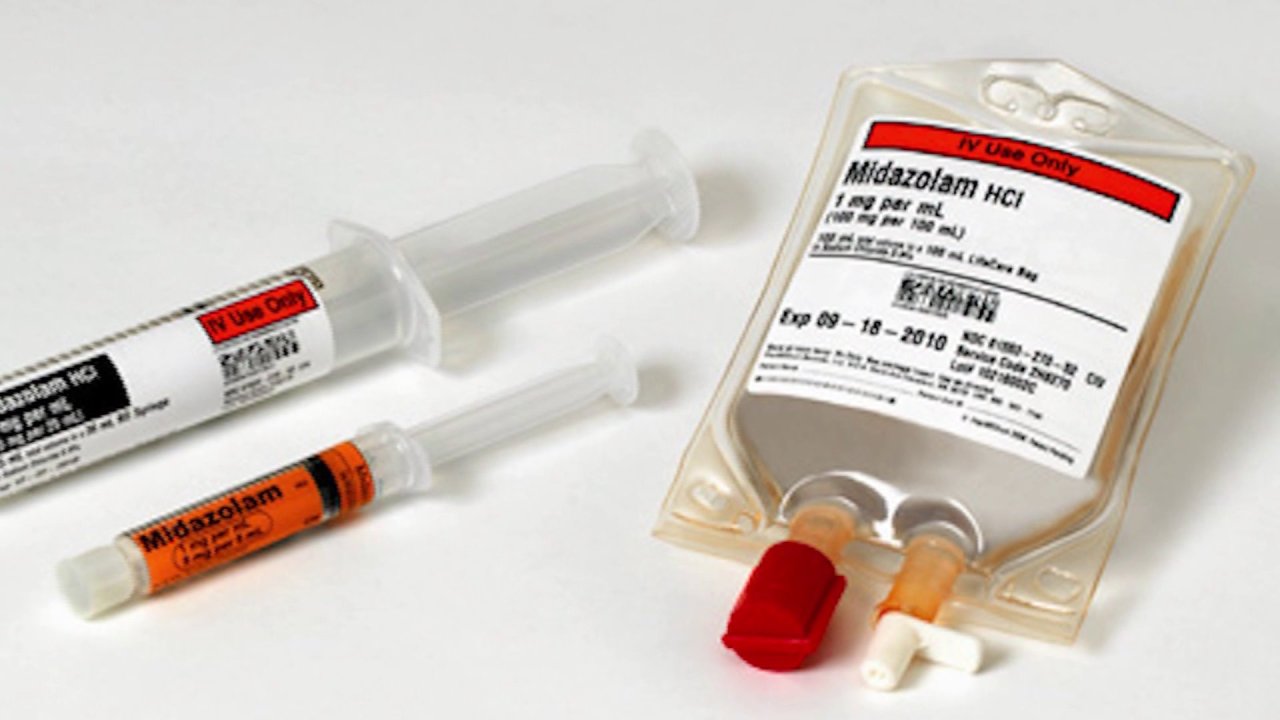 OKLAHOMA CITY (KFOR) — A federal judge ruled on Monday that Oklahoma’s execution protocol was legal. The decision stems from a lawsuit involving more than two dozen inmates who challenged the three-drug cocktail the state uses in its lethal injections. Specifically, he challenged the drug midazolam.

Among other allegations, the plaintiff inmates argued that the three-drug cocktail did not prevent extreme pain during the execution.

However, the judge ruled in favor of the state and said the drugs rendered the inmates unconscious and unable to feel pain.

“We view this decision as one of many cases where the way states execute people has been challenged,” said Ngozi Ndulue, deputy director of the Washington DC Death Penalty Information Center.

While Oklahoma may not be alone in having legal challenges to its death penalty process, Ndulue said they had been keeping tabs on the state earlier.

“What we’re seeing is Oklahoma has a pretty tough history with their executions,” she said.

With the federal judge’s decision on Monday, Oklahoma’s three-drug cocktail was ruled legal, with the judge adding that “the inmate complainants are nowhere near crossing the bar set by the Supreme Court.”

Claims made at trial earlier this year argued that the cocktail did not prevent extreme pain during executions and should be considered cruel and unusual punishment. The plaintiff also cited problems in several past state executions.

Oklahoma Attorney General John O’Connor reacted to the decision in a statement Monday:

Attorney General John O’Connor today affirmed receipt of a federal district court ruling finding that Oklahoma’s protocol for executing convicted murderers is constitutional. In a case that spans nearly a decade, with multiple trips to the United States Supreme Court, the Honorable Stephen P. Friot issued final judgment this morning in favor of the state, as well as findings of fact and conclusions of law fully supporting the State’s positions. “The people of Oklahoma and the families who suffered the murder of a loved one have moved one step closer to justice with today’s decision,” Attorney General O’Connor said.
Oklahoma’s current execution protocol is to administer midazolam, vecuronium bromide, and potassium chloride to death row murderers. The Court ruled that the drugs rendered the inmate unconscious and unable to feel pain. “The state has proven that the drugs and the method of execution are consistent with the constitutions of the United States and Oklahoma,” Attorney General O’Connor said. “The Court’s decision is final: the plaintiffs in this case ‘failed’ to make their case, and midazolam, as the State has repeatedly shown, ‘may be relied upon…to render the prisoner insensitive to pain”. Friot’s decision comes after he held a week-long trial earlier this year, during which testimony from numerous expert and fact witnesses was presented. In his ruling, Judge Friot singled out the testimonies of state expert witnesses Joseph Antognini, MD and Ervin Yen, MD as the “best supported and most compelling” in the case because their respective testimony was “rooted in their extensive professional experience. administering midazolam, their observations of its effects on their own patients, and most importantly, their credible observations” during the four recent executions in Oklahoma. Based on this testimony, Judge Friot concluded, among other things, that “500 milligrams of midazolam will easily achieve general anesthesia” and that “the recipient of this dose will feel no pain.” “The evidence convinces the court, and not by a small margin, that even though midazolam is not the drug of choice for maintaining prolonged deep anesthesia, it can be relied upon as used in protocol. Oklahoma Execution Center, to render the inmate insensitive to pain for the few minutes required to complete the execution.
In other words, the Court found that the evidence established “that midazolam reliably places inmates under general anesthesia”. The Court also issued final findings on the execution of John Grant, which was repeatedly misrepresented in numerous media sources. The Court held that it was “not surprising” that Grant regurgitated during the execution, given that he had a full stomach at the time, and the Court dismissed unfounded “speculations” that which Grant was aware of during the execution. On the contrary, the Court concluded that it was “highly probable” that Grant felt “no physical pain”. Additionally, the court found that Grant’s movements during the execution were the “natural result of the administration of 500 milligrams of midazolam.”
This week, the attorney general plans to ask the Oklahoma Court of Criminal Appeals for execution dates for those on death row.

The ACLU, the inmates’ attorney and the Archbishop of Oklahoma City also released statements about the situation.

“The death penalty is a flawed, biased and arbitrary practice that is not free from error. The ACLU of Oklahoma is extremely disappointed with today’s decision in favor of our state’s three-drug lethal injection protocol. The world has watched our state go through the process of killing its citizens with catastrophic failure and will no doubt once again witness botched executions that highlight the incompetence of the process and the willful indifference of the state. to human suffering. Over the past few years, and particularly during the trial, the state has done absolutely nothing to inspire confidence in its ability to successfully wield the ultimate power of any government. Instead, they rely on a lack of transparency and on the expertise of a doctor who is not certified. In light of this decision, we urge the state to suspend its requests for execution dates until all legal avenues have been exhausted before embarking on another killing spree that could include up to 28 persons currently eligible under the law. The ACLU of Oklahoma strongly opposes capital punishment and will continue to advocate against this ultimate abuse of governmental power.

“The district court’s decision ignores the overwhelming evidence presented at trial that Oklahoma’s execution protocol, both written and implemented, creates an unacceptable risk of prisoners experiencing severe pain and suffering. We are weighing our options for a call.

“Regardless of the court’s decision on the Oklahoma protocol, the use of the death penalty only contributes to the continued rudeness of society and the spiral of violence. Taking another life ultimately does not bring peace and peace to those who have lost a loved one, and it goes against the principle of valuing life. Justice is necessary, but it is not enough. Mercy perfects justice and brings healing. I urge heads of state to end the death penalty in Oklahoma.

The Oklahoma Department of Corrections also released its own statement:

“The Oklahoma Department of Corrections is prepared to enforce court orders in accordance with state law.”

“I think we’re going to continue to see litigation on this because the issues persist,” Ndulue said.