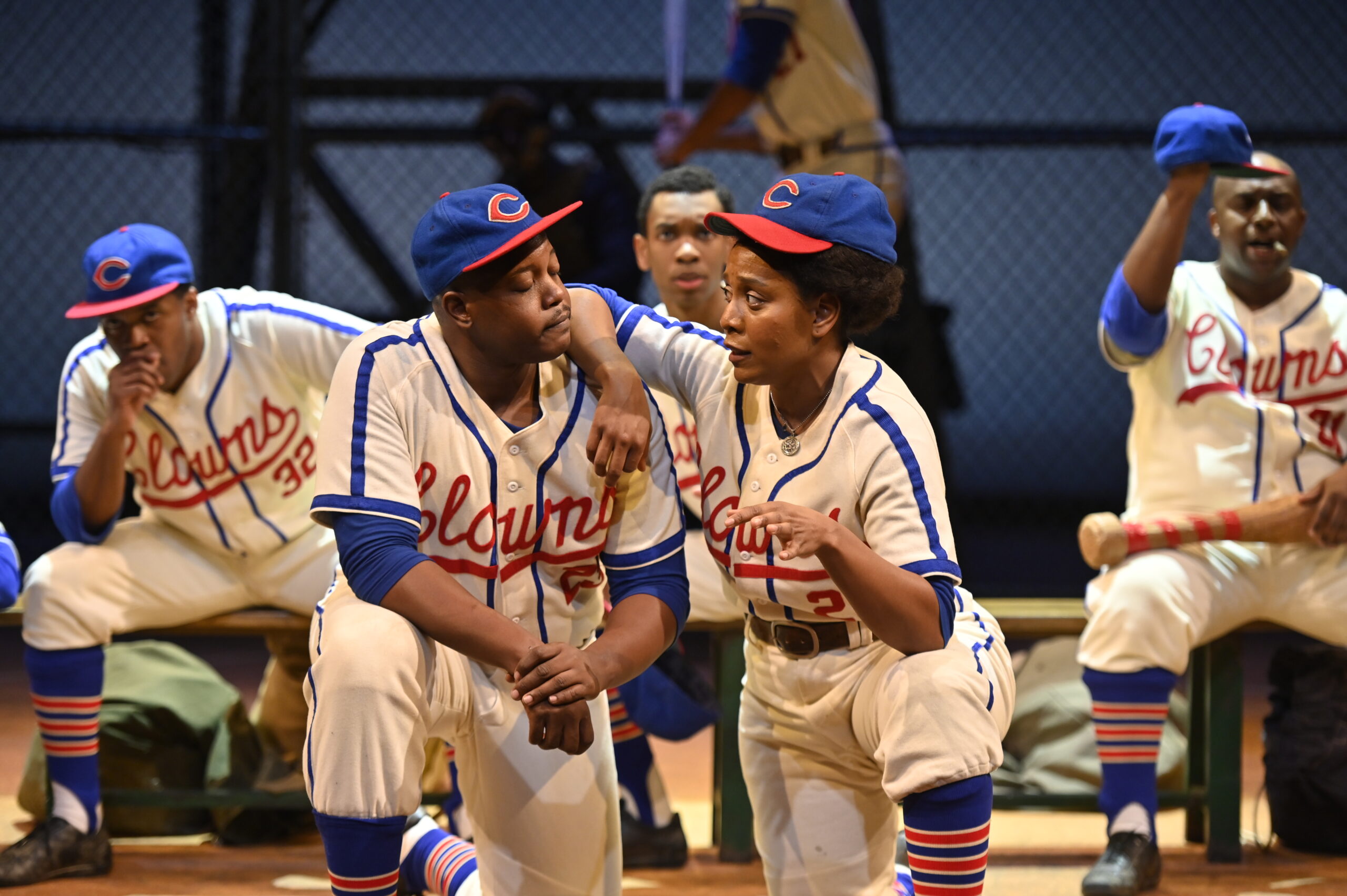 As part of an ongoing celebration of black history, earlier this month Google had an animated doodle of Toni Stone, the first female professional baseball player, at the top of its homepage. Too few, however, know the face and name of this formidable trailblazer, despite Stone’s induction into the Women’s Sports Hall of Fame and the International Women’s Sports Hall of Fame in 1993. The remarkable athlete is the subject of the new production Alliance Theater’s “Toni Stone,” on view through Feb. 27. Director Tinashe Kajese-Bolden and actor Kedren Spencer, who plays Toni, joined “City Lights” host Lois Reitzes via Zoom in to talk about the piece that holds the torch of the brave Stone high and her many sporting achievements.

“Over the years, throughout history, being black, being a person of color, and then, of course, being a woman, there are many ways to be oppressed and disenfranchised. And I think historically, especially in this country, there’s just been a story of erasing and forgetting,” Spencer said. “Even today…you watch Negro league documentaries, and you go to the Negro League Museum and, you know, the three women and Toni, who was the first, and the other two women who played in the leagues black, they are not mentioned, unfortunately.

“I think there’s a special opportunity as storytellers when we actually talk about events that happened and, more importantly, events that were forgotten, rewritten, changed, and changed because the historian decided it didn’t fit into their account,” Kajese-Bolden said. “Usually this account is presented by a white male.”

How Stone and baseball were made for each other:

“She loved baseball so much. You know, she grew up hanging out with the boys, going to the fields, trying to learn and soak in as much as she could. Even as a teenager, she was playing with these men, with these grown men, and she got so good…people couldn’t deny that,” Spencer said.

“She didn’t want to play anything else. The ball is smaller. This requires more acuity, more precision. Playing with men demands more of you, I guess — certainly back then,” Spencer said. “She demanded to take the space where she wanted to occupy it, and she did. And for her, where she wanted to exist and where she did, was in the world of baseball.

Invoking the spirit of Toni in her eponymous piece:

“Lydia wrote this very devious and even beautifully off-center character. Lydia Diamond, the playwright, has this amazing way of getting into Toni’s mind in a very abstract way, in a non-traditional way,” Kajese-Bolden said. “Toni, she blazed a trail in a male-dominated sport and world, and she blazed a trail for herself that no one else was going to help her blaze. And so, history is made of ‘unconventional way. I’ve often heard it described as a memory game. But for me, I interpret it as conjuring.

“These are buried stories that we are resurrecting, and in that it is not sweet. We ask the audience to lean in to ask, “Why don’t we know these stories?” And so come in and be a part, be part of this resurrection that calls for ritual, that calls for explosive reactions, that calls for grace and spirituality, and that’s where this beautiful intersection of sport and theater is.” , Kajese-Bolden mentioned.

“Toni Stone” runs on the Coca-Cola Stage at the Alliance Theater in Midtown Atlanta through February 27. Tickets and other information are available at alliancetheatre.org/production/2021-22/toni-stone.

MP for Exeter calls for removal of 'irritating' covid form