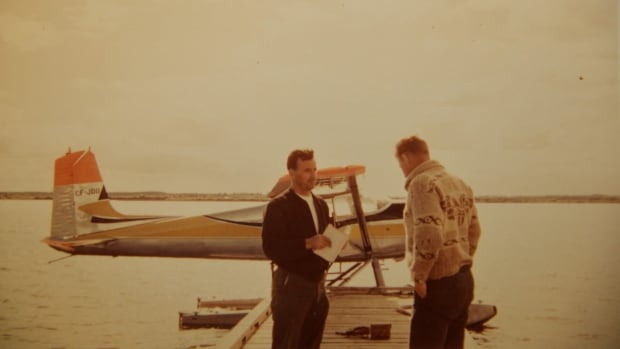 A new chapter has been added to the story of a decades-long Saskatchewan aviation mystery.

This Saturday marks 63 years since a plane crashed into Peter Pond Lake in northern Saskatchewan. The plane was only discovered four years ago using sonar technology. Now a Toronto-based author has written a book about it.

Gran and Thompson died in the crash. The events that took place on that August day remained a mystery for years.

The plane was finally located in 2018 and transported to the Saskatchewan Aviation Museum and Learning Center in Saskatoon the following year.

Hetherington recounted the disappearance and discovery of the aircraft in a book titled In the mist: in search of CF-JDO.

Hetherington says a CBC article on the Gran and Thompson families’ mission to find them first alerted her to the plane crash and eventually got her to write the book.

“By chance I was put in touch with the family and they trusted me with the story, which is so kind and so wonderful and I appreciate that so much.”

Hetherington spent three years writing the book, which will be launched Saturday morning at the aviation museum.

“I was so struck by the love, courage and incredible ingenuity of the family and everyone involved,” Hetherington said.

Wallace moved to Buffalo Narrows seven years after the accident.

“I always wondered if this mystery would be solved, number one. And number two, in aviation, it was always important to find out what happened so that we didn’t make these mistakes again,” he said. declared.

He was there on the ice of Peter Pond Lake the day the plane was found.

“It was kind of a spiritual moment when that plane came out of the water,” Wallace said.

Hetherington says she is struck by the “incredible tenacity” of Gran and Thompson’s families. She says they spent several decades never losing hope.

She says their story is also one of endearing love, noting that Gran’s wife, Marcella, never remarried.

Marcella died in 2018 before the plane was found. She and Gran were buried together after the RCMP recovered her remains from the lake.

Hetherington hopes her book can offer closure to the family.

“I hope…the amount of care and passion everyone has shown in their dedication to history is meaningful to the family,” she said.