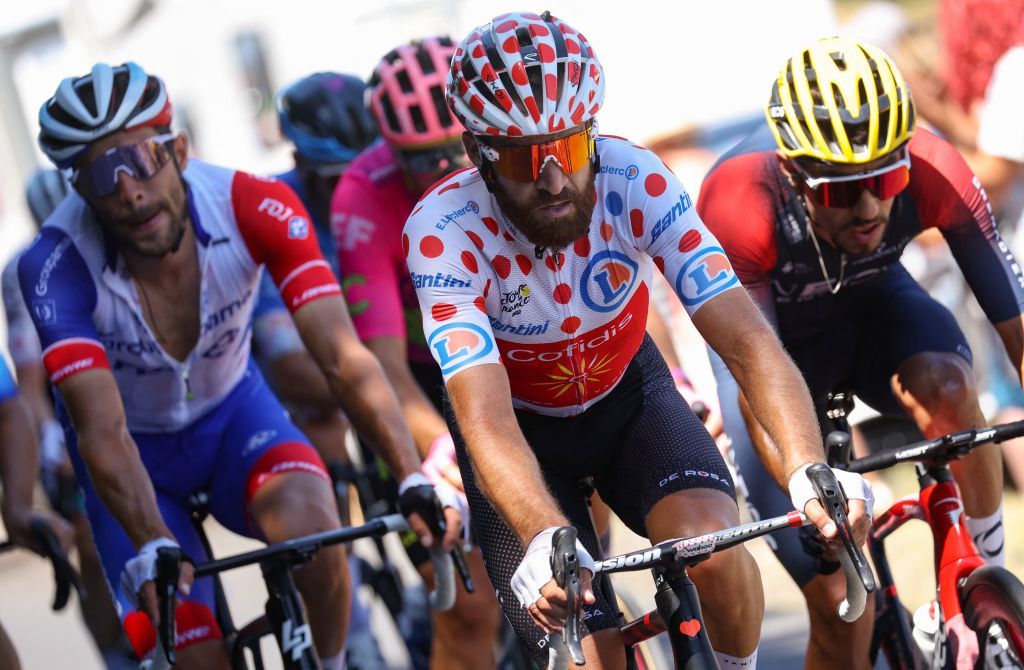 Simon Geschke (Cofidis) was in tears at the finish of stage 18 of the Tour de France after losing the lead in the mountain classification. Stage winner and race leader Jonas Vingaard (Jumbo-Visma) took first place after his victory in the hors category climb to Hautacam, but Geschke will always have his name written in the history books as the German who will spend the most days in the polka dot jersey with nine.

With only three more points to gain until the finish in Paris, taking back the polka dot jersey will be impossible for the Cofidis rider.

“We knew the challenge would be tough but we tried everything,” his team said in a social media post. “Thank you for these nine great days Simon, which make you the German rider who has worn this legendary jersey the most in the history of the Tour.”

Geschke tried to qualify for the day’s breakaway on the flatter first 58 kilometers of the dreaded 143.2 kilometer Lourdes stage, attacking several times in an attempt to make the step, but missed the breakaway.

Giulio Ciccone (Trek-Segafredo) had several team-mates in the breakaway to help him score points on HC’s first climb, the Col d’Aubisque, and drew three points away from taking the jersey.

However, the intense competition between Tadej Pogačar (UAE Team Emirates) and Vingaard on the Category 1 Col de Spandelles and the final HC climb to Hautacam gave the Dane 20 points and propelled him to the top.

“Thank you for the overwhelming support from Germany and everywhere my friends,” Geschke wrote on social media. “It’s a bit heartbreaking to lose the jersey on the very last mountain stage but it’s sport. Thanks also to all @TeamCOFIDIS for the support. At least we died trying!”

A new scientific method transcends the need for eyes to detect the presence of species. | 831 (Tales from the area code)

What is the Mayr Method diet and is it safe?