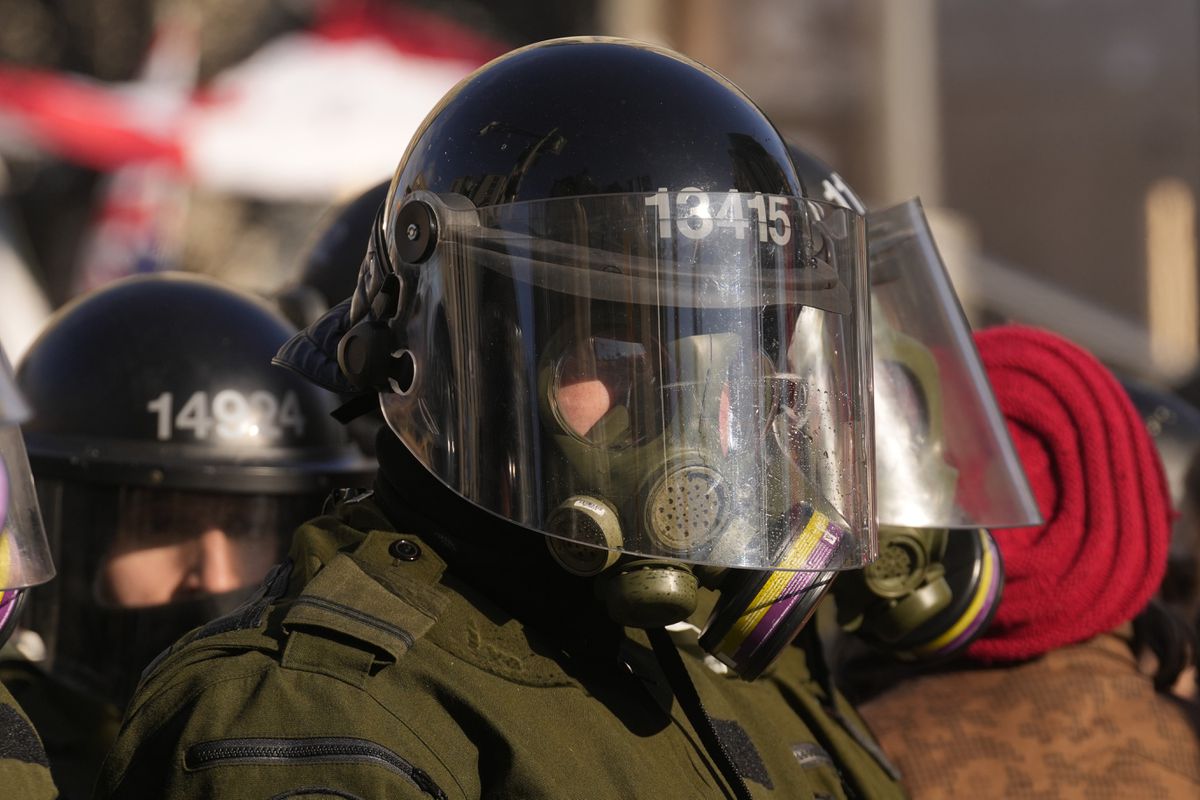 The Trudeau government was in complacency mode on Monday after announcing an independent public inquiry into its use of the Emergencies Act during the truck convoy crisis earlier this year.

Calling the investigation was not just a matter of the government “checking a box”, Public Safety Minister Marco Mendicino said. “It’s healthy for our democracy.”

Mr. Mendicino even boasted in a CBC interview that his government had gone beyond the minimum required by law, calling a full public inquiry presided over by a judge, and with the power to summon witnesses under oath. and compel them to provide documents.

He is technically right. The law only says that, within 60 days of the end of the emergency, an investigation must be opened “into the circumstances which led to the issuance of the declaration and the measures taken to deal with the emergency”. It does not specifically indicate what type of survey.

But that hardly counts as a show of magnanimity for the first government in history to declare a national emergency under the law – a law carefully drafted with the misuse of the old Health Act in mind. wartime measures in 1970 – to meet the requirement to expose himself to full responsibility for his decision. This is the minimum Canadians should expect. No one should express (or expect) gratitude.

It is also bizarre that the Liberals are asking Justice Paul Rouleau to consider not only whether their use of the Emergencies Act was justified, but also, to quote the executive order creating the inquiry: “the evolution and objectives of the convoy and blockade, their direction, organization and participants”; “the impact of domestic and foreign funding, including crowdsourcing platforms”; and “the impact, role and sources of disinformation and disinformation, including the use of social media”.

Who exactly do the Liberals think will be in the hot seat in this investigation? Who do they expect Judge Rouleau to compel to appear?

It’s all too obvious that the Trudeau government doesn’t want the inquiry to focus too much on its decision to invoke the Emergencies Act on February 14. What he seems to want is for the inquiry to draw as much public attention to those who organized and participated in the convoy of truckers that turned Parliament Hill into a giant parking lot for weeks.

And it is wrong. There may be an argument for an examination of the convoy organizers’ motives, methods and funding – although that would not be very convincing. Using social media to spread nonsense is not unique to this event. It is also preposterous to suggest that the main subject of this investigation should be an alleged Jan. 6-type insurrectionary plot on Capitol Hill, especially since Parliament continued to meet and MPs continued to work, day after day, a few steps from the parking lot. trucks.

Judge Rouleau should focus his inquiry on just two questions: Was the Trudeau government right when it decided that a blockade of downtown Ottawa could not be effectively dealt with by any other Canadian law – a fundamental condition for invoke the Emergencies Act? And were the extraordinary measures taken by the government under the law proportionate, such as making it unlawful to attend “a public assembly which may reasonably be expected to lead to a breach of the peace”, and freeze protesters’ bank accounts?

These are real questions; the answers are unclear. But it is government action, and its justification or lack thereof, that must be investigated.

It should be recalled that the blockade of the Ambassador Bridge was lifted by court injunction and a concerted police effort before the Emergency Measures Act was invoked. Could something similar have worked in Ottawa? Or was the Emergencies Act necessary to bolster the Ottawa police force with additional resources and legal powers?

The protesters’ actions obviously need to be considered insofar as they are relevant to the government’s decision to use the Emergencies Act. One cannot assess the government’s response without considering what it was responding to.

But Judge Rouleau should ensure that the investigation does not lose sight. Its subject should be what the Trudeau government did and whether it was appropriate in the circumstances. It is the government, and the government alone, that is in the hot seat.

Back to form | | Santa Fe Reporter