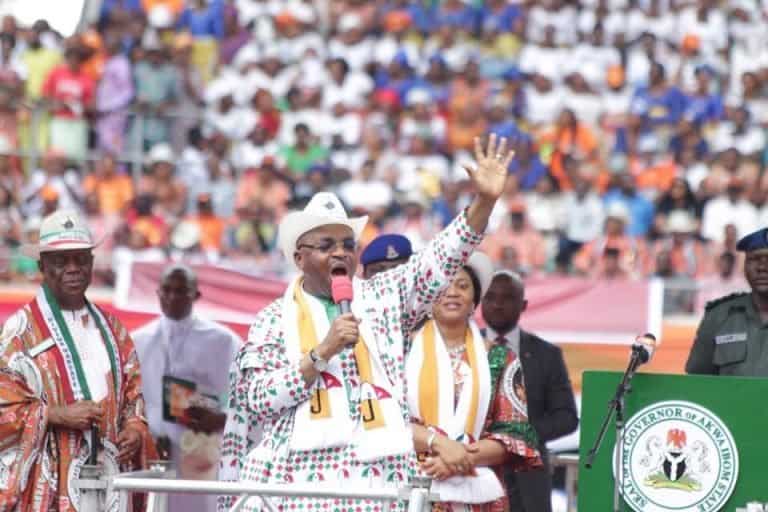 Naija News reports that the Berekete family had bought the 40 million naira expression of interest and nomination forms for the governor.

According to the group, the Akwa Ibom governor would change lives and transform the fortunes of Nigeria for good.

Spokesperson for the group, Innocent Orji said:Today is a new dawn in our country, Nigeria, because for the very first time in the history of Nigeria, this is the only time that a group of people have come together and said, the change must take place in 2023. President. Dr Ahmed Isa and the founder of the Brekete family, radio and television have come out to tell the world that change must begin in 2023.

“When he (Governor Udom) came to Human Rights Broadcasting for Brekete, he came alone and presented everything he had done. We don’t believe until we see. So we decided to do a proper investigation on our own. We traveled to Akwa Ibom and saw everything he said, and even found that there were many that he did not mention.

“As a result, we are of the view that if he could do all of this in his own state, he would do even better in Nigeria as a whole. Based on that, we said we would nominate him and we would buy this form for him.

Reviving an ancient method of lime making in Croatia