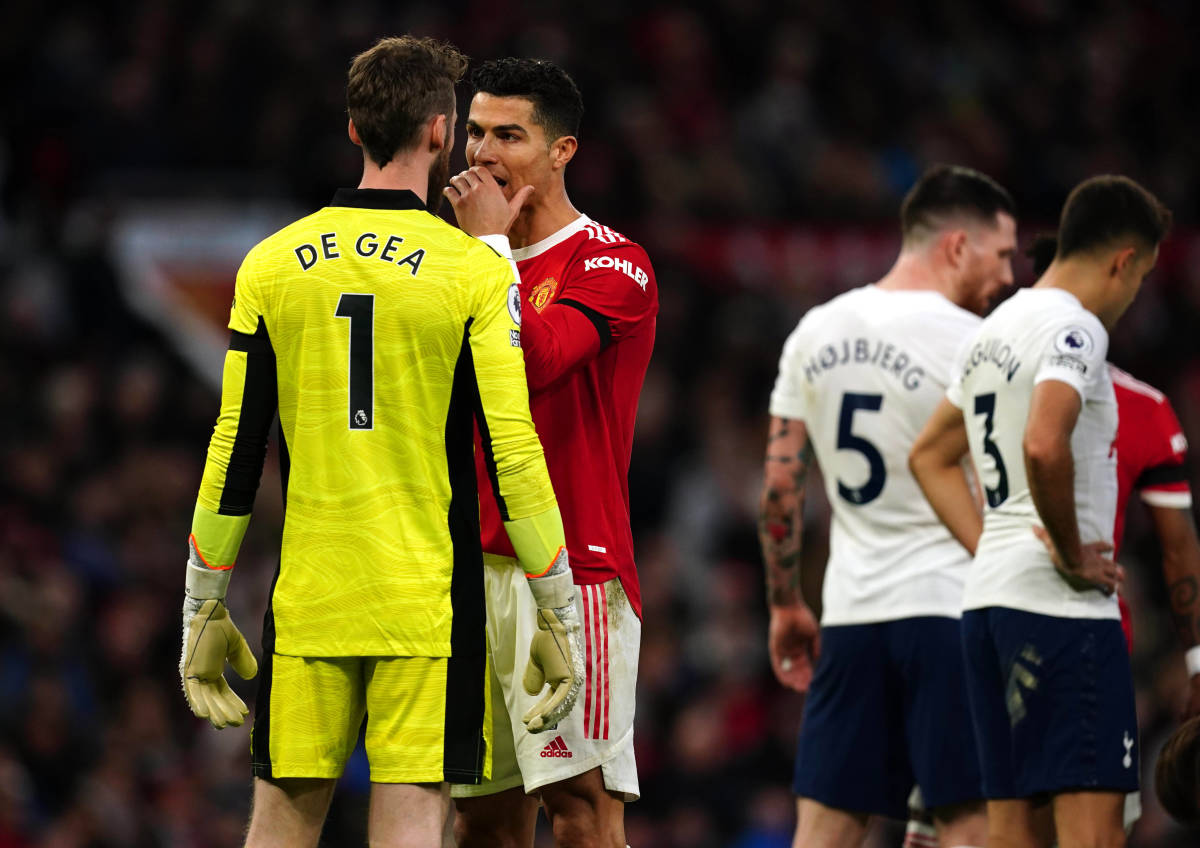 Cristiano Ronaldo wasn’t the only player to enter the record books at Old Trafford on Saturday.

Ronaldo became the world’s all-time leading goalscorer in men’s professional football as a sensational hat-trick took his tally to 807 goals.

But before Ronaldo scored goal number 806 to break the record previously set by Josef Bican, Tottenham’s Harry Kane had made his own history.

Kane’s first-half penalty conversion saw him level with Wayne Rooney on the list of players to score the most away goals in Premier League history.

Ronaldo had done his best to embarrass Kane by giving United goalkeeper David de Gea some advice to try and help him save the penalty.

That advice also sounded pretty good, as De Gea was diving the right way and closing in on Kane’s shot, but it ended up being too accurate.

Third on the list is Newcastle United legend Alan Shearer with 87 away goals, while Chelsea great Frank Lampard is fourth with 85.

The game watched live by one of Kane’s sporting heroes as an NFL icon, Tom Brady, was at Old Trafford.

Kane is an avowed Brady fanboy and paid tribute to the 44-year-old after his retirement.

“Your drive, passion and commitment are an inspiration. You are the main reason I started following the sport and loving the NFL. Thank you!”

Kane also posted the message on Instagram, where Brady responded by calling the England captain “one of the many amazing young stars in this world”.

But Brady was not at Old Trafford cheering on Kane and Co. He was supporting United and Ronaldo.

Brady tweeted a photo from the stadium before kick-off and captioned it: “Let’s go!

“@Cristiano vs @HKane. I might pump if you tag Harry but I’m rolling with @ManUtd today.”

Brady was then seen chatting with Ronaldo after the match.

The World Golf Hall of Fame is about to end in its current form?

10 Times A Pokémon Defeated Its Evolved Form In The Anime