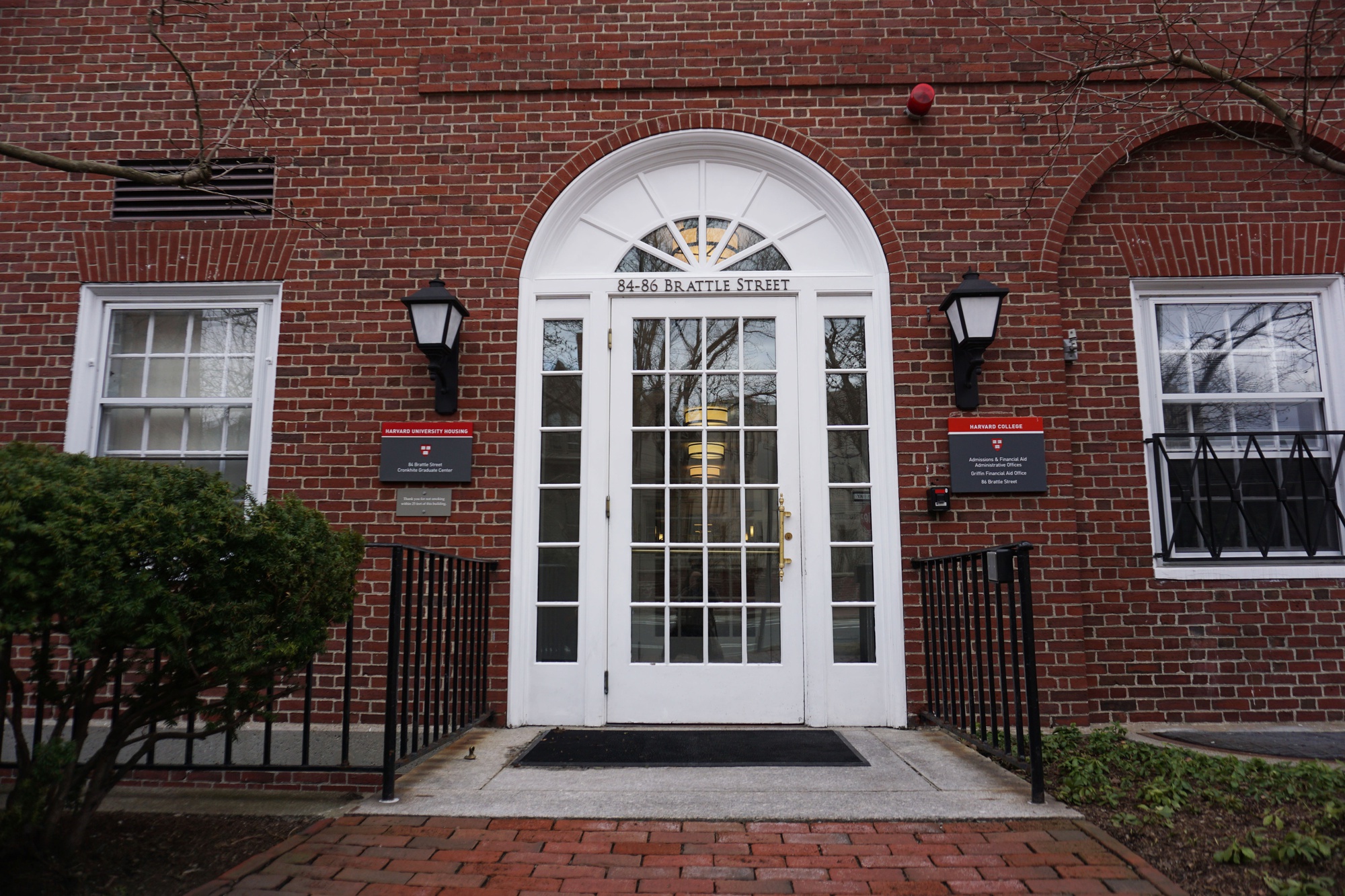 Harvard College accepted 3.19% of applicants for its Class of 2026 — the lowest rate in school history — as it saw a record number of applicants apply for the second year in a row.

A total of 1,214 students received offers of admission as of 7 p.m. Thursday, joining the 740 students who were accepted via early admission in December. The acceptance rate is down from 3.43% of students admitted to the class of 2025 last year – which marked the previous record.

“It really is a wonderful class,” Dean of Admissions and Financial Aid William R. Fitzsimmons ’67 said in an interview Thursday. “I think anyone in the Class of 2026 could certainly argue — as we asserted for the Class of 1967 — that this is the greatest class in Harvard history.”

Harvard also announced Thursday that families earning less than $75,000 a year would not pay tuition. The previous threshold for full financial assistance was $65,000. The Order expects the average contribution from assisted families to be $12,700.

“The best students in the world can now realistically think about coming to places like ours,” he said.

The class of 2026 includes the highest percentage of students eligible for Pell grants, typically awarded to low-income students — 20.5% of admitted students are eligible for the federal program, up from 20.4 the previous year.

Of those admitted, 20.3% will be the first in their families to go to college, down slightly from 20.7 the previous year.

As the Supreme Court prepares to hear a lawsuit alleging that Harvard’s race-conscious admissions policies discriminate against Asian American applicants, the College has seen a slight increase in the percentage of students admitted Asians – 27.8%, compared to 27.2% in the Class of 2025.

African American or black students make up 15.5% of the class, a decrease from 18% the previous year. Latinx students make up 12.6% of the cohort, up from 13.3% in the Class of 2025, but roughly on par with the Class of 2024. Percentage of Native American students admitted jumped to 2.9% , more than double the previous year’s total. by 1.2 percent. The percentage of Native Hawaiians also rose to 0.8% of the class, from 0.6% last year.

“That stuff is going to change from year to year,” Fitzsimmons said. “Sometimes you will have really good years, like we are doing this year with Native American and Hawaiian students. That’s just how it works in your candidate pool.

For the fifth year in a row, women make up the majority of admitted students, with 54.2% of admissions identifying as women, an increase from 52.9% last year.

“Success breeds success, so the word got out,” Fitzsimmons said. “The word is on the quality of the financial aid, because I think as a first generation student, a good number of vets and ROTC members are first generation.”

“The first thing you think of is Harvard – you think maybe it’s not affordable, and it’s quite the opposite,” he said. “We hope this will help us to continue to do even better.”

This year’s incoming class will be welcomed to campus with an in-person Visitas, a two-day program for admitted students scheduled for April 24-25. These will be the first in-person visits since 2019 due to the Covid-19 pandemic.

“We’re very happy to have it back in person,” Fitzsimmons said.

“In person, things are opening up, and that’s great,” he said.

Admitted students have until May 2 to accept or decline their offer to join the Class of 2026.

—Writer Rahem D. Hamid can be reached at [email protected]

—Editor Nia L. Orakwue can be reached at [email protected]