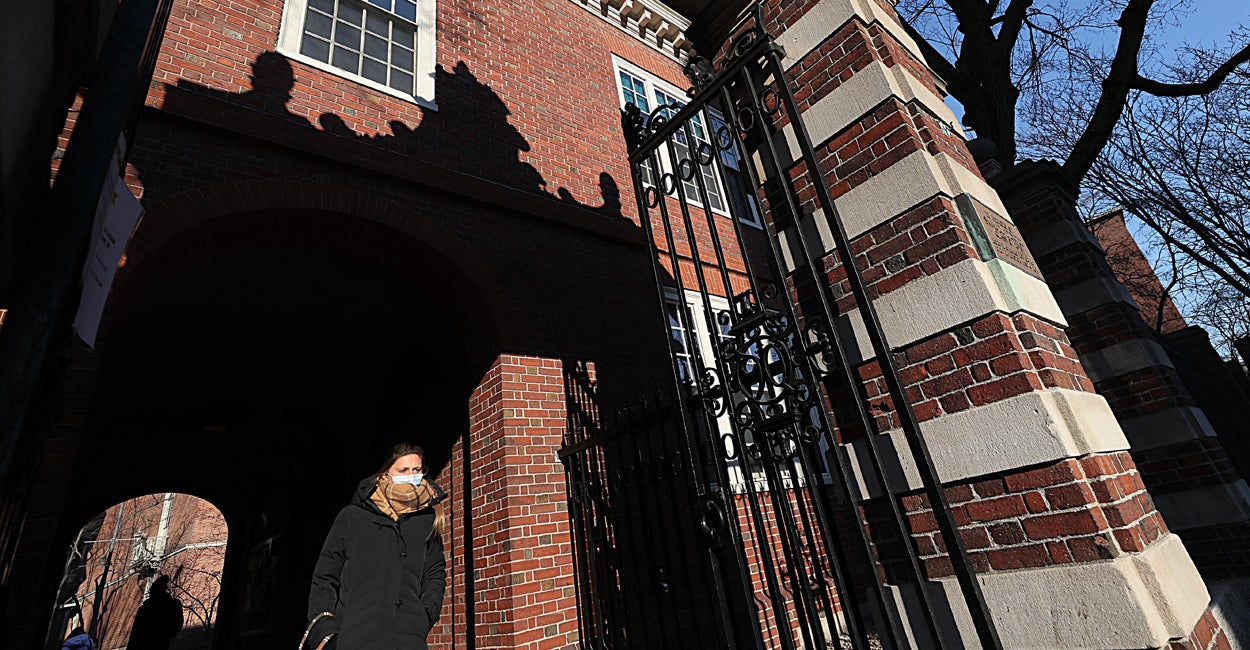 In a decision that could finally end race-conscious admissions, the Supreme Court has granted a motion to hear Students for Fair Admissions v. Harvard on January 24.

The case was brought by a group of Asian Americans who allege, with strong evidence, discrimination by the most prestigious school in the country, for reasons related to the guarantee of a ” racial mix” diverse in the makeup of its student body.

The Supreme Court will now begin a debate on whether the value of racial diversity can truly outweigh the constitutional prerogative not to discriminate on the basis of race.

In the case of Harvard, race is not simply used as a deciding factor in admissions. A 2013 internal Harvard study revealed by the lawsuit showed that if Harvard had considered only academics, Asians would constitute 43% of the Harvard student body. Adding legacy, athlete recruiting, “extracurricular activities” and a “personal” score dropped Asians to 26%. Finally, in the years that the internal Harvard study looked at, Asians actually made up only 19% of the student body.

At the heart of the matter is Harvard’s particularly nasty method of discrimination: the creation of a “personal score” that, according to evidence, the school manipulates to give Asian applicants the lowest scores. While this type of discrimination avoids the blunt edges of explicit racial quotas, such as President Joe Biden’s explicit insistence that he name a black woman on the Supreme Court after the retirement of Justice Stephen Breyer, he is arguably crueler to those who fall under his exclusion.

Harvard’s discrimination is discrimination via defamation. For Harvard to remove the large amount of qualified Asians (who make up 50% of the nation’s top SAT scores) from its admissions records calls into question their character and downplays their achievements.

Harvard admissions officers conveniently rank Asian Americans lowest in the “personal score” never having met them, while black, Hispanic and white students with similar academic qualifications get first, second and third respectively. What is the evidence that Asians deserve this kind of treatment in personality measurement?

The objective evidence indicates nothing. Asian Americans have the highest alumni interview scores, the highest teacher recommendation scores, and the second highest counselor scores among all racial groups. There is simply no objective basis for Harvard’s attack on Asian American “personalities.”

Instead, admissions officers who make final judgments on applicants disproportionately rate Asians as “strong standard,” which is another way of saying “good but not good enough.”

When you get “strong standard” on your Harvard app, “It’s automatic, you don’t get in”, said Professor Duke Peter Arcidiacono, the plaintiffs’ expert witness who read and analyzed all of Harvard’s claims in the case. “And Asian Americans get ‘standard strong’ more often than any other race.”

Using the personality score for nefarious purposes borrows from Harvard history. In 1922, Harvard President Abbott Lowell proposed cap Jewish enrollment at 15% of the student body. His proposal was widely criticized and ultimately rejected by Harvard’s admissions committee, which opposed an explicit quota. Lowell responded by adding a non-academic “character” assessment to the admissions process:

To prevent a dangerous increase in the proportion of Jews, I know of only one simple and effective means at present, and that is selection by personal judgment of character on the part of the admissions authorities, based on the likely value to the candidate, the college, and the community of his admission.

He targeted Jews with low personal character scores, forcing American Jews to the threshold he wanted. Lowell explicitly invented character rating for the sake of racial control, and it remains in full effect today. Although Harvard has moved away from anti-Jewish discrimination, it retains the system and applies it to a new “overrepresented” racial group: Asian Americans.

The Harvard Discrimination Plan, if unverified by the U.S. Supreme Court, allows any actor with racially malicious intent to bury their discrimination under a false “character” trait, while still getting full legal immunity in the process. Any lawyer can refer to Students for Fair Admissions v. Harvard to show that their discrimination is legal.

The primary consequence of Harvard’s discrimination will not just be the deprivation of Asian Americans. This will be the penalty for hard work felt by high-achieving American students. The success of Asian Americans in education is no secret: they study twice as many hours like the average American and take more difficult courses than other racial groups.

Harvard Discrimination will teach children not to aspire to be like the top-performing kids in their class. Instead, students will be rewarded for playing a certain category of victims rather than for working hard and becoming academically proficient.

When the Supreme Court hears Students for Fair Admissions v. Harvard this year, there will be more at stake than a few admissions spots. The strength of our commitment to the ideals of a color-blind meritocracy, where hard work and drive are rewarded, regardless of their background, will be tested.

The Daily Signal publishes a variety of perspectives. Nothing written here should be construed as representing the views of The Heritage Foundation.

Do you have an opinion on this article ? To ring, please email [email protected] and we will consider publishing your amended remarks in our regular “We hear you” column. Don’t forget to include the URL or title of the article as well as your name and city and/or state.