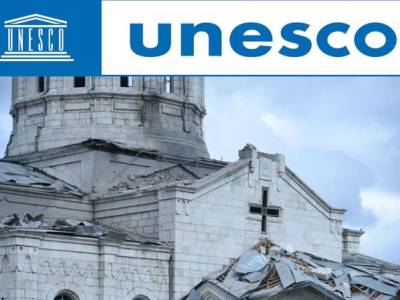 UNESCO continues to work to send an independent technical mission to Nagorno-Karabakh, UNESCO Press Office said in response to question from Armenpress, commenting on reports of cases of distortion and destruction of historical heritage and Armenian culture in Artsakh (Nagorno-Karabakh). -Karabakh) territories that came under Azerbaijani control after the 2020 war.

UNESCO hopes that this mission will soon be possible.

“We continue to work to send an independent technical mission from UNESCO within the framework of the 1954 Convention. We hope that this will soon be possible, but for the moment the necessary conditions are not met. Discussions are therefore still ongoing,” said UNESCO Press Officer Thomas Mallard.

Considering the fact that on December 7, 2021, the International Court of Justice ordered Azerbaijan to “take all necessary measures to prevent and punish acts of vandalism and desecration affecting Armenian cultural heritage, including, but not limited to, ‘limited thereto, churches and other places of worship, monuments, monuments, cemeteries and artefacts’, as an interim measure in the context of the application of the International Convention on the Elimination of All Forms of Racial Discrimination (Armenia v. Azerbaijan), how the organization assesses the actions mentioned by the Azerbaijani government regarding Armenian cultural heritage of Nagorno-Karabakh, UNESCO said: “Heritage and history should not be subject to no political instrumentalization. We urge all our Member States, everywhere, to respect this principle.

Of note, many of these cultural crimes and vandalism by Azerbaijan are recorded on war.karabakhrecords.info.