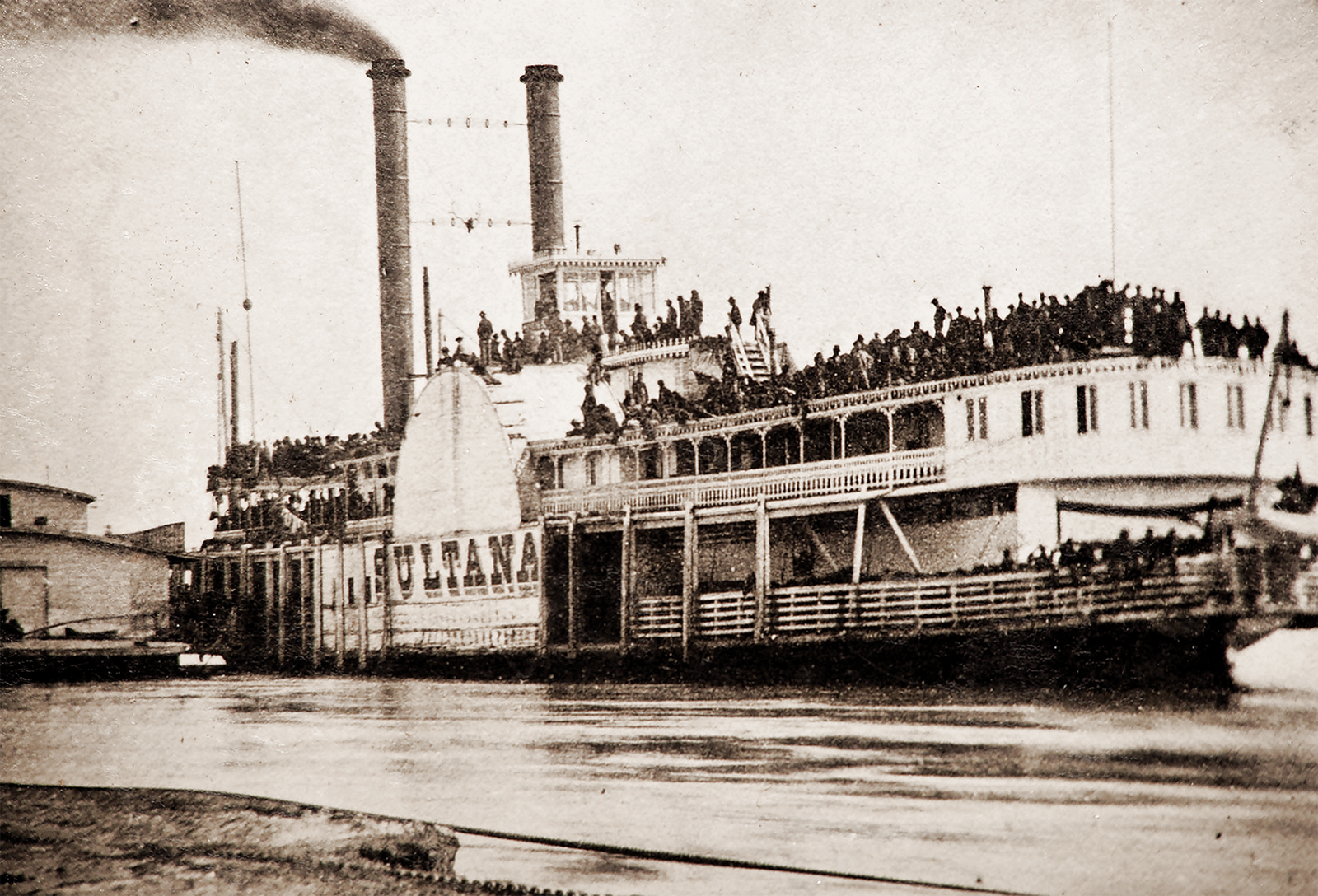 America’s deadliest war was coming to a bloody end. Its first president who died at the hands of an assassin had just been assassinated and was waiting to be buried. Then the killer was killed.

Then came a tragedy so immense that it still holds a record today.

It wasn’t supposed to happen like this. It should have been the opposite, a Hollywood-style happy ending for the men who had suffered – and survived – some of the worst horrors of the Civil War. Yet, in an instant, the Disney tale turned into a horror movie.

In 1865, hundreds of steamboats crossed the Mississippi River from Minnesota to New Orleans carrying goods and people. It was then a bustling place, the fastest way to cover long distances when in a hurry.

The men in blue were indeed in a hurry to get home. After all, most of them were Union soldiers recently released from the Andersonville POW camp in Georgia. When the war was over, the weakened survivors wanted to leave it behind.

Enter the steamer Sultana. It was designed to haul cotton on trails from St. Louis to the Big Easy. But money is money, and Sultana’s owner supplemented his income by ferrying federal troops up the river. When used as a passenger ship, it was licensed to carry 376 people.

The Sultana was docked in Vicksburg, Mississippi, when an Army officer came to pick up Captain James Mason. The officer knew that the war had hit Mason’s bottom line hard and that he desperately needed money to keep his boat going.

The officer also had a problem. A temporary detention camp outside the city was overrun by released soldiers from Andersonville and another POW camp in Alabama. So he offered a deal.

The army paid $2.75 for each man enlisted and $8 for each officer carried down the river. If Mason turned a blind eye to the number of men crammed on board, in addition to giving the officer a generous bribe, the voyage upriver from the Sultana would be the most lucrative of all time. They shook hands.

When the anchor was weighed and its side paddle wheel began to spin on the night of 24 April, approximately 1,960 freed prisoners, 22 other soldiers, 70 additional paying travelers and a crew of 85 were on board. It was 2,137 people – on a boat designed to carry 461.

The sight was so unusual when the Sultana docked upriver in Helena, Arkansas, 36 hours later photographer Thomas Bankes rushed to the levy to capture the scene. Photography was then tedious and time-consuming, which meant that such an overloaded boat was so extraordinary that it was worth preserving. The image clearly shows Sultana singing to port due to being overweight.

A few hours later, he left. There had been engine problems. The worst was yet to come.

He moved slowly, paddling against the fierce current with a weight the boat was not supposed to support. On top of everything else, the Mississippi was in flood at the time. The ship’s complex steam engine, prone to problems even under ideal conditions, struggled to provide power.

It reached Memphis around 7 p.m., dropped off 200 men and 120 tons of sugar cargo while taking on several tons of coal, then resumed its journey north at midnight.

There was a huge explosion. A giant ball of fire lit up the spring night. Bodies and pieces of wreckage were flying everywhere.

Survivor Anna Annis recalls: “My husband, along with our child, jumped overboard. …I held the helm until I had to let it go by the fire.

Solomon Bogart said, “I jumped overboard among countless drowning men and headed for shore after swimming hard for 8 or 9 miles.”

We will never know the exact number of deaths. Estimates range from 1,100 to 1,547. Recent research suggests it was probably close to 1,200.

Some people have suggested that it was a late-war act of sabotage. Although theories about the cause of the explosion abound, they were most likely mechanically related.

Two things are indisputable. First, no one was held accountable. Captain Mason died in the explosion. The army officer who bribed him was convicted by court martial, but his sentence was later overturned.

Second, it remains the worst disaster in American maritime history. The estimated 1,200 lives lost puts it on par with the 1,500 deaths of the Titanic.

So given the magnitude, why don’t many remember it today? Because it happened at the wrong time. It happened after a month that had already seen more than its fair share of deaths. It was ultimately one tragedy too many. The Americans simply wanted to forget.

And forget they did.

There are a lot of discussion topics on this site, for example government, history, sex, science, technology, etc.