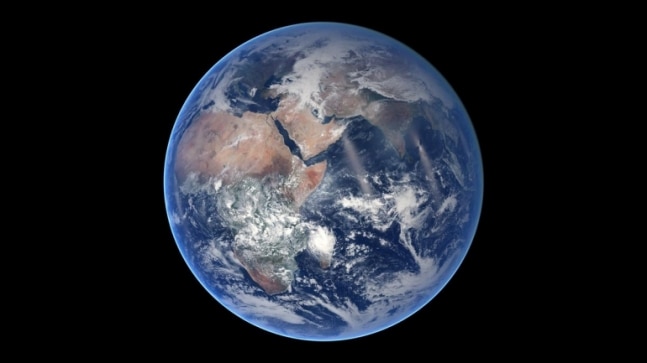 Earth today has seven continents that combine to form less than 30% of the planet’s landforms, while 70% remains water. Continental evolution is the result of plate tectonics and crustal movements over millions of years, giving the planet its current landscape and geography.

A new study, however, says it all started with a bang, providing the strongest evidence that Earth’s continents were formed by giant meteor impacts. These impacts were widespread during the first billion years of our planet’s nearly 4.5 billion year old history. The research proves long-standing speculation that continents began to form around the locations of meteor strikes.

The study published in the journal Nature states that Earth is the only planet known to have continents, although how they formed and evolved is unclear. “Giant impacts provide a mechanism for crustal fracturing and establishment of prolonged hydrothermal alteration by interaction with the ocean on a global scale,” the paper reads.

IT ALL STARTED WITH A BLOW

Researchers analyzed tiny crystals of the mineral zircon in rocks from the Pilbara Craton in Western Australia. This region has the best-preserved remnant of ancient crust on Earth and evidence of ancient meteor strikes on the planet. The team led by researchers from Curtin University studied the composition of oxygen isotopes in these zircon crystals.

Zircon is the oldest mineral on the planet, dating back almost 4.4 billion years and sometimes containing traces of uranium. They discovered a top-down process beginning with the melting of rocks near the surface and progressing deeper, consistent with the geological effect of giant meteor impacts.

“Our research provides the first strong evidence that the processes that eventually formed the continents began with giant meteorite impacts, similar to those responsible for the extinction of the dinosaurs, but which occurred billions of years earlier.” said Dr. Tim Johnson of Curtin’s School. of Earth and Planetary Sciences, said in a statement.

WHY DO WE NEED TO KNOW?

Researchers said understanding the formation and ongoing evolution of Earth’s continents is crucial given that these landmasses are home to the majority of Earth’s biomass, all humans and nearly all of the planet’s significant mineral deposits. . Mineral deposits are the result of a process known as crustal differentiation, which began with the formation of the first landmasses.

“Most importantly, continents are home to critical metals such as lithium, tin and nickel, essential commodities for the emerging green technologies needed to fulfill our obligation to mitigate climate change,” Dr Johnson added.

The researchers also revealed that data from other areas of ancient continental crust on Earth appear to show patterns similar to those recognized in Western Australia.

Read also | Sun is going through a midlife crisis. We now know when he will die