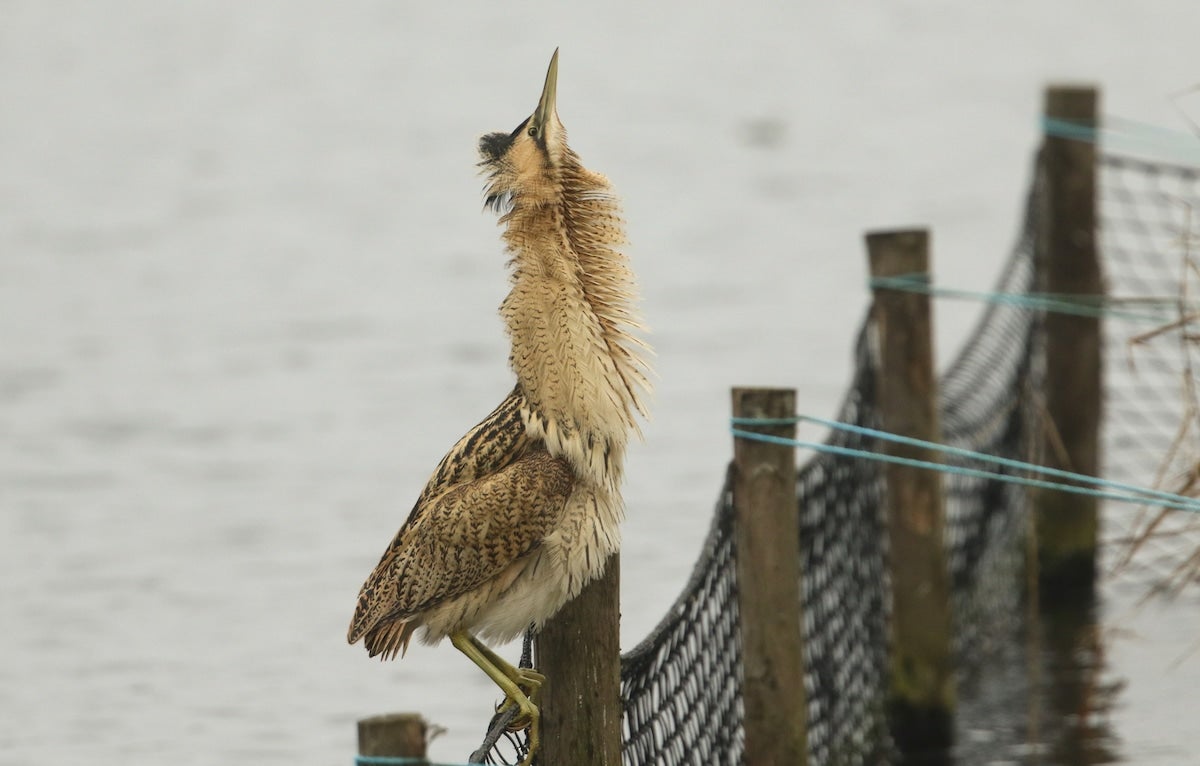 The loudest bird in the UK makes a vocal return.

According to the Natural History Museum, bitterns are a type of marsh bird in the same family as herons and egrets. They were driven to extinction in the UK in the 1870s when their habitat was drained for agriculture, according to BBC News. Hunting has put additional pressure on the birds. However, the species has been reintroduced and the Royal Society for the Protection of Birds (RSPB) has announced that it has had a record year in 2021, with 228 males counted.

“Bitterns are one of [the UK’s] the most charismatic birds,” said RSPB senior conservation scientist Simon Wotton at the Natural History Museum. “Their astonishing recovery from the brink of extinction is a true conservation success story and an example of what is possible through focused efforts to restore wildlife habitat.”

Bitterns are known to be hard to see but easy to hear. Their speckled brown coloring easily camouflages them in the reeds where they live, according to The Guardian. However, the males emit a resounding cry that can be heard three miles away. In fact, the noise is as loud as an airplane taking off, the Natural History Museum said.

The males make the noise of the foghorn during their breeding season, which is how scientists are able to count them, according to BBC News. Birds make this sound by using the muscles around their trachea to inflate their throats in an echo chamber.

“It’s a delight to hear their distinctive call echo through the reedbeds each year as more bitterns move into new or restored wetlands,” Wotton told the Natural History Museum.

The current success of the species is hard won. After disappearing in the late 19th century, the birds returned to Norfolk in the early 1900s and there were around 80 males by the 1950s, according to the Natural History Museum. However, when annual surveys began in 1990, bird numbers were low again, BBC News reported. In 1997, their numbers fell to 11. However, wetland restoration has allowed them to recover in the decades since, and their population has more than doubled in the past 10 years. Wetland restoration has also been a boon for other species.

“We have invested millions in restoring and creating wetlands and that means species like cranes, spoonbills, little egrets and great egrets have also returned,” ornithologist Dr Alex Lees told the BBC. News. “Wetland birds are probably the greatest conservation success story of the past 40 years – they are the group of species that are really bucking the trend of nature loss.”

Today, there are bitterns all over England in Lancashire, Lincolnshire, Yorkshire, East Anglia, Kent, West Country and London, according to The Guardian. In 2020, the first breeding pairs for at least 200 years were located in Wales. They now occasionally visit Scotland and Ireland in the winter and may settle there permanently as their recovery continues, the Natural History Museum has said.