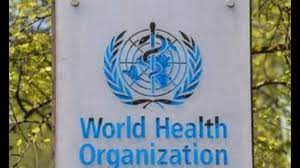 India on Saturday questioned the World Health Organization’s methodology for estimating the country’s COVID-19 death rate, saying using such mathematical modeling would not mean it was not. not appropriate for estimating deaths over large geographic areas. Nation size and applicable population. The Union Health Ministry issued a statement in response to the 16th date titled “India Blocks WHO Efforts to Release Global Covid Death Toll” detailing the methodology used. India maintains regular and intensive technical exchanges with the World Health Organization (WHO) on this subject.

According to the ministry, analyzes using mortality figures taken directly from Tier 1 countries used a mathematical modeling process for Tier 2 countries (including India). “India’s fundamental objection was not the result (whatever it was), but the methodology used to achieve it. “The model provides two very different estimates of excess mortality using data from Tier I countries and unconfirmed data from 18 Indian states. Such variability raises concerns about the validity and accuracy of these models,” the ministry said in a statement.

Specifically, there are concerns about how statistical models predict the geographic size and population of India as a country, as well as how it fits in with other countries with smaller populations. , according to the press release. Such universal approaches and models applicable to a small country like Tunisia may not be applicable to India, with a population of 1.3 billion. “WHO has not yet shared confidence intervals for current statistical models between countries,” the statement said.

India is a country of continental proportions, and climatic and seasonal conditions vary widely from state to state and even within states, resulting in very different seasonal patterns in all states. “As a result, national-level mortality estimates based on data from 18 states are not statistically proven,” the statement said. The 2019 Global Health Estimate (GHE), which forms the basis of Tier II country modeling, is itself an estimate. Current modeling appears to provide single estimates based on a different set of historical estimates while ignoring data available for the country.

“India should be certified by running the model in all Tier I countries if the model is accurate and credible, and if the results of these exercises can be shared with all member states. Guaranteed. The model assumes an inverse relationship between monthly temperature and average monthly deaths, but there is no scientific basis for establishing such a singular empirical relationship.