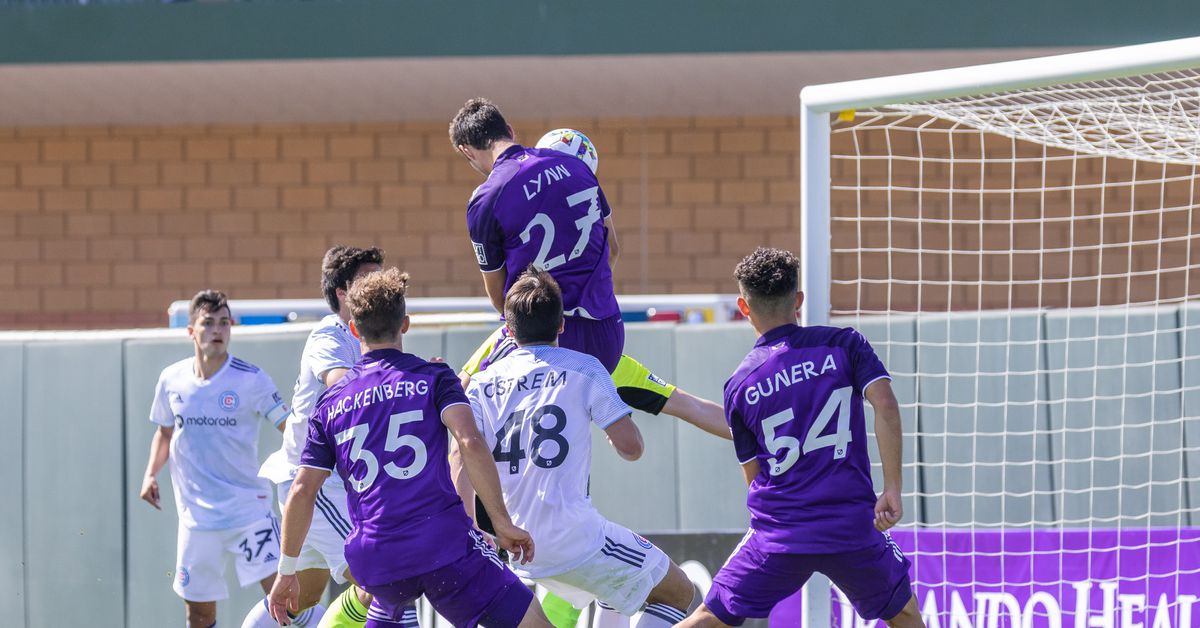 After nine games, Orlando City B had some bright spots in their first MLS NEXT Pro season. One such bright spot is striker Jack Lynn, who is on a record goalscoring streak and in great form this season.

Lynn was drafted by Orlando City with the 18th overall selection in the 2022 University of Notre Dame MLS SuperDraft. Prior to playing for the Fighting Irish, Lynn played for St. Louis FC Academy and St. Louis Scott Gallagher, an academy that produced United States Men’s National Team players Josh Sargent and Tim Ream .

Orlando City signed Lynn to a one-year first-team contract on February 16, with club options for 2023, 2024 and 2025. With the return of Alexandre Pato and the addition of Ercan Kara, he Lynn was unlikely to play much for the first team this season. But OCB provided a chance to hone his skills so he could eventually be a regular in MLS.

The rookie got off to a great start to his OCB career, scoring a brace in a 2-0 win over Chicago Fire FC II. However, he failed to score in OCB’s next three games, although he did contribute an assist on Moises Tablante’s goal in the 2-2 draw against NYCFC II in the team’s second match. .

Part of the goal shortage was that Lynn sat out two games for the team. The striker has been in the first team for eight games this season and has played two games – one MLS game and one US Open Cup game. In fact, he is the only player from the last two Lions draft classes to make a first-team appearance.

After the draw with NYCFC II on April 3, OCB failed to score a goal in the next four games. This drought could have been five games if a match against Rochester New York FC had not been postponed due to the host’s delay in completing their stadium. Lynn would not have played in that game either, as he was with the first team for their match the following night at Exploria Stadium against Charlotte FC.

After missing OCB’s May 16 matchup against Philadelphia Union II, Lynn joined the team for the May 21 game against Inter Miami II. He got off to a great start, scoring in the sixth minute of what became a 6-0 win for OCB – the biggest victory in OCB’s five-year history and the first time the side have won a match by more than three goals.

Goals from Wilfredo Rivera and Brandon Hackenberg gave the Young Lions a 3-0 lead over their Florida rivals, but Lynn wasn’t finished. He then scored goals in the 63rd and 85th minutes to complete the first hat trick in OCB team history.

The following game, a 5-3 home loss to FC Cincinnati 2, Lynn added two more goals to his tally. The first was a 24th-minute goal from a counterattack that gave the Young Lions a 2-1 lead and the second was a 64th-minute penalty conversion.

The striker scored for the third game in a row on Saturday night against NYCFC II in a 1-1 draw. His 14th-minute goal from a Nick Taylor free-kick made him the second player in OCB history to score in three consecutive games – Hadji Barry scored in four consecutive games during the 2017 season of the USL.

With six goals in his last three games, Lynn now leads the MLS NEXT Pro in goals with eight. He scored one more goal than Tacoma Defiance’s Alfonso Ocampo-Chavez and Columbus Crew 2’s Jacen Russell-Rowe. He also did so in fewer games. While Lynn has only appeared seven times for OCB, Ocampo-Chavez has featured 11 times for Tacoma and Russell-Rowe has featured nine times for Crew 2.

In addition to being on track to win the scoring title in his first professional season, Lynn is closing in on some OCB records. Michael Cox holds the team’s single-season goalscoring record, scoring 11 goals in 28 appearances in 2016. Barry came closer the following season, scoring 10 goals in 18 games. Lynn currently has eight goals, but there are still 15 games left in the regular season.

The striker is even closing in on the team’s all-time goalscoring mark. Barry currently holds that, scoring 14 goals in 28 games in 2016 and 2017. Cox is a behind, with 13 goals in 45 games in the same two seasons.

Orlando City fans who only watch the first team have only seen glimpses of Lynn in action during pre-season and his two brief appearances since. But the striker has been on a roll for OCB and continues to be a constant threat.

“I think he’s doing a great job,” OCB head coach Martin Perelman said of Lynn’s form following the team’s draw with NYCFC II. “He works so hard for it. He is a very (humble) player, a very talented person. He works a lot to improve, so I think he deserves it.

The story of the floods is the subject of a podcast