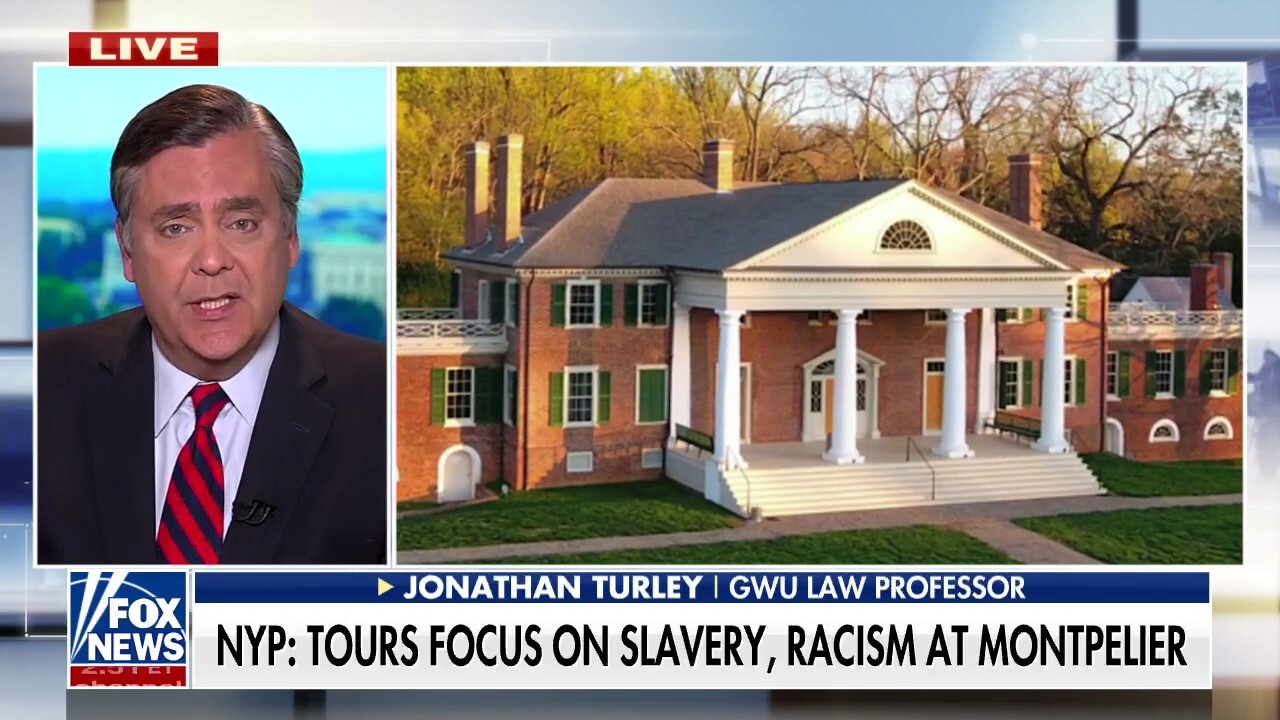 Turley made the comment on ‘America Reports’ on Monday, reacting to a New York Post report revealing a wistful redesign of Montpelier, Madison’s plantation home in rural Virginia that no longer displays American flags and contains no signs highlighting his life and accomplishments as a nation. fourth president.

Instead, the Post said, tourists are shown high-tech exhibits about Madison’s slaves and racial strife.

“It’s really something that should alarm all Americans,” Turley told Fox News host John Roberts. “You know, Madison is not just an American figure, he transformed political theory in his writings in the Federalist Papers, he laid the foundations for the most successful democratic system in the world.”

Turley said the argument that the philosopher who established our three-branch federal system of government, authored the Bill of Rights and Federalist Papers, and served two terms as president was a “slave rejects a much more “fascinating and nuanced” historical subject. .”

“If you’re really interested in history, it’s perfectly fine to note that he had enslaved individuals on his property and that’s something we should acknowledge and address,” Turley said.

“But it’s a lot more complex than that. If you look at what Madison did, he was against slavery, he wanted to see an end to slavery, he worked hard for it, people like Lafayette were giving back to him. visit and they had meetings of people who were abolitionists on that same property. It’s a much more interesting story that’s not being told, and that means it’s not historically true.

The overhaul was signed by leftist philanthropist David M. Rubenstein, who donated $10 million to the Montpellier estate, the Post writes.

Turley said while he respects Ruberstein’s efforts to preserve the historic site “and has given a lot to the country,” he’s “pretty amazed” that he’s greenlighting a transformation like this.

Yael Halon is a reporter for Fox News Digital. Story tips can be sent to [email protected]

Local author tackles the subject of espionage in the NFL