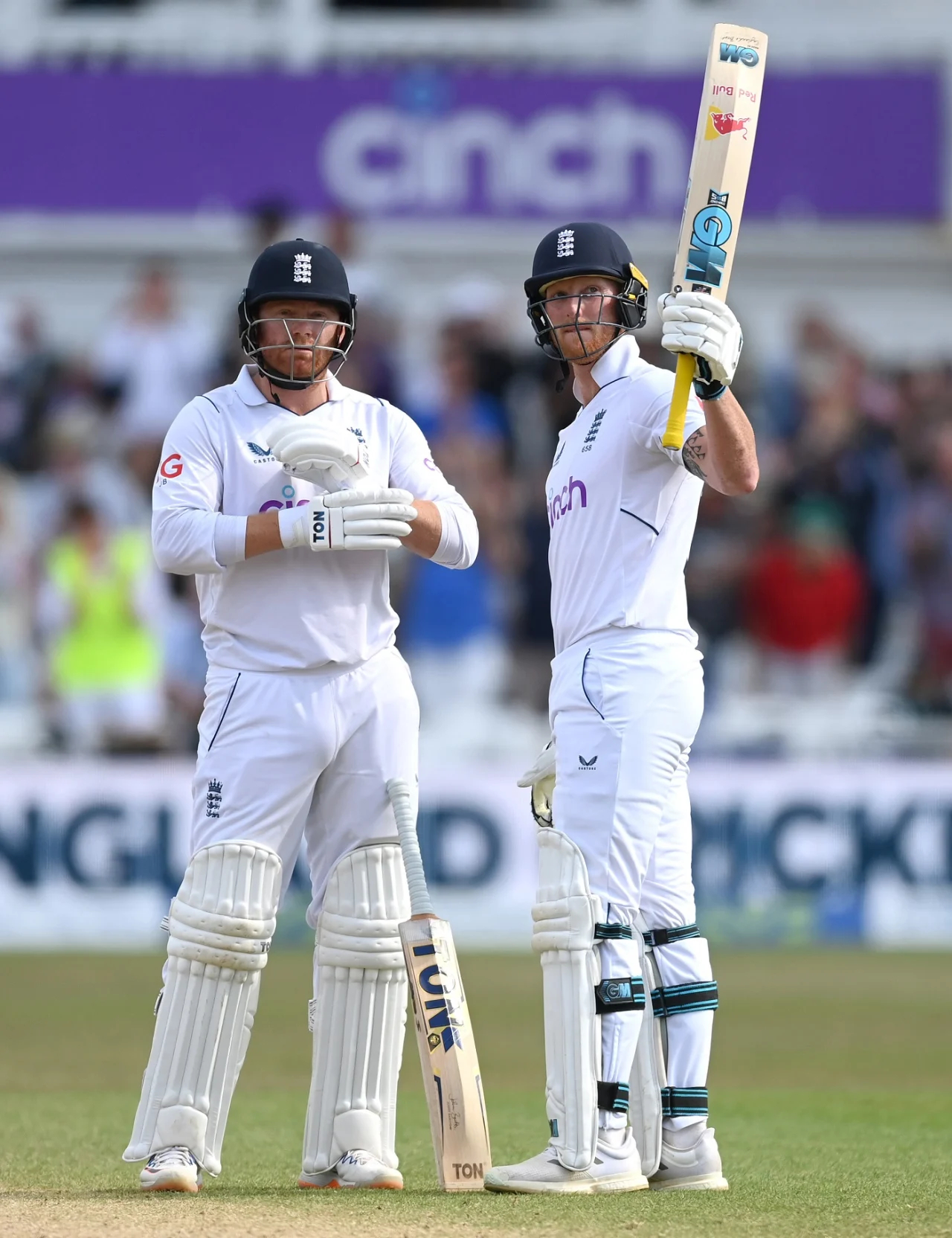 After Jonny Bairstow’s unbeaten 71 from 44 helped England beat New Zealand by seven wickets on the final day at Leeds, Ben Stokes felt ‘wow’ was the only word to describe his form recent.

With 774 runs, including four hundred, at an average of 64.50 this year in Test cricket, Bairstow is the world’s top scorer.

After England fell to 21-4 and then 55-6, Stokes claimed Bairstow’s first-century cent was “even better” than his innings in the chase at Trent Bridge. “It was pretty special to follow that great shot at Trent Bridge with the effort in both legs this week,” he remarked.

“It was great to see the Trent Bridge heats. However, in my opinion, the hundred in the first innings was much better than it was the week before. The situation in which he found himself at 55 for 6 and continuing to play while still managing to score a hundred points at more than one point per ball is something very, very extraordinary and should never be ignored.

Stokes said his goal with Bairstow was to help him become “comfortable” in his position as the team’s No. 5 mid-ranked aggressive hitter. On the white ball team, Stokes said, “Just take him to the role: he’s very clear, very particular, and he knows exactly what he’s doing every time he steps out to play.”

“Jonny has been able to do that with the white ball group because he knows what’s expected of him and how he wants to play. He acts like he’s wearing colors. He’s just ‘wow’. I can explain his current style of play that way. It’s just amazing.

Jonny Bairstow made 394 runs on 328 balls, including centuries of 77 and 95 balls at Trent Bridge and Headingley, “respectively. He had the second-highest batting rate (120.12) in Test history for a batter who scored over 300 runs in a series against New Zealand.