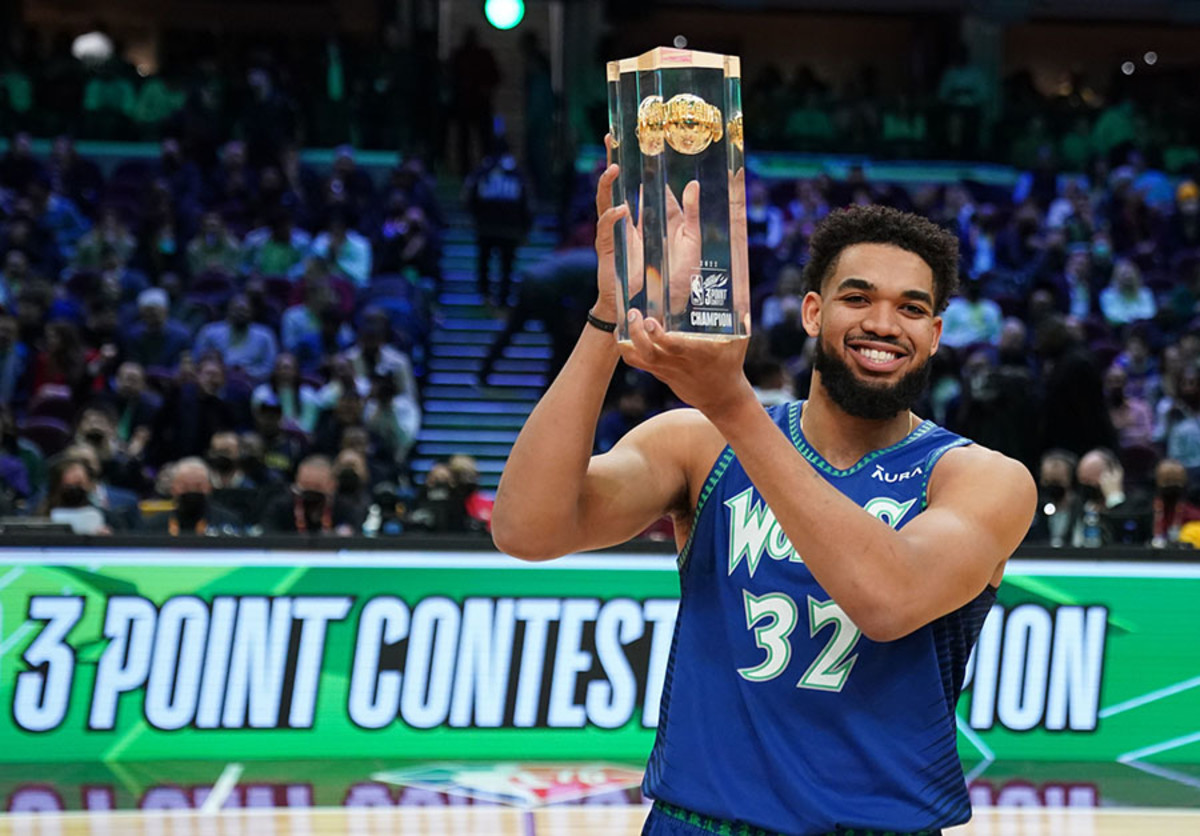 Earlier this season, Karl-Anthony Towns proclaimed himself “the greatest great shooter of all time”. On Saturday night, he took a step toward validating that claim after winning the NBA 3-Point Contest.

Towns entered the evening as +1200 underdogs according to FanDuel Sportsbook, but showed up in the first round. With a first round of 22, Towns had the lowest score to advance to the Finals, but made the cut along with Atlanta Hawks guard Trae Young and Los Angeles Clippers winger Luke Kennard.

Towns made up for his modest opening run in the final, catching fire with a score of 29. The performance set a championship run record and helped Towns join Kevin Love as the only players in Timberwolves history. to win the competition.

“I told you this from day one,” Towns said on the telecast. “I said it on Timberwolves Twitter. I said it everywhere. The only way to lose is if someone passes me. I’m not going to fight here, so I said what I said. I said before. I’m standing there with the best big shooters of all time. I needed that trophy to prove it.”

Towns went on to tell Shaquille O’Neal that “Vegas got the odds wrong.” He’ll get another chance to show his shot when he takes part in the NBA All-Star Game on Sunday night.