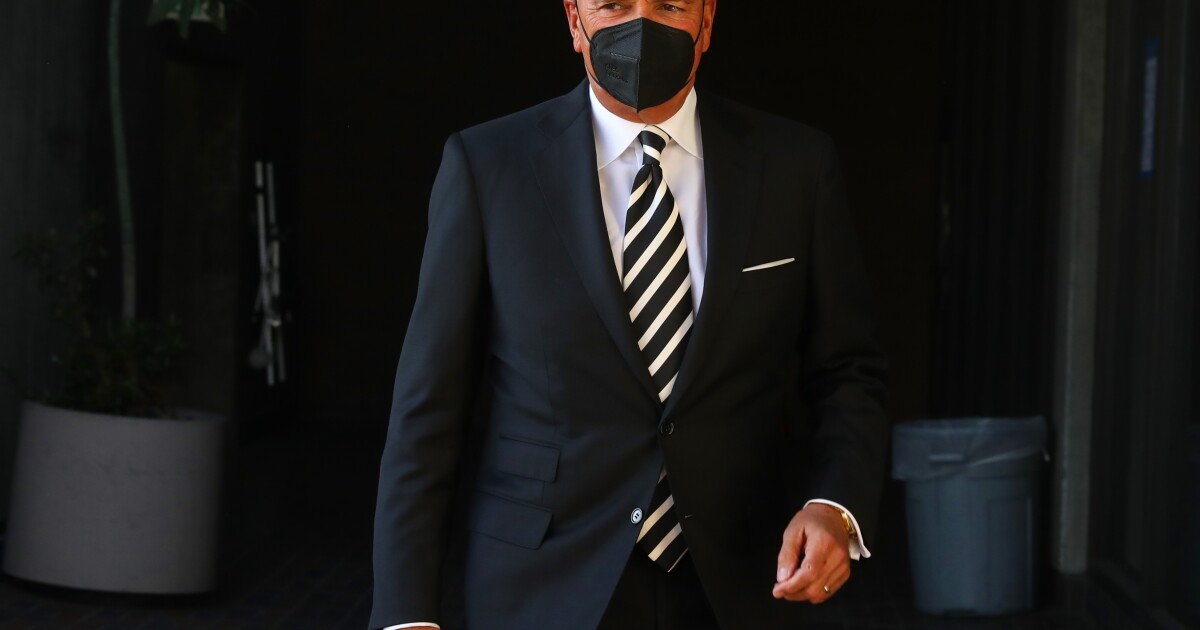 Hello and welcome to LA on the Record – our local election newsletter. It’s Ben Oreskes here with lots of help from Julia Wick.

From the perspective of the primary, developer by Rick Caruso The mayor’s campaign has steadily rolled out a succession of endorsements from high profile actors, influencers and business people. Those nods came via Twitter and Instagram and sometimes came from people who were also doing business at his properties.

These endorsements also had the effect of showing Caruso’s good faith in one of the biggest industries in town – Hollywood. Caruso and fellow contestant Karen Bass have touted support from actors and movie moguls, with Caruso being backed by Gwyneth Paltrow and Bass receiving support from luminaries such as Samuel L. Jackson.

On the Ankler podcast this week, we have a little more insight into how Caruso plans to potentially rule the city where the movies are set and who he talks to in that world. Much has been said about his relationship with the boss of Netflix Ted Sarandos and wife Nicole Before, who organized several events for him.

During the interview with Peter Kiefer, Caruso said: “I talk to [CAA’s] Bryan Heavy. I’m talking to Dana Walden [chairman of Walt Disney Co.’s TV content division]. I spoke to Nicole Avant. I talk to Ted. Listen, I’m talking to Clarence Forward. I like the fact that Clarence is a supporter.

The interview included Caruso’s usual riffs about homelessness and his feeling that the quality of life in the city has declined. Caruso tied these ideas, however, to how it affects the presence of major studios and production companies in the city.

“To look at Ted Sarandos,” Caruso said. “Here’s a guy who said, “I’m going to commit and have my headquarters in Hollywood,” and made a huge, incredibly wonderful commitment to the city.

“What did the city do? The city has authorized encampments all around this headquarters. So people don’t want to go back to work. People come to work, and I’ve talked to the executives there, who come to work wearing human waste on their shoes because there’s so much human waste on the sidewalk, because we’ve allowed people to live in the most inhumane situation.

Full transcript of the conversation here. representing Karen Bass also made an appearance on the podcast earlier this summer.

— CHAOS OF THE COUNCIL CHAMBERS: For the second week in a row, city council chambers became the site of chaos as protesters denounced the passage of a broad anti-camping ordinance that prohibits homeless people from setting up tents within 500 feet of schools and daycare centers and at one point interrupted the meeting.

A speaker climbed onto a bench and onto the council floor near where council members are seated to confront council speaker Nury Martinez, prompting police to fill the chamber and evacuate the public. A spectator was arrested.

These acts led several members of the council compare the scene of anger at what unfolded at the United States Capitol last year.

Others, like Councilmember Marquise Harris-Dawson, were more measured, saying the council’s public comment period “spinned out of control” on Tuesday. But he said the incident did not worry him.

“I was not afraid. I didn’t feel threatened,” Harris-Dawson said. “It was extremely disruptive. They interrupted the meeting. We left, we waited, we continued the meeting.

— KNIVES ON ZOOM: Former Secretary of State hillary clinton took a hit to Caruso at a Zoom for Bass fundraising event. “His opponent unfortunately has a long history of supporting anti-choice organizations and candidates,” Clinton said. The statement came shortly after Clinton appeared to compare Caruso to the former President Trumpsaying “she’s facing a billionaire — a billionaire real estate developer, if that sounds familiar.”

Caruso reply Thursday, Tweeter“With all due respect, I am pro-choice and always have been.”

– WELCOME TO THE PARTY: We told you last month how Anna Bahr — Bass’ main spokesman for much of the primary — was gone. The campaign attracted Sarah Leonard Sheahan, who once worked for the mayor Antonio Villaraigosaas the new communications director replacing Bahr.

— NEW CONCERT: Speaking of Villaraigosa, he’s been spending a lot of time lately campaigning with his old friend Bass. But now he has a new job for an old rival. governor of california Gavin Newsom just named him “California State Infrastructure Advisor, working with local, state and federal leaders to identify priority projects and maximize access to federal funding in all regions of the state,” according to a press release. Politics Chris Cadelago reports that Villaraigosa “will be paid as part of a deal with nonprofit group California Forward, which focuses on reforming government operations.”

— NEVER MISS A PARTY: For a guy who was sick at home with COVID-19, running for city council Hugo Soto Martinez certainly appeared in many photos of his campaign’s general election launch party. It’s because the supporters brought a life-size cardboard cutout de Soto-Martínez at the event. The surprisingly convincing cutout – which campaign spokesman Josh Androsky jokingly called “Bizarro Hugo” – was made by members of the Democratic Socialists of America-Los Angeles earlier in the campaign.

— INFRASTRUCTURE WEEK: This week, the Transportation Secretary Pete Buttigieg listed 166 projects that would “receive funding under a popular but oversubscribed program that receives a five-year, $7.5 billion infusion under last year’s Infrastructure Act,” reported the Washington Post. Three remarkable projects in our corner of the country represent $25 million to help design the state’s high-speed rail, $20 million to make the Port of Los Angeles more accessible, and $15 million to build a train that would connect the Forum and SoFi Stadium to a soon-to-be-completed subway line in Inglewood.

— SONG OF SUMMER: Los Angeles Magazine Jon Regardie takes a step back and concludes that, as we finish third and head into the home stretch of this mayor’s race, “Karen Bass has won the summer.”

— BIG DONATION: Caruso gave a lot of money to his two alma maters – Pepperdine Law School and USC. Inside Philanthropy takes it a step further where the billionaire developer has been allocating its dollars. Caruso mentions some recipients of his largesse — like Operation Progress — during the campaign trail.

Do you like this newsletter? Consider subscribing to the Los Angeles Times

Your support helps us deliver the news that matters most. Become a subscriber.

(If you have a recommendation you want to flag for next week, please send it to us.)

It’s all for this week ! Send your questions, comments and gossip to [email protected] Did a friend forward this email to you? Sign up here to receive it in your inbox every Saturday morning.