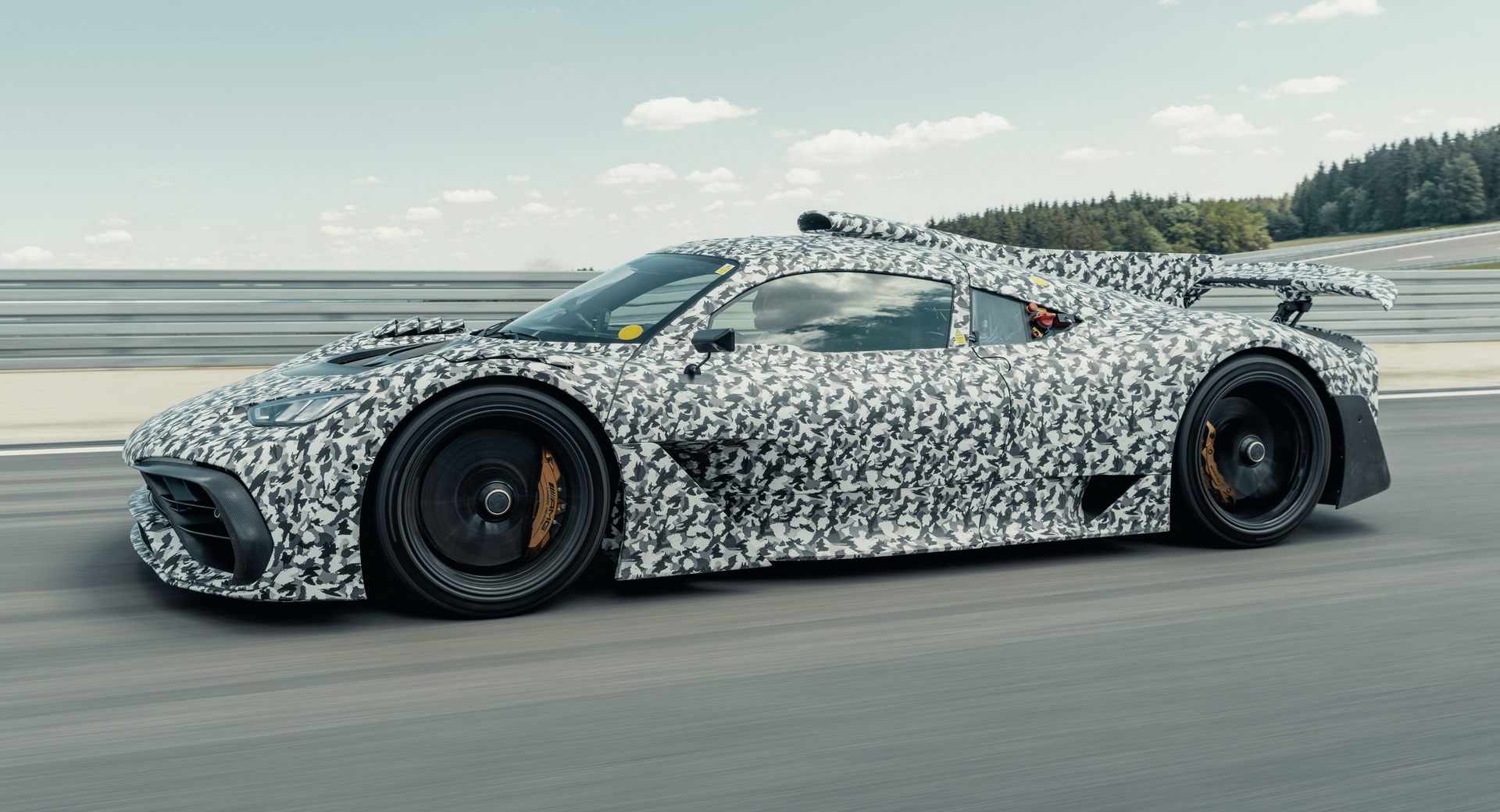 The wait for the Mercedes-AMG One has been quite long, but it looks like the production version is now ready to be unveiled, with an official launch date set for June 1. AMG announced the news on Instagram with a video teaser of the hypercar.

The Mercedes-AMG Project One was unveiled in concept form back in 2017, but five years later we’ve yet to see the production model. Since the unveiling and following several delays during development, Mercedes has released photos and videos of lightly camouflaged prototypes, showing off advanced aerodynamics. The final teaser is dark but thanks to the reflective strips (or LEDs?) we can see the shape of the front and rear fenders, the roofline and the large roof-mounted scoop turning into the center spoiler.

See also: Check out the carbon vented wheels of the Mercedes-AMG Project One

The result looks quite dramatic in terms of proportions, with the massive aerodynamics making it look like a race car, even though the Mercedes-AMG One will be a street-legal machine. We know from concept that the hybrid powertrain combines an F1-derived 1.6-liter turbocharged V6 spinning at 11,000 rpm and four electric motors. The combined output will exceed the 1,000 hp (746 kW / 1,014 hp) mark, making it the most powerful car in Mercedes history.

Mercedes will only manufacture 275 units of the hypercar which are already priced at $2.72 million each. Recently, Mercedes CEO Ola Källenius admitted that the supervisory board must have been “drunk” when it gave the green light to the project. The Mercedes-AMG One’s main rival will be the Aston Martin Valkyrie which also uses F1-derived technology. We expect them both to be incredibly fast on the track, possibly breaking world records.