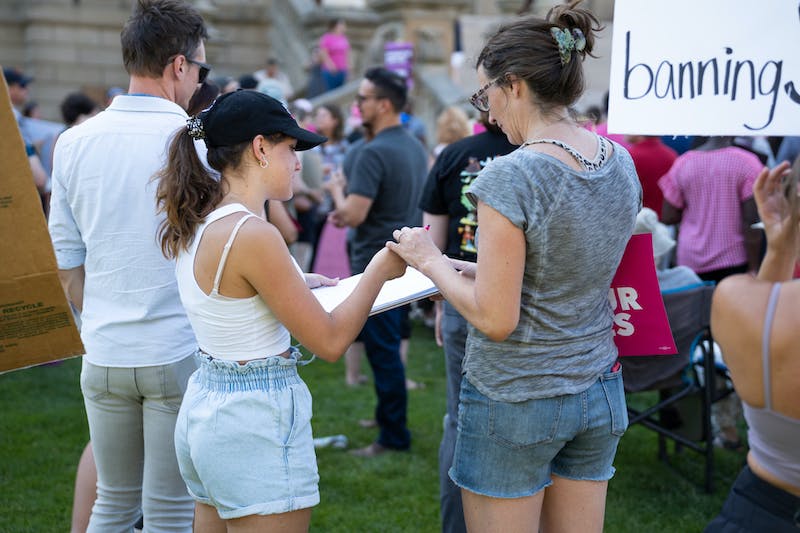 In January, the Reproductive Freedom for All, or RFFA, launched a petition for a ballot initiative to add abortion rights and protections to Michigan’s constitution.

On Monday, the RFFA delivered 753,759 signatures to the Michigan Secretary of State, far exceeding the 425,059 valid signatures needed to qualify for the November 8, 2022 ballot. The RFFA collected the most signatures in the history of the Michigan for a ballot initiative.

According to the ACLU of Michigan, the ballot measure would enshrine “the right to make all decisions regarding reproductive health” in Michigan’s constitution. This includes birth control, miscarriage care, prenatal care, childbirth and access to abortion.

If the signatures collected by the RFFA are confirmed as valid, the proposal will appear on the ballot in the November elections. If 51% of voters vote “yes”, the state constitution will be amended, losing its 1931 abortion ban, which is currently suspended due to a preliminary injunction.

ACLU of Michigan Executive Director Loren Khogali wrote in a statement that the vast majority of Michigan residents know abortion is health care and stand “on the right side of history.”

“It’s your body, your ballot, your choice,” Khogali said. “We will not allow forced pregnancy in our state, nor will we sit idly by as the devastating effects of a post-Roe world disproportionately affect people of color, LGBTQ+ communities, youth, low-income people and those who live in rural areas.”

“The Reproductive Freedom for All campaign’s record signing submission reflects the grassroots urgency and energy that fuels this movement,” Stallworth said. “Supporters from every corner of this state, from all walks of life, are signing up to volunteer, donate and share their stories to ensure politicians cannot interfere in our most personal medical decisions. .”

The petition had signatures from every county in Michigan. More than 30,000 people became involved in the RFFA after the US Supreme Court’s draft opinion leaked in May. About 2,000 volunteers worked to circulate petitions and collect signatures from Michigan voters.

The ACLU said “the fight continues at the polls in November.”

The ACLU of Michigan was unavailable for comment at the time of publication.

Clark uses the Montessori method for residents with memory loss