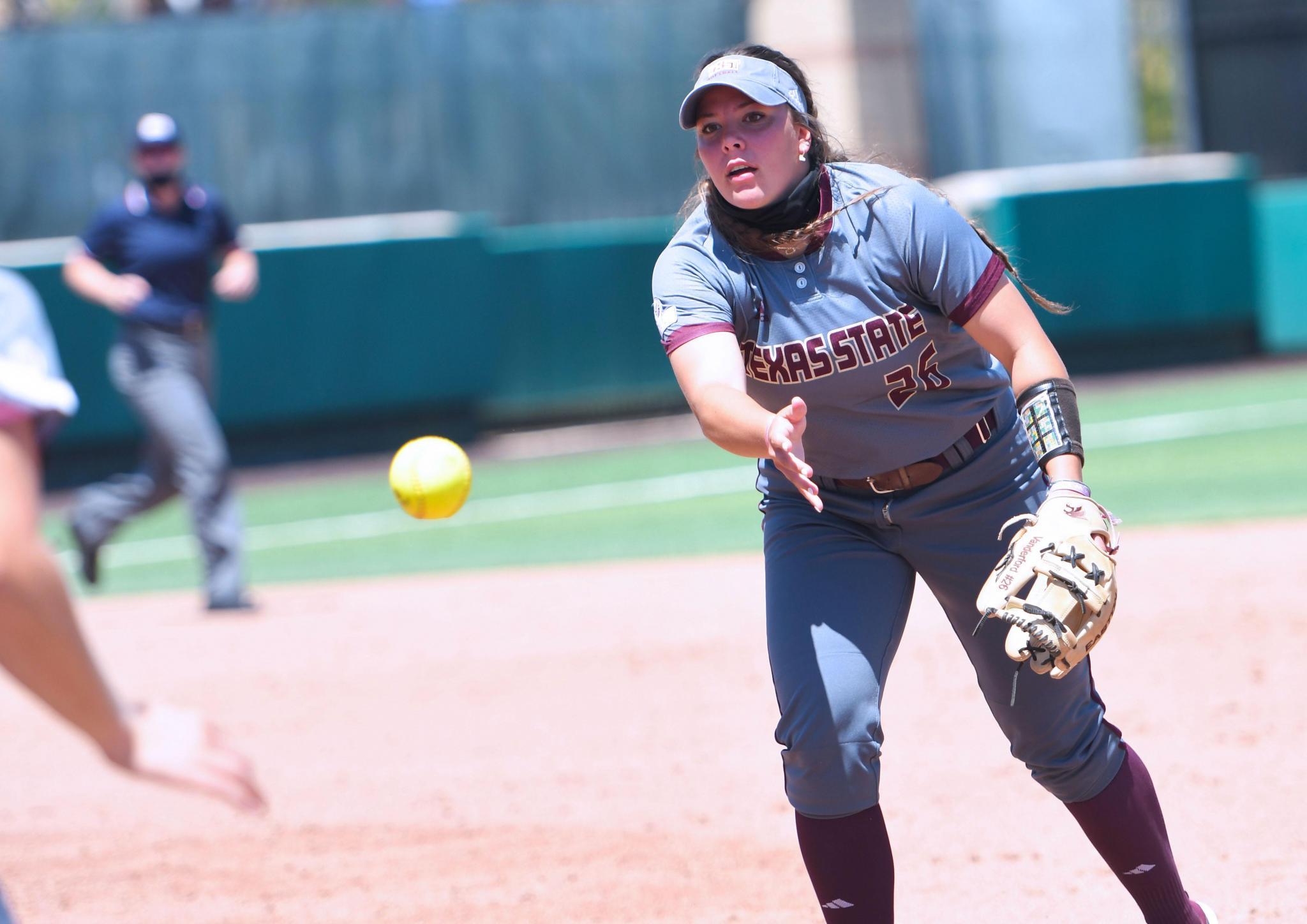 Sara Vanderford’s 2021 season was one for the record books. Vanderford finished in the top-five all-time in Texas State’s single-season records for home runs, doubles, total goals, RBI and hits. She also led the Bobcats to the plate by becoming the second Texas state player to beat over 0.400, finishing 0.405 on the year – the team’s best average.

The Deer Park native has won multiple conference awards throughout her stellar campaign, being named Sun Belt Player of the Week three times during the season. When it came to end-of-season awards, the Sun Belt named Vanderford All-Conference First Team, All-Tournament Team and Freshman of the Year.

Vanderford’s emergence as one of the Sun Belt’s top players in her first full season of varsity softball makes her the Daily Record Newcomer of the Year,

Being compared to Texas state softball legend Randi Rupp isn’t always the easiest thing to deal with. Throughout her 2021 campaign, the first-year right-handed pitcher has written off any doubts she could be one of the next big Bobcats in the circle. Mullins came into the varsity game pitching a seven-innings without a hitting in her debut against Abilene Christian. Mullins didn’t look back, ending the season as an All-Sun Belt first-team selection and leading the team with a 20-6 record and a 1.71 ERA.

The San Marcos Rattler football team made two key additions this year to the All-District 26-6A junior first team, running back Jaidyn Brown and second team linebacker Jake Darling. Brown’s multiple 200-plus-yard performances were essential to John Walsh’s heavy offense and the Rattlers’ push into the playoffs. Darling’s versatility in defense has been a big part of the Purple and White’s defense throughout the year – his various skills have allowed him to play on cover and rush.

With the loss of former outside hitter Layla Diaz, San Marcos seemed to have a hole to fill outside Maggie Walsh. Tarleton State senior entry Joselyn Roberson filled that hole and helped the Lady Rattlers earn their second straight playoff appearance and a 32-13 record. Roberson totaled 120 kills during the year, reaching 0.331%, and was elected to the All-District 26-6A first team.

San Marcos Rattler Baseball’s 2021 season may not have ended the way they wanted, but the play of many talented young Rattlers only showed a glimpse of what their potential could be. RHP freshman Reagan Chomel and second RHP Tito Santos have held the mound for the Rattlers all year. Santos gave San Marcos a chance every time he pitched for the purple and white, allowing just six earned runs throughout the year and being named First Team all-district. Chomel contributed to the plate and the field before being used more as a pitcher throughout the season. The freshman star finished 2021 with 24 RBIs, 56 strikeouts and a 2.27 ERA.

The transfer from Cloud County Community College and the native of Johannesburg, South Africa brought a spark to the Texas state track and cross country team in 2021. -Sun Belt Outdoor Third team on 10,000 yards, but he also qualified for the NCAA Championships after qualifying on the NCAA Outdoor Track and Field West Preliminary Qualifier. Mthembu was named the 2021 Sun Belt Outdoor Athletics Newcomer of the Year for his accomplishments.

Loep had been loyal to baseball before his senior year helped propel the SMA Bears to the TAPPS Division Six-a-side Championship. Loep had an outstanding performance in the third round of the playoffs, amassing one forced fumble, one fumble recovery and four breakage passes. He finished the season with 11 catches for 310 yards and eight touchdowns in addition to 48 tackles, six interceptions and 15 pass deflections.

The trees form the abbey's "river of light"