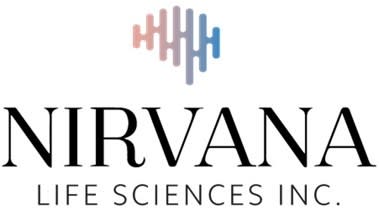 Nirvana Life Sciences Inc. is pleased to announce the development of a new method of producing MDMA (3,4-methylenedioxy methamphetamine) that dramatically reduces manufacturing time. This 3-step synthesis, starting from the precursor safrole, takes only 24 hours, depending on the method of reduction of the ketone to secondary amine used. This is about a third of the time required to complete current production methods using iso-safrole as an intermediate. Nirvana has filed an application with the United States Patent Office for this invention.

MDMA was first synthesized in 1912, but its therapeutic potential has only recently been investigated. The drug is a potent central nervous system (CNS) stimulant whose effect varies widely from other common stimulants found in the same family of phenethylamine compounds. It is currently being studied and used for the treatment of a wide range of psychiatric disorders such as post-traumatic stress disorder (PTSD), depression and anxiety to name a few. MDMA-assisted psychotherapy is currently in phase three clinical trials for the treatment of PTSD in the United States, Canada and Israel. This year, the FDA expanded access to MDMA, allowing its compassionate use in clinical settings by patients who have not had success with other FDA-approved treatment options.

MDMA effectively shuts down the brain’s fight-or-flight response and creates a sense of empathy in patients, allowing them to process trauma more effectively. Drugs increases the amount of serotonin in the synaptic clefts of serotonergic neurons. It also binds to various serotonin receptors and overactivates them, while simultaneously reducing the reuptake of other neurotransmitters, which is the primary mechanism of drug action.

Chief Chemist and Head of Innovation for Nirvana Life Sciences Inc., Robert August, was one of the first researchers to successfully crystallize MDMA HCl monohydrate, a new form of MDMA with increased bioavailability and efficacy. The synthesis method he developed can also be seamlessly integrated into the production of MDMA HCl Monohydrate, which Nirvana Life Sciences Inc. recently announced a patent pending for. With the renewed interest in MDMA research growing in recent years and the growing potential for its use in therapeutic settings, Nirvana believes this breakthrough is a significant step forward in the emerging psychedelic drug space.

Mr. Robert August said, “As a chemist working hard to advance the field of pharmaceutical psychedelics with new and improved therapeutic drugs and their manufacturing methods, advancing this synthetic route and the monohydrate variant for research is an important development. Not only this will save time and money in the production of MDMA, but it also works well with the crystallization of MDMA as the monohydrate.I hope this breakthrough will break down some of the barriers in production, research and the effective therapeutic use of these compounds.

Nirvana Life Sciences Inc. was founded with a simple goal of researching and developing non-addictive pain management and relapse prevention products that alleviate symptoms of chronic pain and support patients struggling with addiction. Nirvana believes the combination of naturally occurring psychedelics with modern medicine holds promise for providing non-addictive therapeutic solutions. Supported by a team of world-renowned researchers, Nirvana will develop life-changing therapies for those suffering from pain and addiction and, in turn, alleviate the financially strained medical system.

Entalpi deploys "The Norwegian Method" via a new coaching platform