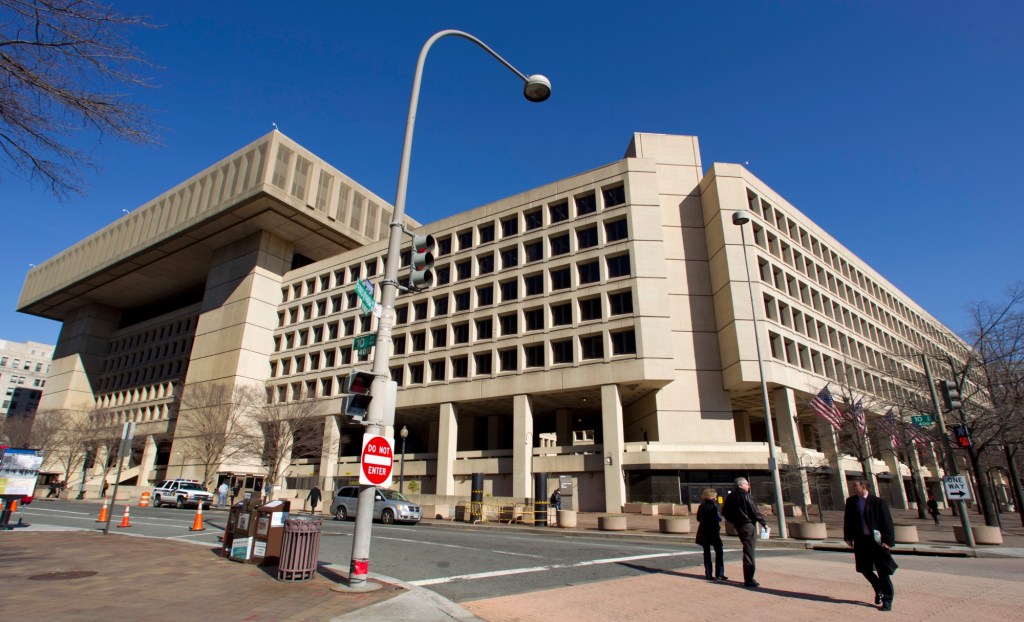 Micky Dolenz is suing the FBI. And rightly so.

The office has a file on the Monkees, the teen idol pop TV group of the 1960s. A seven-page document from the file was declassified and released about a decade ago, but is heavily redacted, giving only a few clues as to why the FBI believed the group posed a threat to US national security. The unblacked-out piece of text reveals that the Monkees were “related to the motion picture industry in the Hollywood area”, something about “additional activities exposing US policy in the Vietnam War”, and a notes that the “highly successful “The TV Series” features four young men who dress like “beatnik types”.

Dolenz and his attorney filed a Freedom of Information Act request in June to see the full, unredacted record and all files on individual members of the group. The law requires the FBI to comply within 20 business days, but this has not happened. It will take a trial and a court order to see the FBI file on the Monkees.

This should give you an idea of â€‹â€‹how FBI management gets away with outrageous conduct. They have something on everyone.

In addition to files on artists who criticized the Vietnam War while dressed as beatniks, the FBI maintains an extensive library of background check files. There’s probably one on everyone who works in or around government, from elected officials and cabinet secretaries to judges and military contractors. Background checks collect a lot of unverified information, such as rumors or gossip from neighbors who answered an investigator’s questions before a confirmation hearing or for a security clearance.

During the Clinton administration, there was a scandal over hundreds of FBI background investigation files that ended up in the White House. “We know the records were in the hands of political operatives, non-professionals, volunteers, teenagers near a photocopier, and people without security clearance,” a congressional committee reported following of an investigation. “We know there was virtually no oversight over this sensitive process.”

Maybe that gave the Clintons something about everyone.

By cooperating closely with a press corps that will protect a confidential source until death, the FBI can change the course of history. When Washington Post reporters Bob Woodward and Carl Bernstein were writing their articles on Watergate, the source they called “Deep Throat” was Mark Felt, the FBI’s associate director. Felt was dropped for the director job when J. Edgar Hoover died in 1972, and after that he secretly provided information to Woodward.

Now let’s talk about what the FBI did before the 2020 election.

In mid-October 2020, the New York Post published an entirely truthful report of emails found on a laptop that once belonged to Hunter Biden. The emails contained details of alleged business deals between Hunter and various foreign companies, including one linked to the Chinese Communist Party. Presidential candidate Joe Biden was potentially involved in an influence peddling scheme when one of Hunter’s business partners, Tony Bobulinski, said an email describing ’10 held by H for the big guy’ referred to a ten percent stake in the deal. for Joe Biden.

Immediately, Twitter blocked the Post’s story from being shared and locked the newspaper out of its account. Facebook has also taken steps to remove the story’s visibility.

Now we learn that the FBI led an effort to ensure that Post reporting on the Biden family was indeed wrongfully censored and discredited.

In an interview last week with podcast superstar Joe Rogan, Facebook CEO Mark Zuckerberg admitted that before the 2020 election, the FBI contacted Facebook employees and told them to be on the lookout. lookout for a “kind of dump” of something similar to “Russian propaganda”. .â€

Who led this operation at the FBI? In July, Senator Chuck Grassley sent a letter to FBI Director Christopher Wray informing him of whistleblower reports that two bureau employees, Deputy Special Agent in Charge Timothy Thibault and intelligence Brian Auten, allegedly conspired to â€œundermine derogatory information related to Hunter Biden by falsely suggesting that it was disinformation.

Thibault had been on leave for a month following the allegations, and last week he quit.

His resignation removes any possibility that the Inspector General of the Department of Justice could investigate him. An IG can only investigate current government employees, not former ones.

Separately, Sen. Ron Johnson said last week his office received whistleblowers alleging the FBI intentionally slowed an investigation into the contents of Hunter Biden’s laptop. Although the bureau obtained the laptop in December 2019, review of its contents did not begin until after the 2020 presidential election.

Meanwhile at Mar-a-Lago, the FBI showed up on August 8 with a search warrant so broad it allowed officers to seize all of the files and papers of the Trump presidency. This would include the binder of Crossfire Hurricane documents that Trump declassified before leaving office. Crossfire Hurricane was the codename for the FBI’s counterintelligence investigation into Trump-Russia collusion, allegations Special Counsel John Durham has now exposed as a total fabrication concocted by Hillary Clinton’s campaign and passed on to the FBI and to the press by her. lawyers.

In March, Donald Trump sued Hillary Clinton for these false claims and the damage they caused. The FBI may have seized attorney-client communications related to this lawsuit. The former president is currently fighting in court to have all seized documents reviewed by a special handler to keep privileged confidential documents out of the hands of the FBI.

It’s a bit late. By now, FBI leadership has likely seen everything relevant to the case, including the judge’s background investigation file.

Something about everyone. That’s quite the business model.