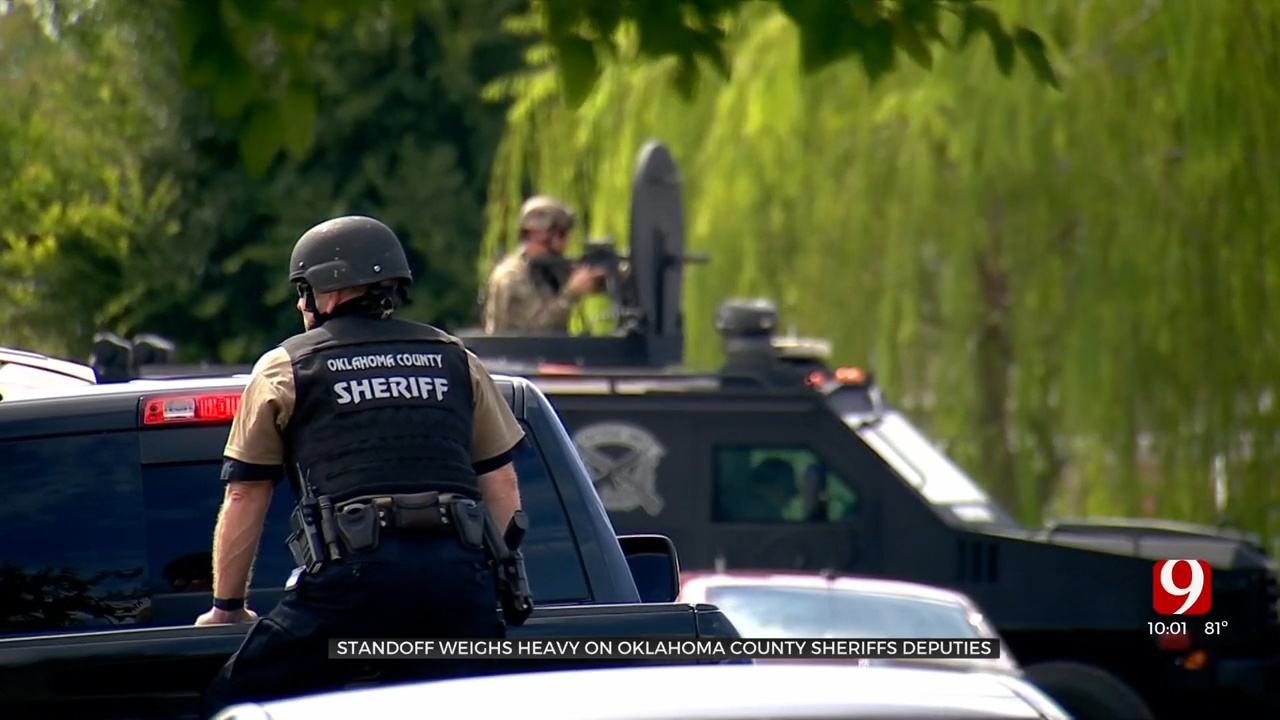 After more than ten hours, the Oklahoma County Sheriff’s Office declared a standoff in southwest Oklahoma City over.

The suspect was taken into custody by the OCSO just after 10 p.m. He will be transported to a local hospital for examination before being taken to prison.

The deputies’ long day turned into a long night after the barricaded suspect refused to come out after several flashes and orders through an intercom in the house.

The sheriff’s office said after losing one of their own two weeks ago, deputies were on high alert.

“It was about 12:20 p.m., our warrant team for information that the gentlemen we’re looking for were in this house here,” said Aaron Brilbeck, public information officer for the Oklahoma County Sheriff’s Office.

The suspect took off in a car before turning around and barricading himself in the house.

“He first encountered what appears to be some sort of motorhome on the side of the house. We filled him with tear gas, so he headed from there to an adjacent window inside the house,” he said.

The deputies first went to the home in 16th South West to serve a trafficking warrant.

“Obviously our guys are on high alert right now. They’re doing the same job that Bobby died. For them to relive that must be traumatic for them,” Brilbeck said.

The Oklahoma County Sheriff’s Office said the suspect had a violent history.

“We were told he might have guns in the house. I don’t know his full story, but I know he has a violent history,” he said.

At this time, the sheriff’s department has not released the suspect’s name.