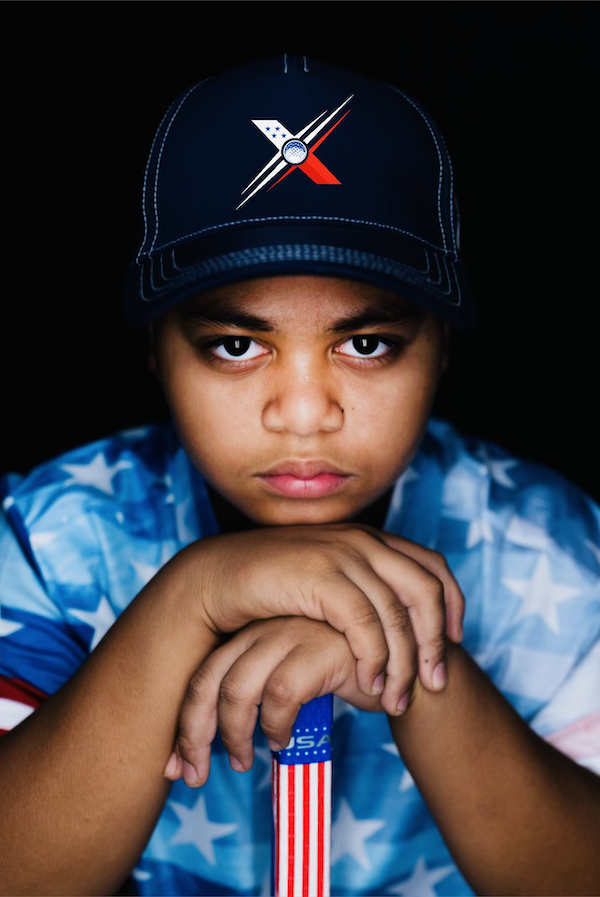 OnCore represents Perez’s first official partnership, and he is one of the youngest golfers in history to sign with a major golf brand before reaching his teens.

“Xeve’s dedication to the game of golf, his inspiring personality and his tournament winning talent against older age groups, is beyond impressive,” said Keith Blakely, CEO of OnCore Golf. “It’s a story of mutual love and respect that began five years ago when we were first introduced to this amazing young man.”

OnCore Golf co-founders Bret Blakely and Steve Coulton met Perez and his parents, Christine and Miguel Perez, at his golf course, Belle Meade Country Club, in Thompson, Georgia, just 30 minutes from famed Augusta National Golf Club. At age six, Perez was already a rising star in Georgia’s hyper-competitive junior golf ranks, and by age nine was ranked No. 1 in the 13-15 age bracket. Perez was a big fan of OnCore’s perimeter weight golf balls, preferring the three-piece ELIXR then, and posted an endearing and commendable video on the company’s Facebook page.

“The OnCore team is a family and we admire, respect and trust its employees who look out for Xeve’s best interests throughout his junior golf career and beyond,” said Miguel Perez. “Xeve also relies on OnCore golf balls and its technological advancements to win tournaments, and he wouldn’t be where he is today without the company’s guidance and encouragement.”

OnCore’s leadership was at hand when in 2021, when Perez, at age 11, became the youngest golfer to ever compete in the International Junior Masters at East Aurora Country Club near Buffalo, NY He s advanced to the semi-finals after beating two highly ranked juniors, ages 17 and 18, and finished in third place.

“Xeve exemplifies everything we look for in an OnCore Ambassador and he now joins a team that includes Josh Allen, Ezekiel Elliott, Erik Compton, Charles Schwab, Tania Tare and many more,” says Bret Blakely. “His performance in highly competitive junior events against much older children is astonishing at first sight; when you know this young gentleman, you see that he is capable of great things.

Nicknamed “X Man”, he was recently featured on NBC Today’s showby Steve Harvey and on The Kelly Clarkson Show where he gave virtual golf lessons to Kelly and guest Jane Lynch.

As one of the nation’s top up-and-coming junior golfers, Perez’s accomplishments include:

“I’m so excited to be part of the OnCore team,” says Xeve Perez. “As far back as I can remember, I’ve loved every one of OnCore’s golf balls, starting with the CALIBER, then the AVANT 55 and ELIXR, and now the VERO X1. But even more, I loved the people at OnCore who always supported me and treated me like family.