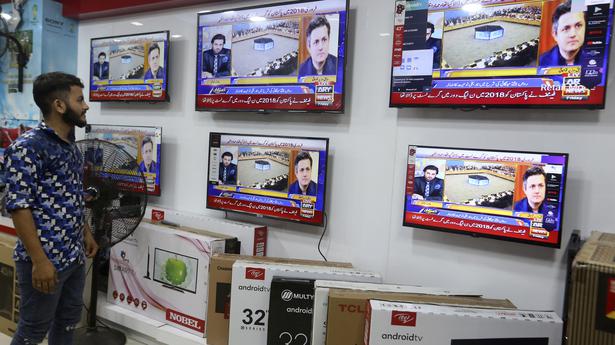 Continuous political commitment in the fight against the financing of terrorism. money laundering led to significant progress: watchdog

Continuous political commitment in the fight against the financing of terrorism. money laundering led to significant progress: watchdog

Pakistan was granted a reprieve from the Financial Action Task Force (FATF) on Friday as the international watchdog announced the country could be removed from the ‘grey list’ after an investigative team visited to verify the measures it has taken to deal with the financing of terrorism. The FATF noted Pakistan’s allegations regarding actions aimed at curbing the financing of terrorism.

The Hindu previously reported that Islamabad was confident of a positive outcome of the current FATF Plenary, as it believed it had “completed” the list of tasks assigned to it by the global body.

According to sources familiar with the process, Pakistan will be officially removed from the “grey list” in October. They said the process really got underway after US Secretary of State Antony Blinken met with Pakistani Foreign Minister Bilawal Bhutto at the UN in May.


Subsequently, most Western countries and China, which are members of the FATF working group, acquitted Pakistan’s case in an internal emergency meeting.

As the decision was made by consensus, India was not asked to vote on the decision, but New Delhi was skeptical of Pakistan’s commitment to completely ending terrorism havens in the country. . The officials also pointed to Jammu and Kashmir where, they said, infiltration was continuing and “small arms and IEDs” were being pushed through the Line of Control. The agencies were bracing for an “increased threat” in the coming months, the officials added.

“Pakistan has continued its tireless efforts to carry out these action plans despite many challenges including the COVID-19 pandemic,” Pakistan’s Foreign Ministry said in a statement after the FATF announced a favorable observation on the actions of Pakistan.

Officials had told The Hindu that Pakistan had received support from the permanent members of the United Nations Security Council to withdraw from the “grey list”. Pakistan was brought back to the “grey list” in 2018, which allowed the country to be closely monitored by the FATF.

The ministry said: “Pakistan has covered a lot of ground in AML/CFT [anti-money laundering and combatting the financing of terrorism and proliferation] area during the implementation of the FATF action plans. Engagement with FATF has led to the development of a strong AML/CFT framework in Pakistan and improved our systems to meet future challenges.

An international watchdog said on Friday it would keep Pakistan on a so-called “grey list” of countries that fail to take all necessary steps to combat money laundering and terrorist financing, but left hope his withdrawal would follow an upcoming visit to Islamabad to determine his progress.

FATF Chairman Marcus Pleyer said an on-site inspection by the watchdog in Pakistan would take place before October and a formal announcement on Pakistan’s withdrawal would follow. He said the FATF commends Islamabad for implementing the organization’s action plans – a clear indication that Pakistan is getting closer to graduating from the “grey list”.

“Pakistan’s continued political commitment to combating terrorist financing and money laundering has led to significant progress,” the FATF said in a statement. The country’s efforts have been sustained, he said, adding that Pakistan’s “necessary political commitment remains in place to support implementation and improvement in the future”.

(With contributions from the agency)