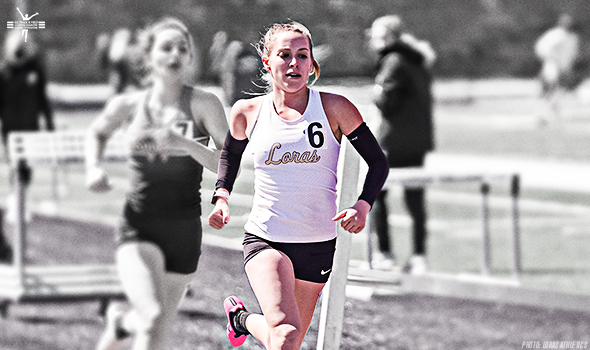 EDITOR’S NOTE: We’ll continue to update this post throughout the weekend.

it’s not slowing down!

Not the athletes. Not the season.

From the USTFCCCA information area: Meetings & Results | Folders and Lists

Impressive performances from collegiate track and field athletes continue to pour in during the outdoor season.

Here are a few that stood out to us last weekend.

Parker does it again!

Kassie Parker had her eyes on history, 400 meters at a time.

By the time Parker crossed the finish line at Cobb Track at Angell Field on Friday night, she had run 25 laps faster than any other female athlete in NCAA Division III history. Parker, who has carved her name into the indoor record books, did so in her first outdoor race, placing fourth in the elite section of the women’s 10,000 meters at the Stanford Invitational in 33:03.61.

Prior to Parker’s record effort on Friday night, the athlete closest to Proulx’s all-time record over the past 19 years was Ithaca’s Taryn Cordani in 2018 with her mark of 33:34.06. And before Cordani, La Verne’s Lenore Moreno was the only other athlete in NCAA DIII history in under 34 minutes since 2009 with her time of 33:49.04 in 2014.

Lauren Gregory of Arkansas won the race in 32:24.21, followed by Amelia Mazza-Downie of New Mexico in 32:55.29. Brighton Phoenix athlete Beth Kidger took third in 33:01.14, with Loras’ standout right behind her in 33:03.61 for another history-changing performance.

It was a good night for the Colorado School of Mines at the Stanford Invitational.

Not one, but two all-time marks have been recorded by the Orediggers at Cobb Track at Angell Field.

Jake Mitchem started the party with a PR 8:37.87 in the men’s elite steeplechase section to finish sixth overall. This effort ranks him 9th on the NCAA DII’s all-time list and makes him the DII leader by over 11 seconds.

Dillon Powell closed out the night for the Colorado School of Mines with a ninth-place finish in the men’s 10,000-meter elite section in 28:22.78 to become the eighth-best performer in NCAA DII history. Powell edged Grand Valley State’s Isaac Harding in 28:25.98 for DII’s lead in the event, which is now No. 10 on the all-time list.

'Responsibility' James Harden gets banged for 76ers form: 'He's supposed to be there to take the pressure off Joel Embiid'