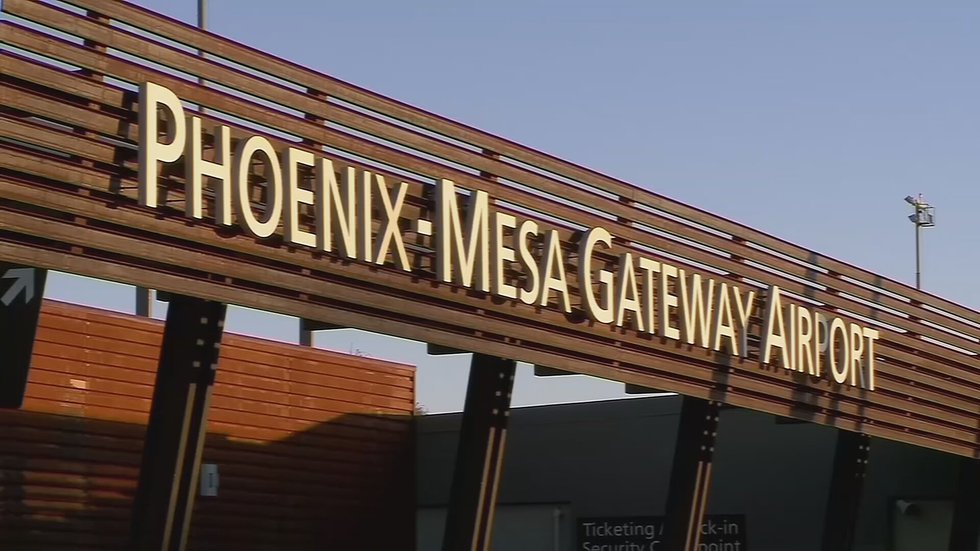 “We’re thrilled because travel is back and people are taking advantage of low fares and throughout the pandemic they’ve kind of been waiting, postponing vacations and now it’s time to go visit this member family and making this trip,” said Ryan Smith, director of communications for Phoenix-Mesa Gateway Airport.

Smith said six of the past ten months have broken records for the growing airport. On average, they see around 10,000 to 15,000 people traveling.

“Each year we continue to grow. Currently, we offer 60 destinations on 5 airlines. As more people discover the convenience and ease of flying from Gateway, they are choosing to fly from Allegiant or our other four airlines,” said Smith.

“We can continue to talk to the airlines and again show how the East Valley continues to grow,” Smith said. “We have space here to expand here at the airport and as more and more people move to the eastern valley this will be the airport of choice and we expect that airlines are taking this into account and looking for these opportunities to grow their business.”

One traveler said he had flown into this airport since it opened to commercial flights.

“When we first started coming there were only 3 doors. You just walked out west, and the car rental place was right there and it’s kind of fun to watch it grow the way it does. did,” Any Tibert said.

There are currently 10 gates at the airport and four of them will soon be renovated. Smith said that there will also be a brand new terminal extension launching in the coming months. The new air traffic control tower will be operational in early fall.