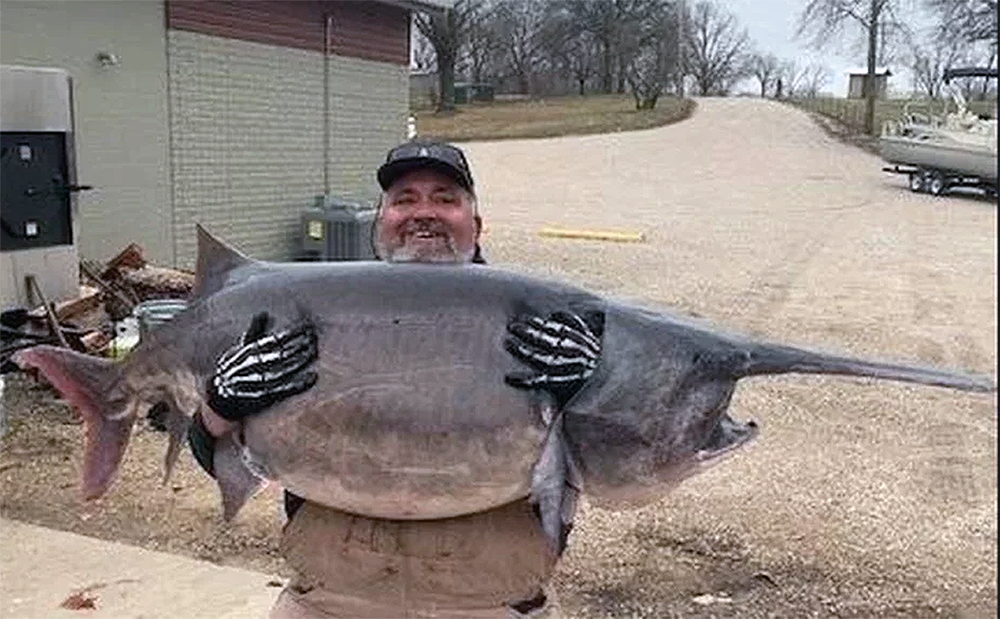 What a difference an ounce can make.

For a Pittsfield angler, that was enough to land him in the record books.

Jim Dain of Pittsfield was fishing March 18 at Lake of the Ozarks when he noticed the telltale tug of something on his line.

“We weren’t having much luck, but decided to fish for an extra hour, so we took another turn,” he told the Missouri Department of Conservation. “And that’s when the reel started to drag. It was like a tree was on the line.

By the time he played the catch in his boat, 20 minutes had passed.

The shark-like fish with a paddle-like snout typically weighs around 60 pounds. So when Dain returned to the boat launch, other anglers suggested he contact conservation authorities.

He did so and found he weighed just enough to top a record-breaking 140-pound, 9-ounce polyatular caught in Table Rock Lake in 2015.

He came home with a place in the Missouri fishing history books and more than enough meals for quite some time.

“We got 16 one-gallon bags of meat from that catch. We fried it, grilled it, and made paddlefish tacos the other night,” he told the Missouri Department of Conservation. “We will have paddlefish for a while”