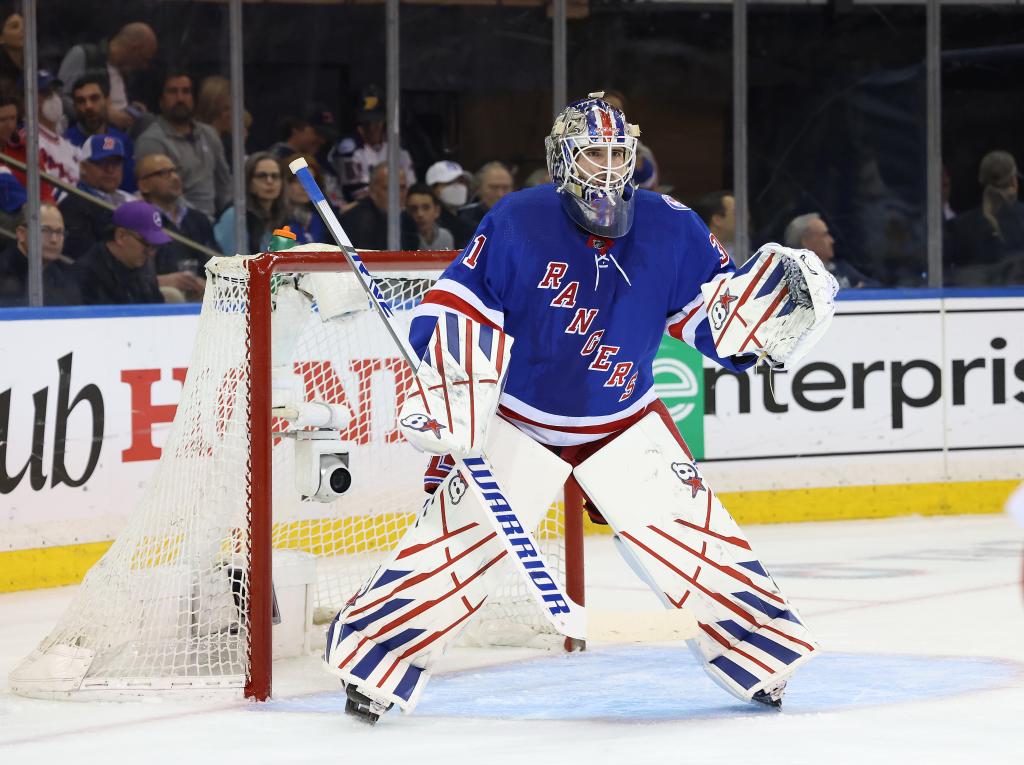 Vezina Trophy favorite Igor Shesterkin showed up again Wednesday night with the season on the line.

Once again, he was the goalkeeper who led Rangers to a surprising second-place finish in the Metropolitan Division and the difference maker who some believe could lead them on a big playoff run.

“He made some real key saves,” coach Gerard Gallant said after Rangers extended their season by at least two more days with a 5-3 Game 5 win at The Garden against the Penguins. “He fights, he plays the puck very well.”

From the start, 26-year-old Shesterkin kept Rangers in, winning big as they were heavily outplayed. And once Rangers took the lead early in the third period, he shut the door. He finished with 29 saves, atoning for being pulled from a pair of shaky performances in Pittsburgh, where he allowed 10 combined goals on 45 shots as the Rangers lost Games 3 and 4.

Sign up for the starter lineup for the biggest stories.

History has not repeated itself at the Garden. Shesterkin played like a star, limiting rebounds and making big saves throughout the night. Chants of “Igor, Igor, Igor” began before the opening face-off and were heard for most of the night. He played much more like he did when Rangers split the first two games, when he stopped 118 of 124 shots for a .952 save percentage. He made 15 saves in the final period on Wednesday and blanked the Penguins in the final period by 21:54.

Post Sports+ members, register ask Mollie Walker to text you the final word on Rangers and respond with your thoughts and questions. Not yet a Sports+ member? Try it now.

The night began ominously. After just 24 seconds, the Penguins had a 5-on-3 power play. But the shorthanded and Shesterkin were up to the challenge, killing him and setting the tone.

“It was a big part of the game, honestly,” Gallant said.

Just like his goalkeeper, who got up from the mat after being humiliated on the road. In doing so, he gave himself a chance at redemption in front of rowdy Penguins fans at PPG Paints Arena on Friday night.